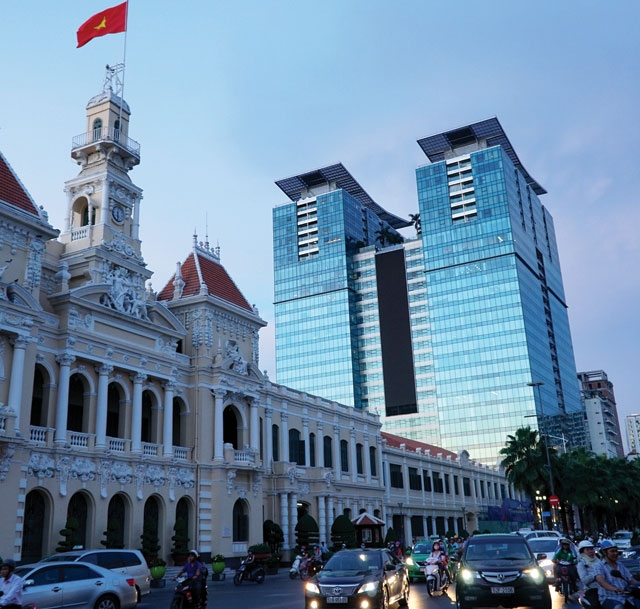 Looking prior to 2016, the level of confidence of Vietnamese CEOs has, in fact, been higher than their regional peers for the last three years.

In PwC’s latest APEC CEO Survey, which covered over 1,100 business leaders in Asia-Pacific Economic Cooperation (APEC) economies, it asked how confident CEOs are about their revenue growth in the coming 12 months.

In many ways this result is what people expected. Vietnam is still an emerging economy and there is still a lot of potential for businesses, both domestic and foreign.

Respondents to the PwC survey hinted that the bright spot in Vietnam lies in its growing market size, coupled with favorable factors such as a positive GDP growth outlook.

With a growing population of 92 million, Vietnam offers opportunities through the rising disposable income and purchasing power of its middle class.

Vietnam-based CEOs proved to be nearly twice as confident as their APEC counterparts, with 50 per cent of those from Vietnam replying “very confident” compared to the APEC average of 28 per cent.

While economists expect GDP growth to be somewhat moderate in 2016, the country rests among the faster-growing in the region. Lower-cost skilled labor and Vietnam’s involvement in several trade deals have also added to its appeal in the last couple of years.

But will this confidence last? Though the aforementioned advantages are likely to persist, businesses do expect stiffer competition from the region and continued challenges in navigating the regulatory framework of not only cross-border but also domestic operations. If not dealt with properly, these factors might hinder confidence in revenue and profit growth in the longer term.

When asked to identify their competition, Vietnamese CEOs said that their biggest rivals are more likely a regional leader in the APEC economies (41 per cent) than a multinational company from a developed economy (27 per cent) or an emerging economy (27 per cent). Indeed, regional capabilities have become the benchmark for many Vietnamese companies as firms from China and ASEAN countries expand their footprint in the country. At the Vietnam M&A Forum held in August, experts even warned about the possible rise in hostile takeovers by regional players and subsequent loss…

US Exit from Trans-Pacific Partnership Represents Lost Opportunity for Asia