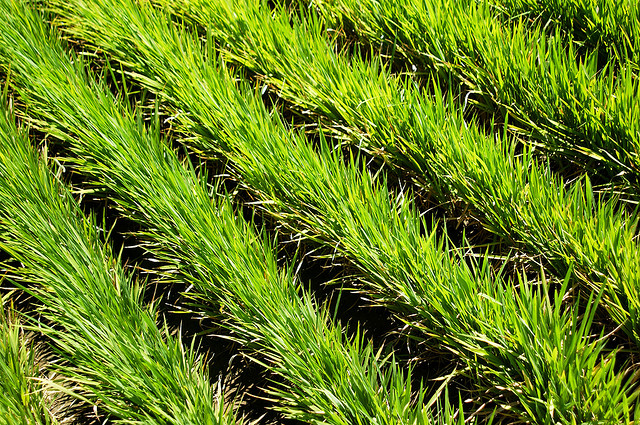 The embattled government is incapable of paying farmers for rice purchase under its highly-criticised  subsidy scheme, according to a former Democrat MP. Warong Dechgitvigrom, former MP from Phitsanulok, said the government could not meet the Jan 15 deadline to pay farmers who have sold rice from the 2013/2014 crop under the scheme.

He said it is highly possible that former commerce minister Boonsong Teriyapirom will be charged by the National Anti Corruption Committee NACC with corruption in the government’s rice sales on a government-to-government basis.

The NACC is scheduled to announce its investigation of the scandal today. Dr Warong called on the NACC to also include caretaker Prime Minister Yingluck Shinawatra in the investigation in her capacity as chairperson of the National Rice Policy Committee. Jurin Laksanawisit, Democrat deputy spokesman, said the government has also postponed payment of rubber purchases from southern farmers to Feb 14.

He said the payment after the Feb 2 general election could be interpreted as an attempt to press farmers to vote for candidates in the government bloc. More than 400 farmers in Bangsai District, Ayutthaya, lodged complaints with the Internal Trade Department ITD, saying the government has yet to pay at least Bt87 million for rice in the 2012/2013 crop under the pledging scheme.

Nopporn Linthong, ITD deputy director general, gave assurances to farmers that they would be paid on Monday. Ayutthaya farmers have sold rice from the 2013/2014 harvest at a total value of Bt1,575 billion but have received only Bt945 million while the remaining Bt630 million has yet to be paid to them.

In theory, the policy makes perfect sense. If you pay farmers above the market rate for paddy they will earn more, Thai rice – already known for its quality – will rise in price and in turn force up prices on world markets.

But at 15,000 baht a ton, and 20,000 baht for high-quality Hom Mali jasmine, critics argue that Thai rice has simply become too expensive. As the government has struggled to sell rice to foreign governments at cost price, an increasing stockpile has accumulated costing the taxpayer a spiraling bill.

A recent Senate report said public debt, which was 42.4% of GDP at the end of 2012, would rise by an average of 4% per year if the scheme continues, and the Prime Minister  has already admitted as much. Having spent 300 billion baht on its rice-pledging scheme this year, the government has earmarked an additional 405 billion baht  for 2013, a combined roughly U.S. $33 billion.

Udon Rungfah, manager of the Buri Ram branch of the Bank of Agriculture and Agricultural Cooperatives BAAC, said the bank was unable to pay over 2,000 farmers who have sold their rice as it has yet to receive a Bt68 million budget from the government. One of the farmers, Buaphan Kunrak, said he has sold rice under the subsidy programme for nearly three months but has not received payment, adding that he has to use his land title deed as collateral to borrow from the BAAC to pay debts.