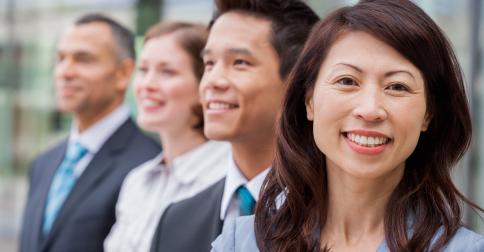 The lack of gender parity in leadership roles, pay and conditions is a worldwide phenomenon but particularly pronounced in Asia.

As described in a white paper released on the occasion of International Women’s Day, our findings from in-depth interviews with 42 men and women across Asia’s financial services and technology industries, show that 86 percent of respondents believe gender discrimination is still prevalent in the Asian workforce.

Meanwhile 79 percent felt that this discrimination is mostly unconscious, meaning without the intent to discriminate.

Caused by widespread “second generation gender bias”, such discrimination is particularly dangerous because it is hidden. It is one reason for the numbers of women managers rapidly tapering off as they ascend the Asian corporate ladder, leaving the higher echelons of management and boards overwhelmingly populated by men.

Gender initiatives to bridge the gap have so far failed to connect. Statistics like female board representation rates demonstrate this.

Singapore is only at about half of its stated target of 20 percent by 2020 and while the situation looks better in Australia (27.4 percent), there is still a long way to go. In many ways, Asia is still catching up with basic initiatives already prevailing in many parts of the world.

The good news is that executives we spoke to across the region, both men and women, recognised the need for urgent action. They shared with us a clear picture of what’s working, what isn’t and what companies need to do more of. We interviewed women in senior leadership positions and mid-level roles, as well as men in senior positions (who were identified as champions of change by their women colleagues).

One finding that came through clearly was that men have an important role to play in advocating for and enabling the advancement of women.

While women-only networks and support groups help, women want men involved even with these activities. Christine Lam, CEO of Citi in China, noted:

“We are preaching to the choir if we keep telling each other that we are good enough. Involve men – don’t do women-only stuff. You are excluding diversity when you do that.”

Active male advocacy is considered essential to bring about the kind of radical change that is sorely required today. Without this, the pace of change will continue but it will to be too slow. Because men still make up the bulk of leaders, women’s careers can be greatly influenced by their involvement. In fact, all but one of the senior women we interviewed stated that men in influential roles have had a positive impact on their careers.