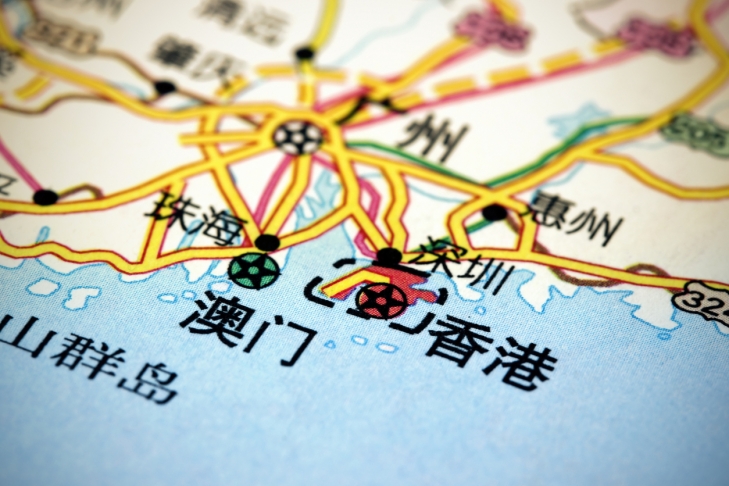 In recent years, Hong Kong and Shenzhen have experienced an explosive growth in the start-up support ecosystem.

The start-up rates recorded a staggering increase in Hong Kong and Shenzhen from 2009 to 2016, according to a research report written by Prof. Kevin Au at the Chinese University of Hong Kong(CUHK) Business School‘s Center for Entrepreneurship(CfE) and his collaborator, Dr. Marta K. Dowejko, former post-doctoral fellow at the CfE and now Research Assistant Professor in Entrepreneurship of the Department of Management at Hong Kong Baptist University’s School of Business.

“The last time we measured the intensity of start-up activities in Hong Kong and Shenzhen was in 2009. Since then, both cities have experienced a tremendous growth in their entrepreneurship support ecosystems,” said Prof. Kevin Au, Associate Director of CfE and Associate Professor at the Department of Management of CUHK Business School, who led the study with his partners in other research institutes.

The study is part of the global initiative, Global Entrepreneurship Monitor (GEM), which is the world’s foremost comparative study of entrepreneurship and a trusted resource on entrepreneurship for key international organizations such as the United Nations, World Economic Forum, and World Bank.

The positive change was seen not only in early entrepreneurship rates but also in a major shift in attitudes and entrepreneurial intentions.

According to the researchers, cultural conditioning and attitudes towards entrepreneurship, perception of own skills, and exposure to entrepreneurship practices all had a positive impact on intentions to start businesses. In addition, successful entrepreneurs are also regaining their high status and are promoted by local media in both Shenzhen and Hong Kong.

“It is worth noting that while entrepreneurship rates are on the rise in Hong Kong and Shenzhen, they are declining in other places in China. The two cities have developed a regional start-up culture and entrepreneurial ecosystem that operate quite differently from the rest of mainland China,” Prof. Au pointed out.

In terms of industry sectors, although with a decreasing share in the economy, consumer-oriented services (e.g. restaurants, retail stores, rentals, repairs, etc.) still represent the largest industrial sector of interest for early-stage and established firms from Hong Kong and Shenzhen. Business-oriented businesses are on the rise, though with a lower share when compared to other innovation-driven economies. Overall, both cities are undergoing a positive industrial makeover, aligned with the structural composition of other innovation-driven industries.

In Shenzhen, early-stage entrepreneurs recorded the highest proportion of ventures active in technology sectors than in any other economy in the study.

As much as 17.2 percent reported their businesses being high to moderately advanced in technology terms, and seven times higher than in 2009.

Similar pattern was recorded for established ventures in Shenzhen – the city became the leader of efficiency-driven economies in the share of activity in technology sectors with 15 percent of established business owners reporting such capacity.

This was sufficient to increase the overall profound market impact of Shenzhen-based ventures, whereas in Hong Kong, the share of early-stage entrepreneurs active in technology sectors almost quadrupled in Hong Kong as comparing to 2009, but entrepreneurs reduced their overall assessment of their market impact.

According to the study, firms with profound market impact are still rare in Hong Kong and their proportion has slightly decreased since 2009. More low-impact businesses were founded, providing some product or market innovation combined with innovative technologies.

In general, a business is considered having high impact when it delivers a profound market expansion; its products or services are novel to customers; or when it has little or no competitors.

However, in Shenzhen, the share of high-impact businesses is on the rise with firm owners reporting the use of newer technologies more than those of Hong Kong firms. On the other hand, Hong Kong early-stage firm owners declare providing better product or market innovation combinations than their Shenzhen counterparts.

“Hong Kong is oriented toward new products and new market combination, whereas Shenzhen has the highest proportions of start-up activities in the high technology sectors,” added Dr. Dowejko.

Hong Kong economy has always been internationally oriented and it is no surprise that the city ranked highest in the cross-country comparison in terms of its percentage of businesses with more than 50 percent of revenue generated outside of the domestic market. Within the economy of 2016, 29 percent of Hong Kong’s early-stage businesses generated more than 50 percent of their revenue aboard, as compared to 10 percent in Shenzhen which focused more on their local market with the development of the Chinese economy.

“This is closely related to the size of domestic markets for both cities. Hong Kong will continue as the go-to city for international markets,” said Prof. Au.

As such, Prof. Au believes that there are a lot of potential for Hong Kong and Shenzhen to cooperate.
“The two cities don’t really compete with each other for customers, but have very high complementary skill assets for reaching out to global customers around the world,” he said.
Based on the report, he recommended three areas in which the two cities could collaborate to increase their international competitiveness:
Leverage the natural industry compatibilities between Hong Kong and Shenzhen and build cross-border industry associations. For instance, jointly develop industries such as Internet-of-Things, Smart City, Fintech and E-commerce.
Develop a shared cultural understanding of each other. For example, establish joint or cross-border education, whereby the two cities could invest in opening more world-class academic institutions catering to students around the world.
Coordinate government policies for entrepreneurship between the two cities. For example, introduce joint visas for entrepreneurs that would facilitate cross-border operations of start-ups.

“Shenzhen’s start-ups are well geared to deliver innovative ideas with high growth potential, and Hong Kong’s entrepreneurs possess the know-how in taking ideas to the next level and ensuring their long-term sustainability,” remarked Dr. Dowejko,

“So the two cities are in the perfect position to build a highly unique and internationally competitive start-up hub with unparalleled ecosystem compatibility.”
“If Hong Kong and Shenzhen join forces in the formation of complementary advantages on entrepreneurship, it would strengthen the international and mainland competitiveness for both. This can be the first step towards the development of the Hong Kong-Shenzhen megalopolis. Few cities or regions in the world can match us,” concluded Prof. Au.

This article is republished with permission by China Business Knowledge at Chinese University of Hong Kong Business School. You can  access the original article here.