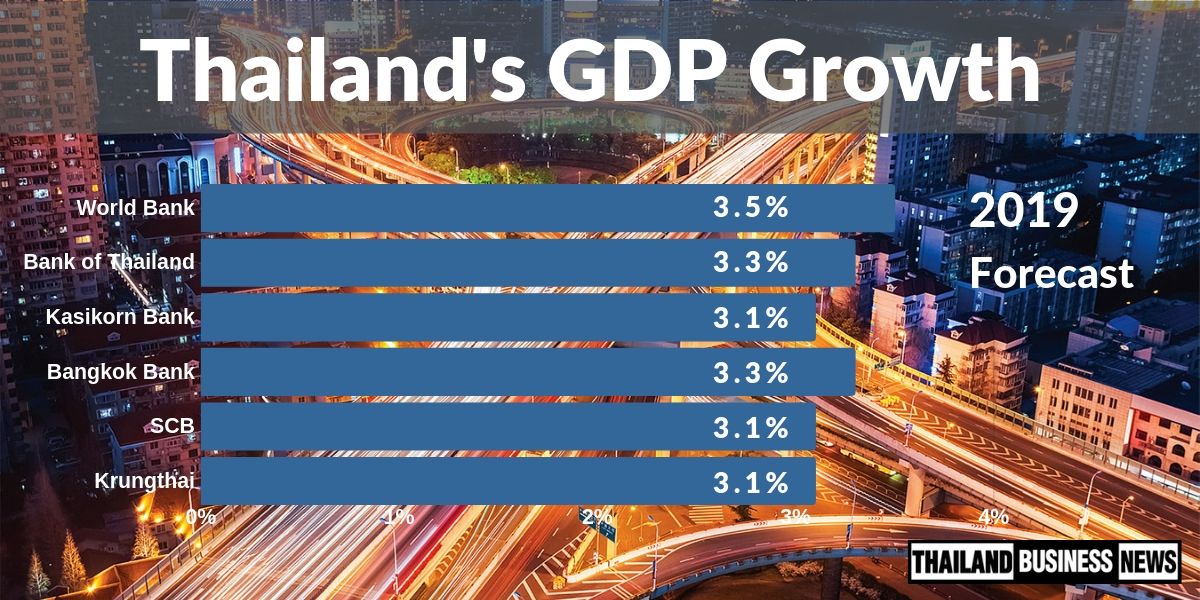 The International Monetary Fund (IMF) announced its downward revision of global growth estimate in 2019 to 3.3%, down from 3.5%, and of global trade volume estimate to 3.4% from 4% as previously assessed in the World Economic Outlook in January 2019.

The IMF views that there remain key risks to global growth including the trade protectionist measures, a slowdown of the Chinese economy following domestic economic reforms and trade war, a slowing growth of the Eurozone due to domestic factors in many member economies, Brexit uncertainty, and tightening global monetary conditions that continue to weigh down on global growth.

As a result, roughly 70% of the global economy, which covers almost all key regions, faces a larger-than-expected slowdown of its economy in 2019.

However, the IMF expects global growth to pick up in the second half of 2019, while in 2020, the global economy will be driven by developing and emerging markets (EM) whose economies will become more stable and expand well in 2020.

In addition, there will also be supporting factors from monetary policy stances of central banks of major economies that will be more accommodative, China’s economic stimulus measures through both fiscal and monetary policies that will gradually lend support to its growth, and factors holding down growth of the Eurozone which will likely ease such as a slowdown of the auto industry in Germany and the political turmoil in the region.

IMF cuts its growth forecast in 2019 of developing markets (DM) led by the Eurozone, whose growth is likely to slow down more than expected given country-specific risks and Brexit uncertainty.

These risks include, for example, a slowdown of the auto industry in Germany due to a new emission standard, a continual rise of Italian government bond yields since its public debt crisis, and the yellow vest protests in France, as well as Brexit uncertainty which is highly uncertain and has continued to eat away business confidence in the region.

With regard to the US, its projection for growth in 2019 is adjusted downward to 2.3% (from 2.5%), reflecting a negative impact from the government shutdown in January 2019. However, the US economy overall still expands above its potential level.

Meanwhile, Japan’s economic growth is revised down to 1.0% (from 1.1%), where its industrial and export sectors were hit by a slowdown of the Chinese economy in the first quarter of 2019. This led to a fall in producer confidence.

In 2020, the IMF assessed that DM economies will slow down to 1.7% from 1.8% in 2019, as positive effects from tax cuts in the US will begin to subside, while the Japanese economy may be pressured by an increase in consumption tax in October 2019.

IMF revised down its growth forecast of emerging markets (EM) in 2019 from a slowdown of the Chinese economy and economic downturn in some countries evolving since 2018.

The IMF reduced its growth forecast of EM in 2019 to 4.4% (from 4.5%), where regions with the biggest downward revision include Latin America and the Middle East.

These countries still face pressures from a political turmoil, economic downturn in Argentina, Venezuela, and Iran following sanctions by the US, while supports from oil prices are expected to decline and adversely affect major oil-exporting countries such as Saudi Arabia and Iran.

In 2020, EM economies are expected to expand around 4.8% driven mainly by economic stimulus measures in several economies and global trade that is likely to recover if the US-China trade war does not intensify.

IMF expects global growth to pick up in the second half of 2019 and continue in 2020, led by growth of EM economies, whereas DM economies will likely continue to slow down.

Global growth in 2020 will be driven by a better outlook of EM economies supported mainly by growth of China and India at 6.1% and 7.5%, respectively.

China has stimulated its economy through expediting public investment and supporting the business sector, in tandem with a continued decrease in the reserve requirement ratio (RRR) in order to maintain stability and credit in the financial system.

Similarly, India’s monetary policy stance became more accommodative and fiscal stimulus measures are expected to be implemented to support the continuation of growth, especially in investment and consumption.

Meanwhile, economies of many EM that experienced crises in 2018, including Turkey and Argentina, are expected to be more stable and recover beginning in the second half of 2019.

Furthermore, global growth recovery in 2020 at 3.6% will also benefit from more accommodative monetary policy stances of central banks of major economies and declining downside risks to growth of the Eurozone if agreement on Brexit can be reached. Thus, in the medium term, the IMF forecasts growth in 2020 to continue expanding at around 3.6%.

IMF sees high uncertainties on the global economy in 2019, but possibility of a recession is still low.

Trade protectionist measures will likely affect trade and investment in a broad manner, although the US has seen some progresses on the negotiation with China and on the USMCA which will replace NAFTA. However, there remain risks to global growth from the increase in import tariffs on auto and auto parts by the US, which is under consideration of President Trump.

Meanwhile, the US has recently threatened to increase tariffs on imported goods from the EU for unfair trade practices worth approximately USD 11 billion as the EU subsidizes the aircraft industry within the region which affects the US aircraft industry.

This has led to uncertainties on global trade policies and impacts on consumer confidence, while the private sector will likely deter consumption and investment in the period ahead.

Moreover, considering uncertainties by region, in the Eurozone, Italian government bond yields remain high, reflecting risks that have not subsided and possibilities of the banking crisis in Italy if liquidity is to be tighter than expected. In addition, there remain risks of no-deal Brexit which will cause a severe impact on both supply chains and trade costs of the UK and countries in the EU.

Meanwhile, in the US, the credit cycle is currently at the end of an upward cycle, considering rising share of private debt instruments with low credit ratings and the amount of covenant-lite loans that is more than in the past. This can increase default risks of businesses in the US if the US economy slow down more than expected.