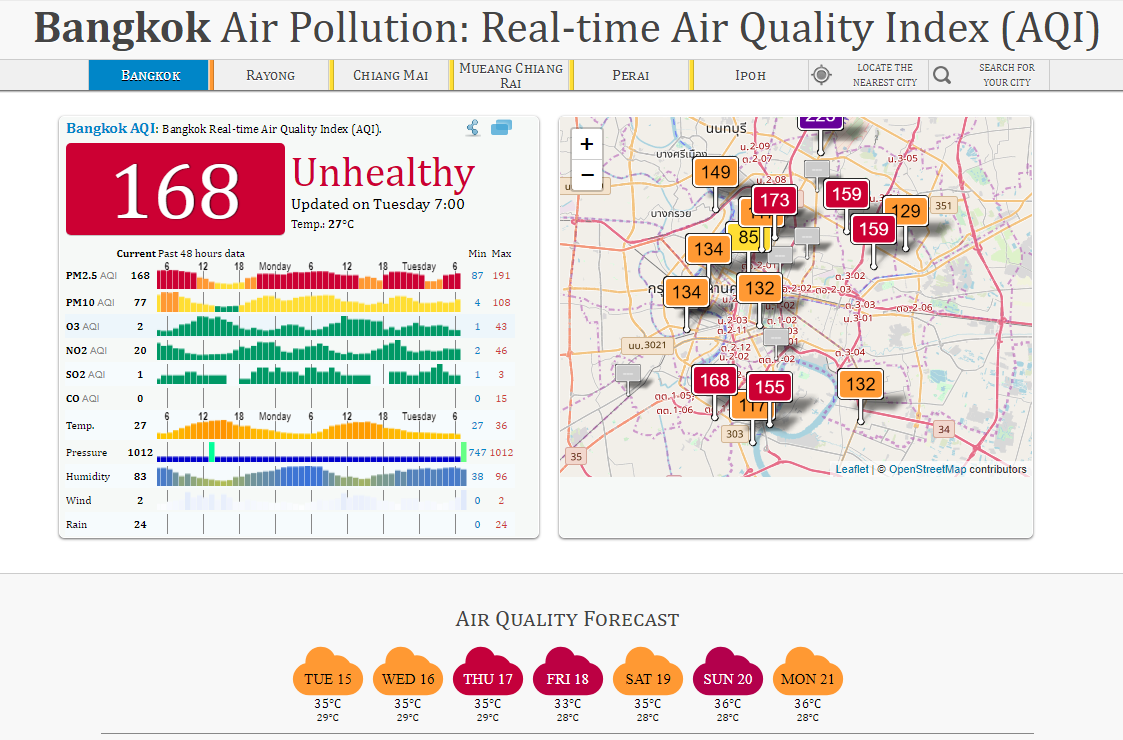 Bangkok has been engulfed by smog for the past few days, raising questions about how seriously the authorities are taking the air pollution problem in the Thai capital.

It has been almost a week since the PM2.5 level in Bangkok rose significantly, forming a thick layer of smog over the city, but authorities are still scrambling to find solutions to help ease the problem

“Air pollution is really a silent killer and many Thais underestimate the danger to their health, so not many people protect themselves by wearing a facemask or installing air purifiers at home,” Witsanu said.

According to the World Health Organisation (WHO), each year there are more deaths from air pollution than from Aids and malaria combined.

The average deaths every year from these two diseases are around 2.36 million people, while deaths from all kinds of air pollution were as high as 6.3 million.

While warning of serious financial costs to match Witsanu emphasised the importance of the authorities taking air pollution seriously and immediately tackling the problem at its root.

He called for monitoring construction sites and limiting cars on the streets, rather simply telling people to wear facemasks.

The Pollution Control Department has introduced measures to improve its system for measuring air quality, but Greenpeace Thailand country director Tara Buakamsri said there is still room for improvement to ensure safe air. Here are his suggestions.

3 Promote the use of clean, renewable fuels in the transportation sector.

6 Give people incentives to walk, ride bicycles and switch to electric vehicles.

8 Add more urban green space as much as possible.