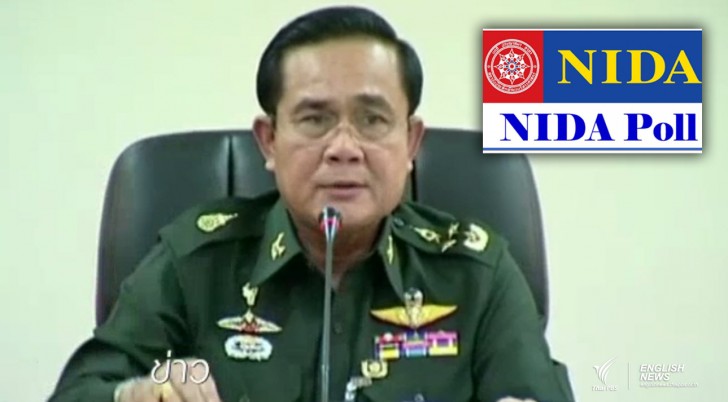 But is Pax Prayuth sustainable ?

After long period of constant disorders and demonstrations in Bangkok, many people are satisfied with the absence of street protests and political violence that continued for several months before the coup. Others are happy with the NCPO’s crackdown on weapons.

Just a month after the May 22 coup, the ruling National Council for Peace and Order (NCPO) has managed to win support of different groups with essentially populist policies that aim to “return happiness to the people”.

Some 800,000 rice farmers were quickly paid the Bt90 billion owed to them by the ousted government, while live broadcasts of all World Cup football matches on free-to-air TV have also proved a hit.

The latest opinion survey showed that the NCPO’s five most impressive actions were :

Sukhum Chaleysab, from Suan Dusit Rajabhat University, said previous governments had failed to solve these problems and their solutions were hampered by the fact that those behind such vices were politicians.

“The NCPO should make sure that the mafia figures are punished, even if they have connections with politicians or men in uniform,” he said to The Nation.