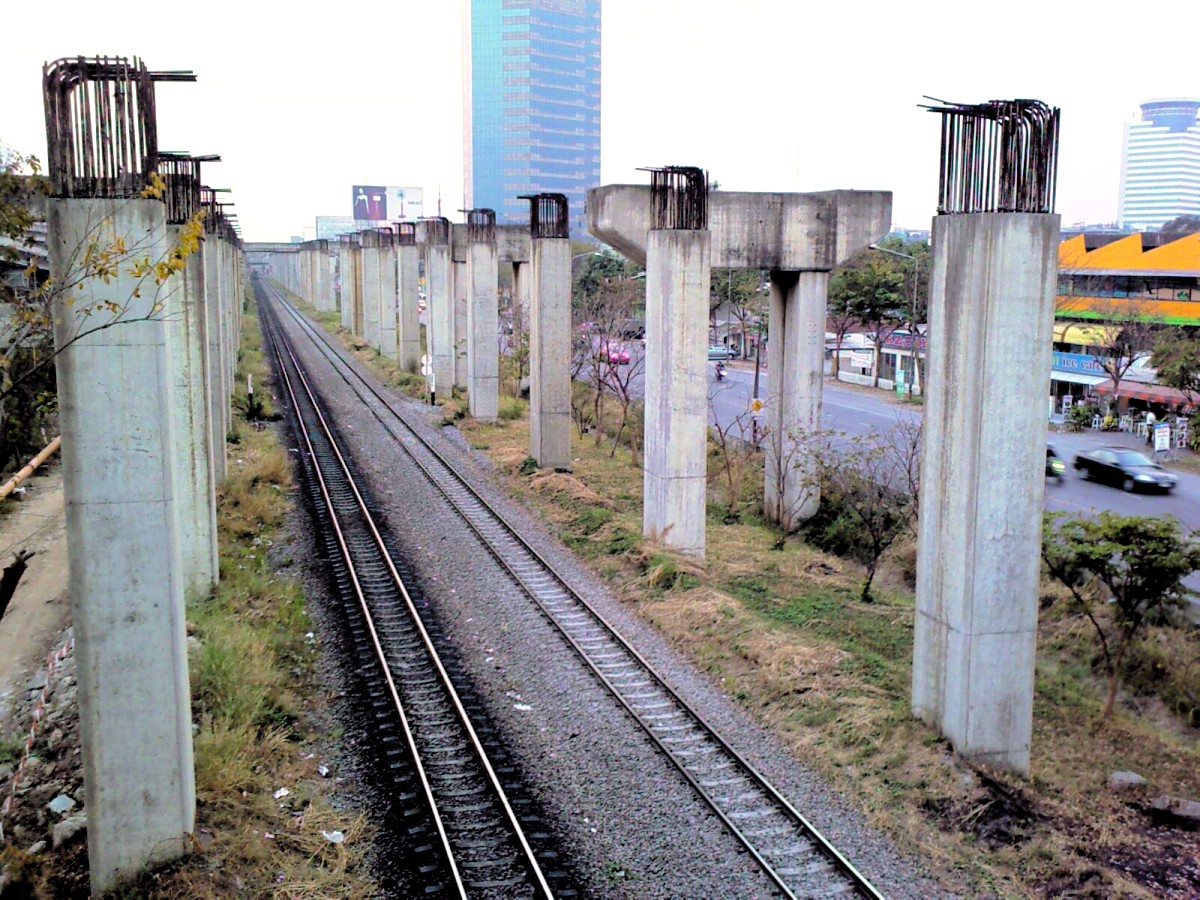 Most people in Thailand, be they business people, foreign investors or the public, would agree the country urgently needs to invest in building, extending and upgrading its public infrastructure.

At the same time, they would also cast doubt over the administrative transparency of infrastructure projects.

For many years, political instability resulted in many large-scale public infrastructure projects being delayed. That changed when the military government came into power in 2014.

According to the latest transportation infrastructure development plan, Thailand is expected to spend at least 1.8 trillion baht on megaprojects during 2015-2022.

The megaprojects cover all three modes of transport: land, sea and air. More than 80% of the budget will be managed by state enterprises. For example, the State Railway of Thailand (SRT) will be in charge of highspeed rail projects.

Taxpayers may question the value for money of some of these projects. This is because Thailand had previously experienced many scandalous “white elephants”, or projects that are expensive to build and maintain but of little use.

The two most notorious white elephants back in the 1990s were the Hopewell elevated railway project in Bangkok and the Klong Dan wastewater treatment project in Samut Prakan province.

Recently, many members of the public have cast the same doubts on plans for the Chao Phraya riverside promenade and highspeed railway links.

Even for projects that appear to go down well, people still have questions over the transparency of their procurement process and potential mismanagement of construction contracts.

Many state enterprises have recently been embroiled in alleged corruption in procurement.

Public hearings can help put projects to debate and scrutiny. Open forums allow stakeholders to voice their concerns and keep authorities informed of additional data, information and facts they may have overlooked.

Unfortunately, most government agencies are hostile to public hearings or public forums. They are usually reluctant to disclose information about their plans even though disclosure of such information is mandatory under the Official Information Act. This is because they want to avoid complications that may arise from public scrutiny such as delays in the implementation plan of those projects.

Penalties for non-compliance with the act are light, which also explains why many state agencies keep information to themselves.

One has to file a petition to the Information Disclosure Tribunal in order to gain access to information in cases where a state agency refuses to divulge details of projects.

Early this month, the tribunal ordered the Office of the Permanent Secretary of the Ministry of Transport to disclose two memorandum of understanding (MoU) documents signed between the government, China and Japan governing the 350-billion-baht rail development project.

The Ministry of Transport earlier refused to disclose the documents on the ground they are bilateral agreements which Thailand made with the governments and that disclosure may jeopardise relations.

State enterprises also have a similar track record when it comes to disclosure of information. A survey by Thailand Development Research Institute (TDRI) in 2013 points out most state enterprises did not fully disclose their procurement information on their website as required by law.

Another survey – conducted upon the launch of the Construction Sector Transparency initiative or CoST (a new tool that initiates mechanisms for disclosure of information at all stages of state investment projects) early this year – showed similar results.

It revealed state enterprises operating in key infrastructure sectors disclosed less than a third of the information required to be made public by law, in particular information on procurement contracts and construction progress reports.

This trend does not bode well for the transparency of many megaprojects, most of which will be handled by state enterprises. The fact that procurement in megaprojects is often shrouded in secrecy does not go unnoticed.

Two years ago, the government of Gen Prayut Chan-o-cha issued a cabinet resolution adopting international practices on transparency and good governance in public procurement. One of them is the CoST initiative which has been implemented by 17 countries around the world.

In a nutshell, a country that subscribes to the CoST initiative must – at a minimum – disclose state procurement contracts to the public and prepare annual reports on cost and time overrun issues.

A steering committee, whose members include representatives of civil society such as the Anti-Corruption Organisation of Thailand and the Council of Engineers, is designated to supervise the implementation of projects, in particular disclosure of information.

If properly implemented, taxpayers can, at least, entrust the committee to closely monitor large infrastructure projects their behalf.

Since last year, the CoST initiative has been applied to five construction projects with a combined budget of 90 billion baht. The largest one is the Airport of Thailand’s (AOT) 62-billion-baht expansion of Suvarnabhumi International Airport (Suvarnabhumi Phase 2).

With the CoST initiative, the improvement in information disclosure is evident. Initially, the AOT did not publish online any documents concerning the project.

Thanks to the supervision of the steering committee, the AOT later disclosed documents including the construction contracts which were previously regarded as confidential.

This is an example of how to prevent the squandering of public money in mega-construction projects by making the procurement process more transparent. Disclosure of information at its best should happen at the early stage of project implementation.

However, there is no perfect formula. Thailand’s adoption of transparency initiatives such as the CoST is just the beginning of a road to transparency in public projects. Public scrutiny is still necessary to keep government spending in check.

Tippatrai Saelawong is a researcher at Thailand Development Research Institute (TDRI). Policy analyses from the TDRI appear in the Bangkok Post on alternate Wednesdays.