The equivalent of 400 million jobs have been lost world-wide, 13 million in the U.S. alone.

Global output is on track to fall 5% this year, far worse than during the financial crisis, according to the International Monetary Fund. Despite this steep price, few policy makers felt they had a choice, seeing the economic crisis as a side effect of the health crisis.

They ordered nonessential businesses closed and told people to stay home, all without the extensive analysis of benefits and risks that usually precedes a new medical treatment.

There wasn’t time to gather that sort of evidence: Faced with a poorly understood and rapidly spreading pathogen, they prioritized saving lives.

Five months later, the evidence suggests lockdowns were an overly blunt and economically costly tool. They are politically difficult to keep in place for long enough to stamp out the virus.

The evidence also points to alternative strategies that could slow the spread of the epidemic at much less cost. As cases flare up throughout the U.S., some experts are urging policy makers to pursue these more targeted restrictions and interventions rather than another crippling round of lockdowns.

Is there a Happiness gap in the Land of Smiles?

With the coronavirus pandemic, the global economic slowdown, and domestic political tumult, if the government refuses to be responsive to people’s feelings, our famous Thai smiles won’t be able to return anytime soon. 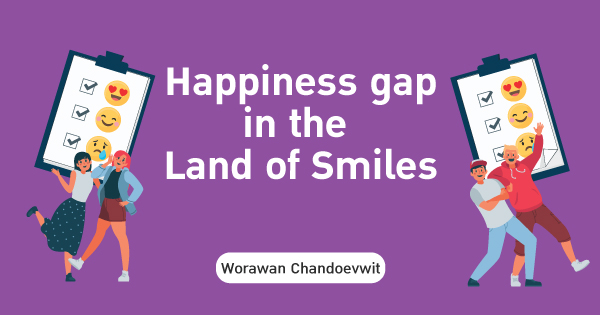 How happy are people in the “Land of Smiles?” Not too happy. In fact, the Thai people’s spirit was at its lowest last year, and things don’t look much brighter in 2021.