Thailand’s military government vowed to bring peace to the Muslim-dominated south within a year, despite stalled peace talks aimed at ending an fighting that has cost thousands of lives in the past decade.

Sporadic violence has killed more than 5,700 people in Thailand’s Muslim-majority provinces bordering Malaysia, where resistance to Buddhist rule has existed for decades and resurfaced in January 2004. 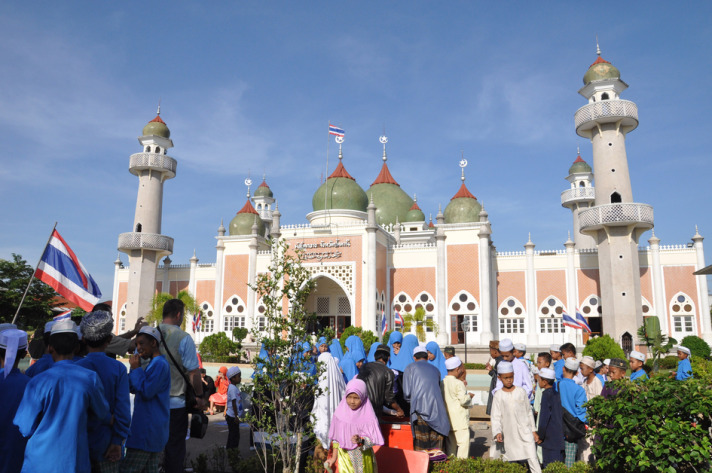 Despite alarming levels of bloodshed, the insurgency has been under-reported and under-researched, barely registering on the international community’s radar screen

In the latest violence last Friday, one woman was killed and at least two injured in separate bomb attacks launched by suspected militants at three restaurants in Pattani province, police said.

“We are doing all that we can. We will try to bring peace within a year,” Defence Minister Prawit Wongsuwan told reporters.

He blamed the attacks on fighters retaliating for recent arrests by the authorities.

“The attacks happened because we managed to catch many people, including leaders, of groups involved in instigating acts of violence,” Prawit added.

The violence comes as Prime Minister Prayuth Chan-ocha seeks to present an image of greater effectiveness in containing the resistance, based in Pattani, Yala and Narathiwat provinces in Thailand’s so-called “Deep South”.

According to counter-insurgency expert David Kilcullen, the violence in Thailand’s deep South – which has now claimed more than 5,700 lives – was some of the most intense in the world between 2004 and 2007, “second only to Iraq and Afghanistan during this period.”

Yet, despite such alarming levels of bloodshed, the insurgency has been under-reported and under-researched, barely registering on the international community’s radar screen, largely because the conflict cannot be reduced to a sound bite-friendly narrative of identifiable bad guys and good guys.

The southern border province of Narathiwat will launch many projects to promote trade, investment, and tourism, in response to the Government’s policy to develop Narathiwat into a special economic zone.

Narathiwat Governor Nattapong Sirichana said that the Committee on the Special Economic Development Zone Policy had listed Narathiwat in the second phase of the plan to establish Thailand’s special economic zones.

Under the plan, Narathiwat will become a special economic zone in 2016. The Governor said that the province was preparing projects to link local transportation routes with Malaysia and Indonesia. The projects include the development of a railway line from Su-ngai Kolok district in Narathiwat to Parsemus Station in Kelantan, road construction along the railway line, and the construction of the second bridge across the Kolok River, connecting Su-ngai Kolok with Rantau Panjang town in Kelantan.

A product distribution center will be set up in Tak Bai district. Narathiwat also plans to launch a project to develop a central agriculture market for southern exports in Yi-ngo district. Some investors have shown interest in developing a “rubber city,” a halal park industry, and alternative energy in this province.

Regarding border tourism promotion, the Governor said that the idea of establishing a duty-free zone had been raised for discussion. The distinctive local culture will be emphasized in boosting tourism. There are about 800,000 people in Narathiwat, 82 percent of whom are Muslim, 17 percent Buddhist, and one percent other religions. More Muslim tourists, especially those from other ASEAN countries, will be urged to visit Narathiwat, which boasts not only natural beauty, but also cultural attractions.

According to the Tourism Authority of Thailand (TAT), Narathiwat Office, the tourism marketing in Narathiwat in the 2014 fiscal year was satisfactory, as the province attracted more tourist arrivals. In 2015, Narathiwat will celebrate the 100th anniversary of being granted its present name. Many activities will be organized to mark this special occasion, when the province expects to welcome more visitors.

TAT will launch a program to promote Narathiwat as a “Must Visit City,” since it has a special story that visitors should know about. One of Thailand’s southernmost provinces, sharing a border with Kelantan in Malaysia, Narathiwat is well-known for its border town of Su-ngai Kolok, which welcomes a great number of Malaysian and Singaporean visitors coming for trade and tourism each year.

The plan to develop Narathiwat as a special economic zone is expected to help stimulate the local economy, which has been affected by unrest in the deep South. It will also provide more job opportunities and generate more income, so that local residents do not have to leave their hometown for employment overseas. More importantly, the plan will help ease the security problem and it is hoped to bring lasting peace to the southern border provinces.

Uncertainty at home brings calm to the Thai–Cambodian border

The End of History in Thailand ? Not yet