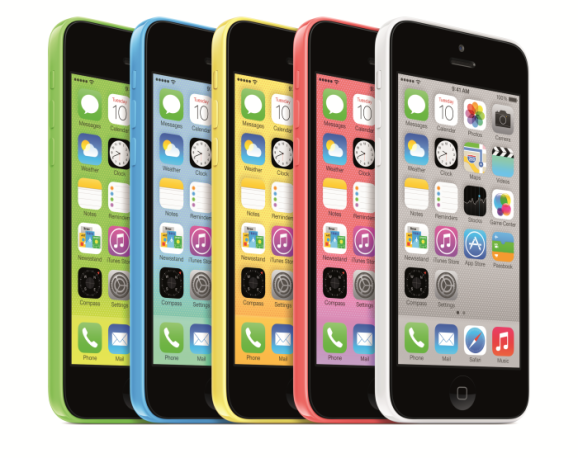 AppleiPhone 5CConsumers in China aren’t too happy about the price of the new iPhone 5C from Apple. But they’re still lining up to buy it. Local buyers feel “cheated” by the relatively high price of the device, according to the South China Morning Post. The iPhone 5C is largely thought to be Apple’s slightly-more-budget-conscious device with what design chief Jony Ive called an “unapologetically plastic” back, compared to the metal backbone and cladding of the iPhone 5 and 5S. While cheaper, it’s still not cheap, and the no-contract price in China is actually more expensive than in the U.S., believe it or not, due to local tariffs. The price of the cheapest-model iPhone 5C is 4,488 yuan ($733), while the no-contract 16GB iPhone 5C costs just $549 this side of the Pacific. “I thought the cheap 5C version would be priced at one thousand or two (thousand yuan),” one Chinese citizen said on Sina Weibo, tongue planted quite elegantly in cheek. “I can’t sell my kidney for this much.” He was referring to the tragic case in the summer of 2012 when a 17-year-old boy in China’s Hunan province sold a kidney for cash to buy an iPhone and an iPad, then suffered renal failure and was too sick to appear in court in the subsequent lawsuit. China is a key market for Apple, as it is for all smartphone manufacturers. The populous country bought one-third of all smartphones sold globally last quarter and nearly three times as many as American consumers, which means that if Apple wants to win global market share for iPhone, which has been a concern, it has to compete aggressively in China. The problem is not just Apple and its pricing. The problem is also Chinese government fees, or tariffs, which are the main factor in pushing the mainland Chinese price over what an American consumer would pay. Another barrier is that consumers in China tend to pay up front for their phones, while many Americans and others in the western world choose to essentially lease-to-own subsidized phones, which in the iPhone 5C’s case, starts at just $99. The reality is that iPhone 5C is cheaper, is causing massive interest in China, and will almost certain bump Apple’s market share in the hottest smartphone market on the planet. But given its price, the reality is also that there was plenty of opportunity to capture even more of the Chinese market with a lower-cost device.

China and the new iPhone 5C: ‘I can’t sell my kidney for this much’

This is what Apple’s new ‘cheap’ iPhone 5C will cost in China, India, and Africa