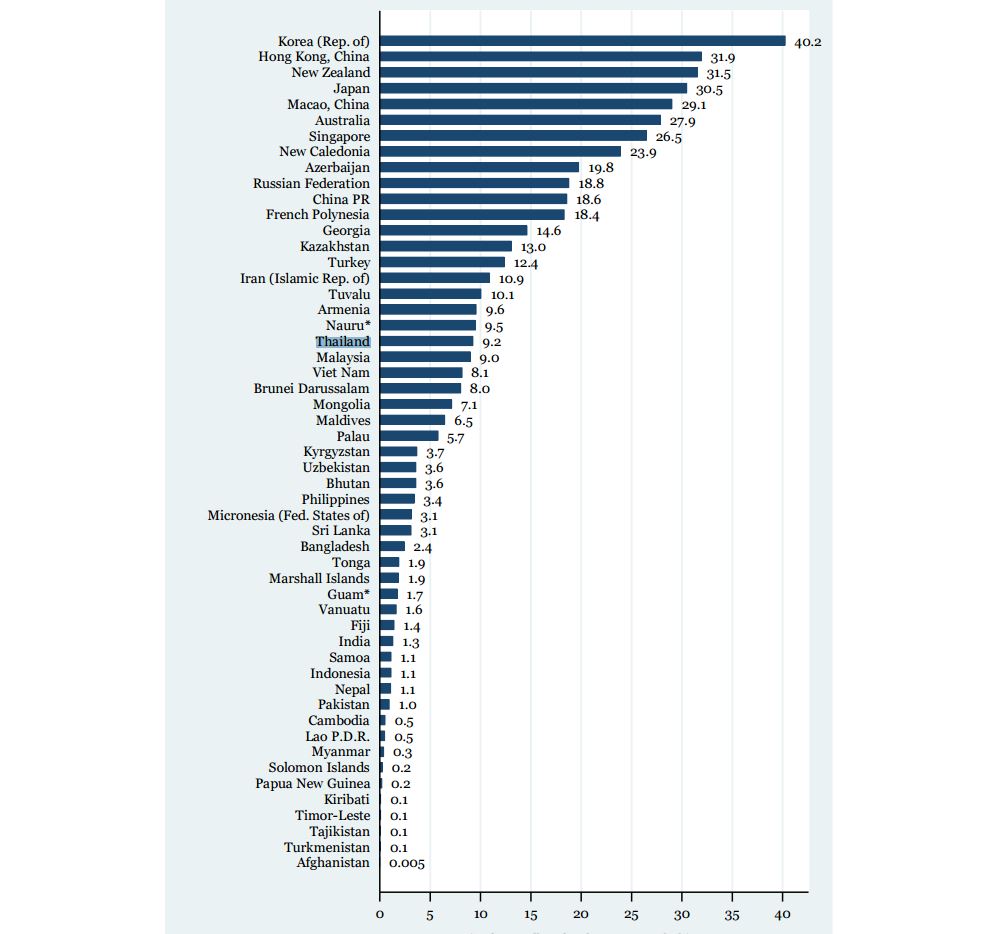 Despite the widely reported phenomenal growth in Information and Communications Technology (ICT) in the Asia-Pacific region, a new study by the United Nations Economic and Social Commission for Asia and the Pacific (ESCAP), has found that broadband capabilities and access are highly concentrated in East and North-East Asia.

The report titled, “State of ICT in Asia and the Pacific 2016: Uncovering the Widening Broadband Divide”, also confirms that the gap between advanced and developing countries in fixed broadband access is indeed widening, and unless targeted policy interventions are put in place, the trend will continue to the detriment of future development opportunities.

The Report shows that 74.89 per cent of total fixed broadband subscriptions in Asia and the Pacific are concentrated in East and North-East Asia, followed by South and South-West Asia (9.77 per cent), North and Central Asia (7.68 per cent), South-East Asia (5.74 per cent) and the Pacific (1.93 per cent), according to the 2015 data.

Findings indicate that over 52.3 per cent of global fixed broadband subscribers now come from ESCAP member States, a dramatic increase from 2005 when the region constituted only 38.1 per cent. The Report also found that in 2015, less than 2 per cent of the population had adopted fixed broadband in as many as 20 countries in Asia and the Pacific, widening the digital divide between high-income and low-income countries at an alarming speed.

United Nations Under-Secretary-General and Executive Secretary of ESCAP Dr. Shamshad Akhtar underlined that broadband connectivity is a critical foundation for the digital economy and the achievement of the Sustainable Development Goals in Asia-Pacific, and that ESCAP is working with member States to improve broadband access for countries in the region.

“As a result of this digital divide, millions of people are shut out from transformative digital opportunities in education, health, business and financial services,” said Dr. Akhtar.

“In response to the widening gap, ESCAP is promoting the Asia-Pacific Information Superhighway (AP-IS) initiative, to increase the availability and affordability of broadband Internet across Asia and the Pacific, by strengthening the underlying Internet infrastructure in the region,” she added.

In particular, the Report shows that e-commerce strongly correlates with access to fixed broadband connectivity, suggesting that enhancing ICT infrastructure connectivity would increase business-to-business e-commerce in the region. The Report also examined emerging trends in developing online content, differential patterns of mobile broadband expansion and usage, as well as the impact of regulatory quality and investment in broadband adoption.

The study findings will serve as the basis for the inaugural ESCAP Committee on ICT, Science, Technology and Innovation to be held from 5 to 7 October 2016 in Bangkok, Thailand.

State of ICT in Asia and the Pacific 2016Download