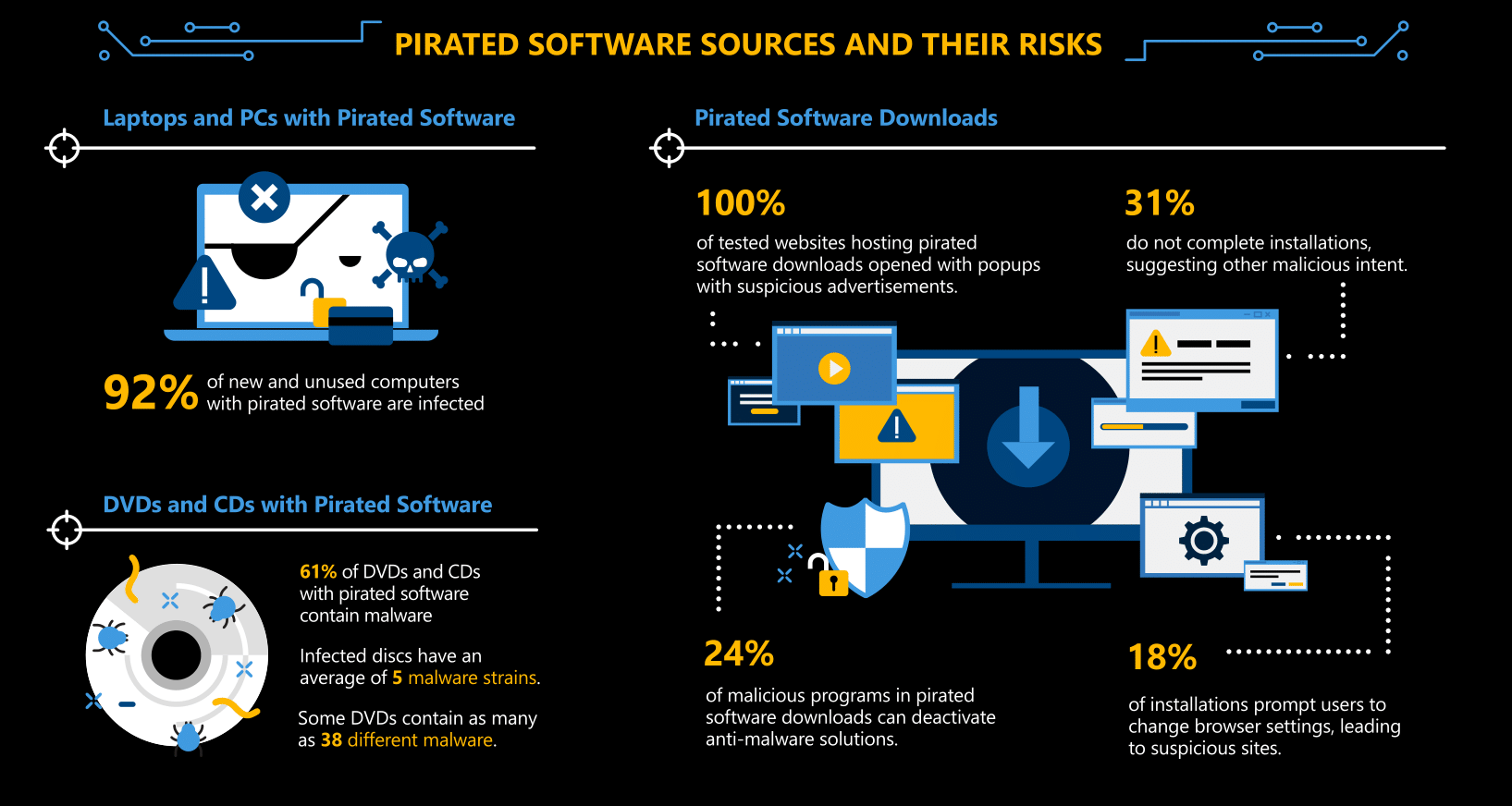 The National University of Singapore (NUS) Faculty of Engineering today released the results of its new study, “Cybersecurity Risks from Non-Genuine Software”, which found that cybercriminals are compromising computers by embedding malware in pirated software and the online channels that offer them.

The study, which aims to quantify the link between software piracy and malware infections in Asia Pacific, discovered that 100% of the websites that host pirated software download links expose users to multiple security risks, including advertisements with malicious programs.

Among other findings, it also found that 92% of new computers installed with non-genuine software are infected with dangerous malware.

The study was commissioned by Microsoft.

“The study’s findings all point to the fact that uncontrolled and malicious sources of pirated software, particularly on the Internet, are being converted into effective means of spreading malware infections.

And what we would like to achieve with this report is to help users recognize that the personal and business risks and financial costs are always much higher than any perceived costs they save from using non-genuine software,” said Associate Professor Biplab Sikdar from the Department of Electrical & Computer Engineering at NUS Faculty of Engineering, who led the study.

Pirated Software is a Major Source for Malware Infections

Software piracy is a recognized global problem and three in five personal computers (PCs) in Asia Pacific were found to be using non-genuine software in 2016[1]. However, using pirated software expose users to a plethora of cyber threats.

“While cybersecurity defenses continue to evolve, users are slow at adapting, whereas cybercriminals are constantly advancing their attack vectors (malware strains) and delivery mechanisms. Piracy of software is increasingly becoming a key vehicle for cybercriminals to exploit computer vulnerabilities and breach security measures with ease.”

Key Insights from the Cybersecurity Risks from Non-Genuine Software Report

The new study analyzed 90 new laptops and computers as well as 165 software CDs/DVDs with pirated software. The samples were randomly purchased from vendors that are known to sell pirated software from across eight countries in Asia – Malaysia, Indonesia, Thailand, Vietnam, Sri Lanka, Bangladesh, South Korea, and Philippines.

What it's like to use the original iPhone in 2017

Type ‘spinner’ into Google for a fidgety surprise