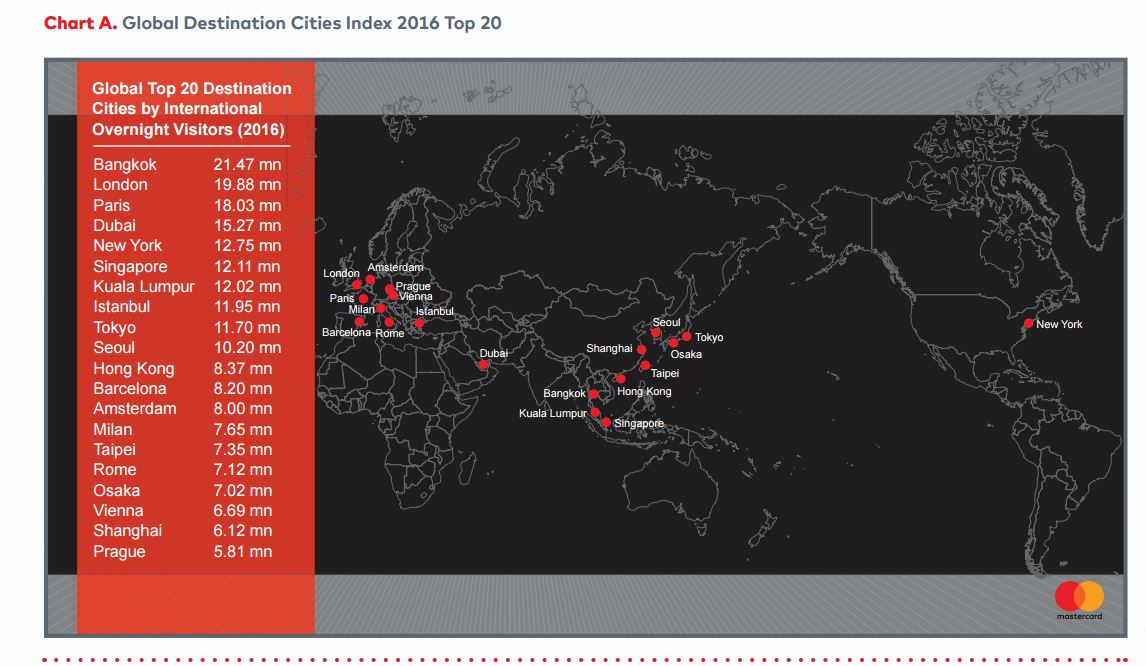 Overall rankings show that Bangkok has achieved the top-ranked position in 2016 with 21.47 million overnight visitors.

The Index provides more than a ranking of the 132 most visited cities around the world. It projects visitor volume and spend estimates for the 2016 calendar year while delivering a deeper understanding of how people travel and spend around the world.

As cross-border travel and spending continue to grow at a faster pace than the world GDP, the world’s cities continue to be engines of broader economic growth.

Overall rankings show that Bangkok has achieved the top-ranked position in 2016 with 21.47 million overnight visitors.

Singapore and Kuala Lumpur moved up one rank to sixth and seventh rank respectively, while Istanbul dropped from sixth to the eighth rank.

Forecasted international overnight visitors to the rest of the top 10 cities include:

The biggest surprise in this year’s Index is Dubai’s jump to the top rank based on international visitor spending of US$31.3 billion, far exceeding the second ranked London estimated at US$19.8 billion.

As mentioned earlier, the growth of destination cities depends critically on their ability to tap into feeder cities’ origin countries that are experiencing strong outbound tourism. In the case of top-ranked Bangkok, its five most important feeder cities are Singapore, Hong Kong, Tokyo, Kuala Lumpur, and Dubai, as shown in chart 12. About 32% of international visitors in Bangkok originate from outside of Asia-Pacific.

The fact that Bangkok is successfully tapping into a fast-growing feeder city like Dubai suggests that Bangkok’s legendary resilience as a destination city is likely to endure.

“The way people travel and spend across borders indicates just how interconnected and important the world’s cities are,” said Ann Cairns, President of International Markets, Mastercard. “As the planning and experience of the trip become increasingly important, Mastercard is bringing all these pieces together seamlessly through innovation and connections.”

The difference between the global top 10 and the fastest growing top 10 destination cities suggests that Asia-Pacific and the Middle East and Africa have become increasingly important to the global economic landscape. Many cities measured by the Index have increasing growth trajectories, indicating the growing interest in both visiting and living in cities.

Osaka has shown the strongest growth in international visitors (24.15 percent) over the last seven years. Other cities that made the forecasted top 10 fastest growing cities include:

New Insights into Purpose of Travel and Local Spend

For the first time, the Index explores whether visitors travel for business or leisure as well as insights into how international visitors spend, including dining, lodging and shopping. The 2016 Index shows that among the top 20 cities, more people travel internationally for leisure, except to Shanghai. Visitors to the top 20 overwhelmingly spent more while shopping, as opposed to dining, except in Europe, where meals captured

The 2016 Index shows that among the top 20 cities, more people travel internationally for leisure, except to Shanghai. Visitors to the top 20 overwhelmingly spent more while shopping, as opposed to dining, except in Europe, where meals captured the greater share of spend in Amsterdam, Barcelona, Istanbul, Milan, Paris, Prague and Vienna.

33 million visitors to Thailand throughout 2016. Boon or Bane ? 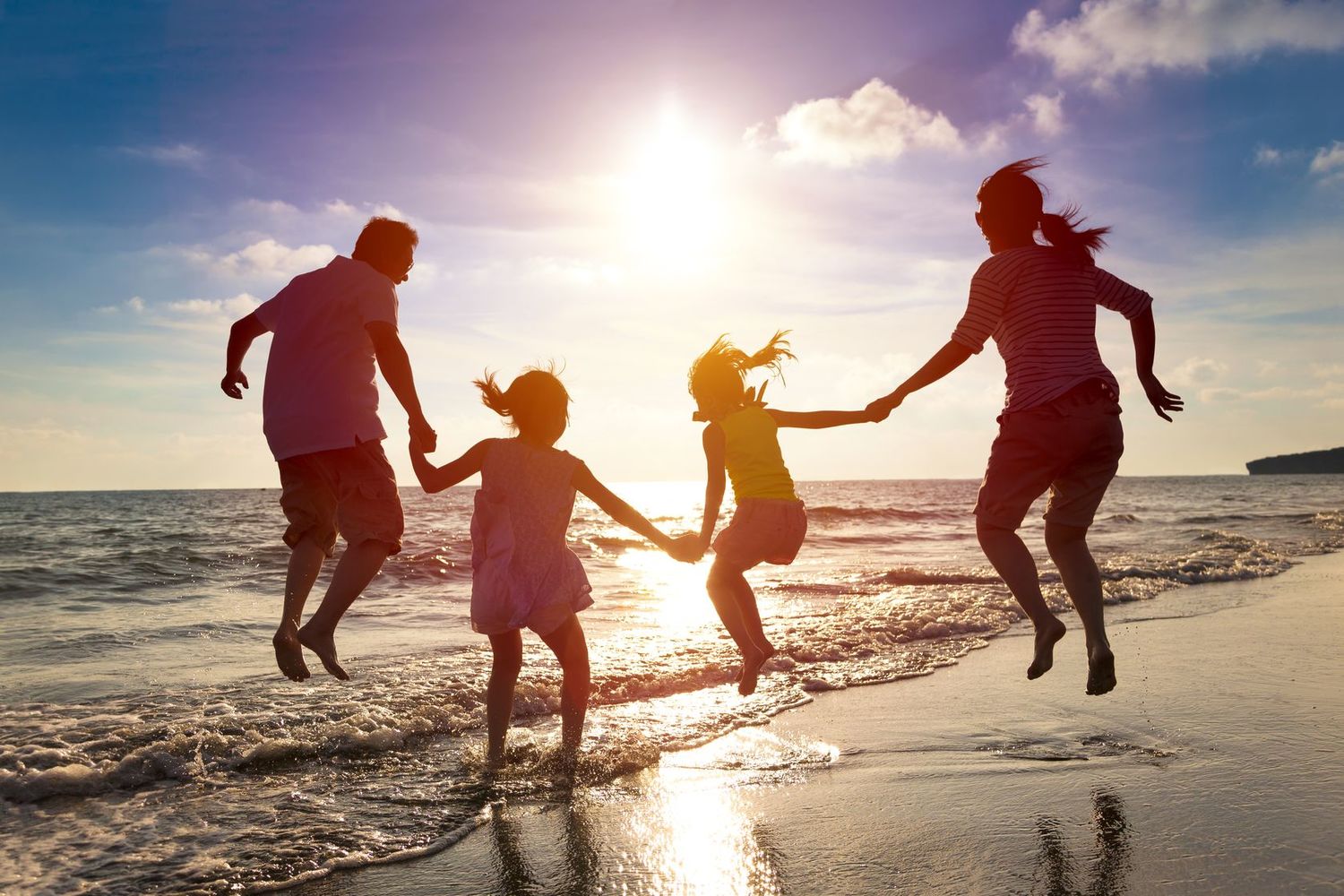