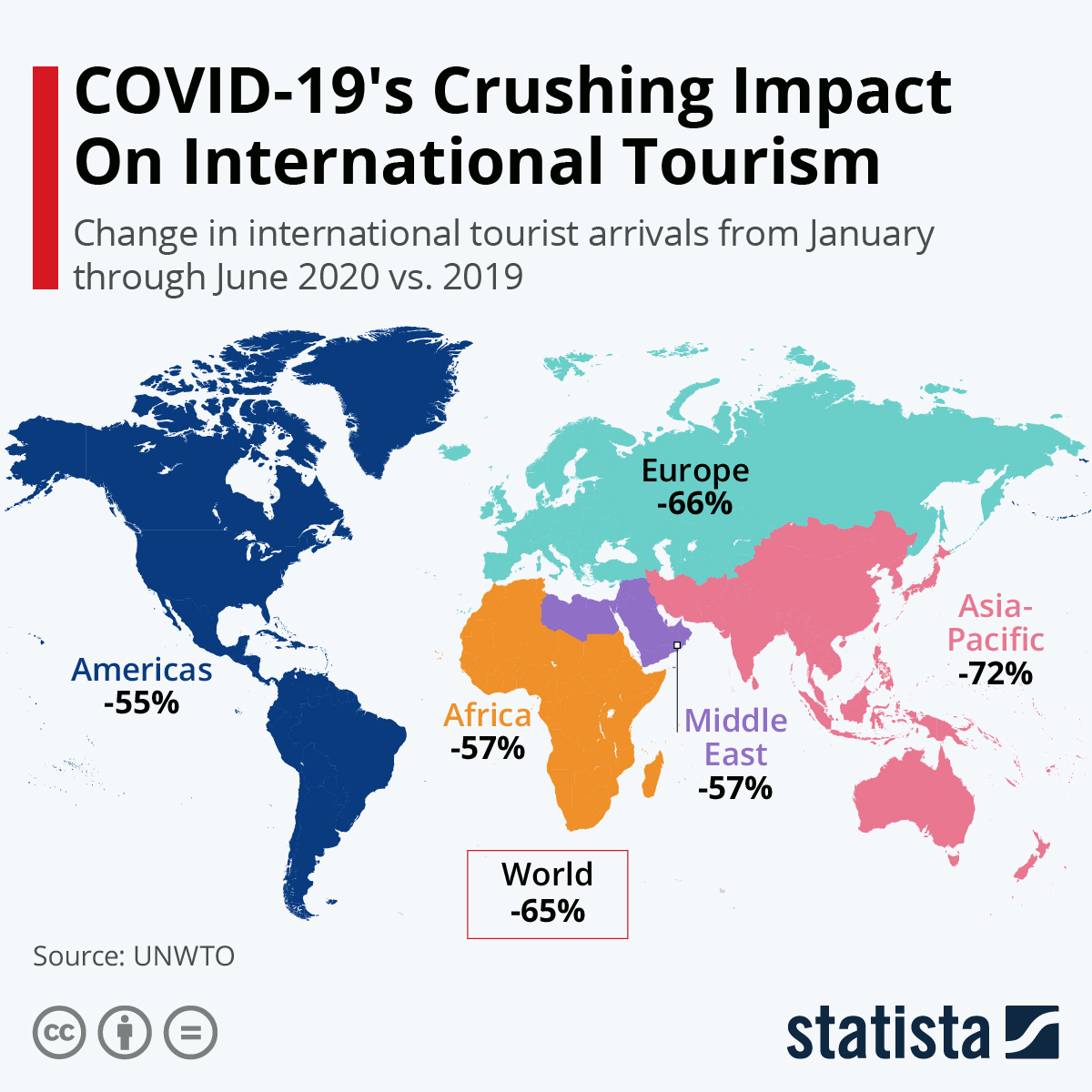 Earlier this year, the UN’s World Tourism Organization published estimates on how big the impact of the coronavirus pandemic on international tourist arrivals could be.

The most positive of the three scenarios published in May assumed that travel restrictions would be lifted in July.

Even under this scenario, which has already turned out to be too optimistic with international travel still severely restricted, the UNWTO expected international tourist arrivals to drop by 58 percent this year compared to 2019.

Looking at newly released data for the first five months of 2020, the UNWTO’s estimates weren’t far off.

As the following chart shows, international tourist arrivals were down 65 percent globally for the five months ending June 2020 compared to the same period of 2019.

Considering that most travel restrictions only came into effect in mid-March, it can be expected that the numbers would look at least as bad, if not worse, if June and July figures were included.

With the recent uptick in new infections in the United States and across Europe proving a major setback in efforts to reanimate the ailing tourism sector, millions of people are fearing for their livelihood, especially in regions heavily dependent on the influx of international tourists.