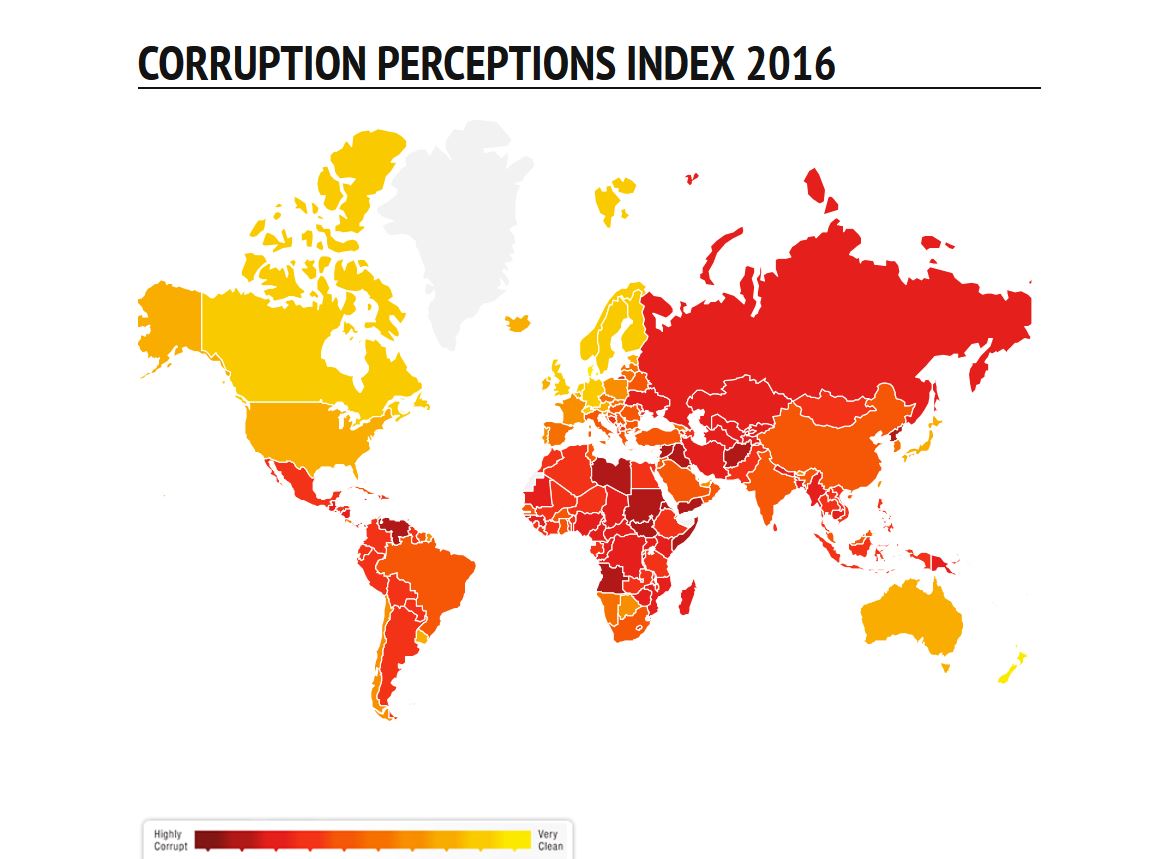 Significance of the CPI

The CPI was originally introduced in 1995 as a composite indicator used to measure perceptions of corruption in the public sector in countries around the world. Since then, it has been used as an important gauge by companies in managing corruption risks when conducting businesses in foreign countries. The 2016 CPI was published January 25, 2017.

TI said this year’s results “highlight the connection between corruption and inequality, which feed off each other to create a vicious circle between corruption, unequal distribution of power in society, and unequal distribution of wealth.” The latest CPI is a reminder for companies that rely on its rankings to review their global compliance programs and make regional adjustments. Companies should pay attention to those countries and regions that have dropped significantly in the their rankings and scores, and identify compliance risks that were previously undetected.

Some highlights of the 2016 CPI include: