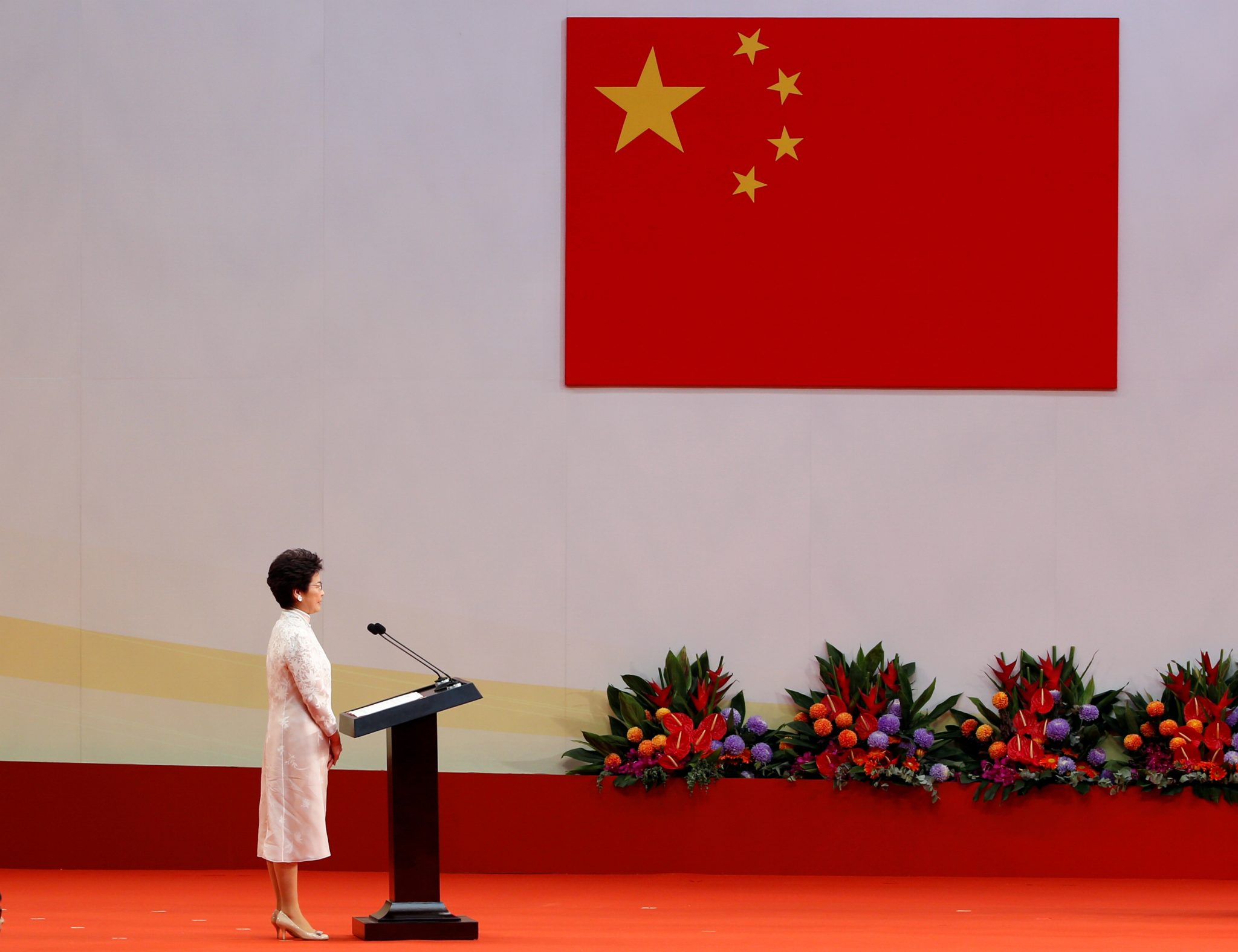 As the “spiritual home of borderless trade,” it was fitting that Hong Kong was chosen as Asia House’s first overseas signature event outside London, according to Asia House Chairman Lord Stephen Green, the former HSBC Group Chairman.

Hong Kong Chief Executive Carrie Lam, in her keynote speech, noted the event’s timing. “I am pleased to say that Hong Kong signed [the] milestone free trade agreement (FTA) with the 10-member nations of ASEAN on 12 November – only two weeks ago, just in time for this important conference.”

Mrs Lam said 2017 is a special year for Hong Kong and ASEAN “in the context of a more progressive strategy to strengthen Hong Kong’s relationship with Southeast Asia.”

After opening the first Southeast Asian office in Singapore, Hong Kong opened its second Economic and Trade Office in Jakarta, Indonesia earlier this year and a third Southeast Asia office will open in Bangkok, Thailand. The Chief Executive herself has already visited four ASEAN nations: Singapore, Thailand, Myanmar and Vietnam, since assuming office in 1 July.

As one of the prime architects of the Hong Kong-ASEAN FTA, Philippine Undersecretary for the Industry Development and Trade Policy Group, Dr Ceferino Rodolfo revealed that another ASEAN agreement with Japan is in the works, while the regional body is also exploring similar deals with Canada and Russia.

Dr Rodolfo said some “frustrating” hurdles remain, including financial issues. Analysts view RCEP as an alternative to the Trans Pacific Partnership (TPP) currently being negotiated between 11 countries, after the United States, under President Donald Trump, withdrew from the trade pact.

Dr Rodolfo said that while the Philippines has been among ASEAN’s fastest-growing economies, at 6.9 per cent GDP growth in 2016, the country is still battling poverty, which could best be alleviated through inclusive, innovative government and business strategies, including micro-business opportunities such as through e-commerce and seed financing. “We need trade, not aid,” he concluded.

Other speakers noted that rising protectionism is best addressed by ensuring that economic development is inclusive. “Economies in Asia must redouble their efforts to advance economic, financial and social inclusion, with a vision to build an inclusive, accessible, sustainable, healthy and resilient community,” said Mrs Lam.

In the first panel discussion under the theme “Asia and the New Global Era,” Timothy Stratford, Managing Partner of Covington & Burling LLP and former Assistant US Trade Representative, said he “could not preclude a [US] trade war with China” adding that member economies should resolve their differences through the World Trade Organization.

For its part, China has increasingly taken up the mantle of free trade, based on the principle of “peaceful co-prosperity and integration,” according to Dr Jonathan Choi, Chairman of Sunwah Group. Dr Choi said China’s Belt and Road Initiative was a prototype for the new trade world order.

According to Anne Ruth Herkes, former State Secretary in Germany’s Economic Affairs and Energy Ministry, the European Union is expected to push for an FTA and greater strategic engagement with ASEAN – with increased trade in the Asia-Pacific, given Europe’s strengthening trade chains across the region.

Hong Kong’s role in the Belt and Road Initiative was discussed in the panel covering “connectivity in Asia.” The city’s status as a financial centre and location for Chinese mainland companies to raise funds to support Belt and Road activities were addressed by several speakers.

“Connectivity has long been Hong Kong’s recipe for success,” said Mrs Lam said. “As a global trade, business and tourism centre, Hong Kong’s extensive networks of business and professional links would not be possible without the physical infrastructure to make it happen.”

The Chief Executive cited the enhanced land links to the Pearl River Delta with the Hong Kong-Zhuhai-Macao Bridge, the upcoming express rail link to Guangzhou and the new border crossing, providing greater connections to eastern Shenzhen, Huizhou and into Fujian Province.

She said enhanced connectivity would benefit Hong Kong as the Belt and Road Initiative and Greater Bay Area development gain traction – the latter allowing Hong Kong to draw on the combined strengths of participating cities and their 66 million people.
Source link