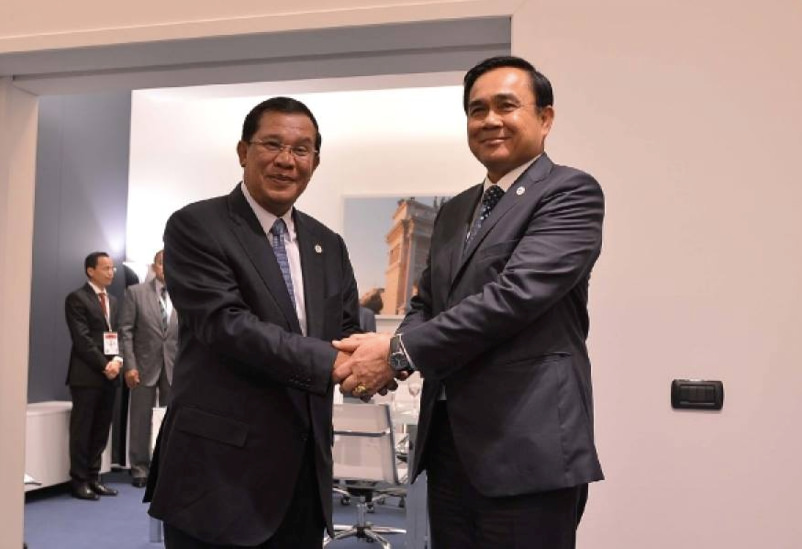 The Cambodia National Rescue Party, which had been giving the ruling Cambodian People’s Party an increasingly hard time in local and national polls on recent outings, is now itself in desperate need of rescue.

With its leader Kem Sokha languishing in jail for alleged treason, the Supreme Court last week ordered the party’s dissolution.

A few weeks earlier, Mu Sochua, the CNRP’s deputy leader, fled the country to pre-empt her own arrest. “Sanctions are the best leverage for negotiation for free, fair and inclusive elections,” she said.

Prime Minister Hun Sen has also moved against non-governmental organizations and the press, both of which he perceives as largely unsympathetic to him. The Cambodia Daily newspaper was forced to shutter after nearly 25 years. Radio Free Asia has been chased out as well, and two of its former journalists charged with espionage. Voice of America has also been affected.

This was not the international community’s plan for this country of 16 million as it struggled to escape a violent and traumatic recent past.

A quarter of a century ago, from 1992 to 1993, the United Nations Transitional Authority in Cambodia (UNTAC) was among the costliest and most ambitious operations in the UN’s history.

It aimed to bring an end to civil war that followed in the wake of US bombing during the Vietnam War and the Khmer Rouge genocide – which combined led to the deaths of well over two million Cambodians.

UNTAC failed to disarm the Khmer Rouge, presided over a contested election that produced two prime ministers, and played a controversial role with regard to the spread of AIDS.

Nevertheless, an elected government of sorts was introduced, the monarchy restored, and a relatively free press was seeded; there was foreign investment, the start of a lucrative tourism industry, the launch of a significant garment industry, revival of the banking system, and the massive task of demining the country started; the military disbanded or assimilated the warring factions, a tribunal was eventually established to try the most culpable in the genocide of the late 1970s, and non-governmental organizations got some civil society traction.

Donors that included the US, Japan, and European nations contributed billions to try and right some of the wrongs of the past. The results were not perfect by any means, but a new generation was able to grow up with no personal experience of previous horrors. The country had recovered some hope.

Prime Minister Hun Sen and his Cambodian People’s Party date from the 1979-1989 Vietnamese occupation of Cambodia, and emerged intact from the UNTAC period.

The CPP has never really relaxed its grasp on the levers of power – the civil service, the military and security forces, the judiciary, and the national assembly and senate. The question now is what it will do next.

Sebastian Strangio, a former reporter at the Phnom Penh Post, Cambodia’s oldest English-language newspaper, who now works as a freelance correspondent in Asia-Pacific. He has contributed to the The Atlantic, The Economist, Al Jazeera, and the Nikkei Asian Review. In 2014, he wrote ‘Hun Sen’s Cambodia’, one of the best read books on contemporary Cambodia.

Kingsley Abbott works for the International Commission of Jurists (ICJ), and before that was a senior legal officer with the United Nations at the Extraordinary Chambers in the Courts of Cambodia, where he advised Judges investigating international and domestic crimes allegedly committed by the Khmer Rouge. He also worked in the office of the prosecutor at the Special Tribunal for Lebanon at The Hague, and previously was a criminal law barrister in New Zealand.

Opportunities and Challenges in the Logistics Sector in Cambodia