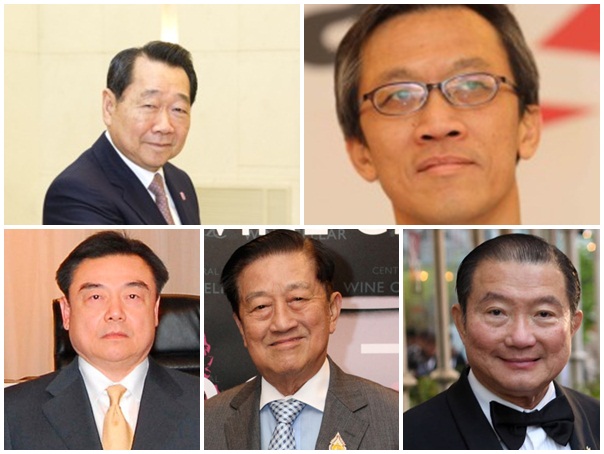 This year the net-worth cutoff to make the list was $3.4 billion–$500 million more than last year.

Among the four families dropping off the list is the Hamied clan from India. Its generics maker, Cipla, took a hit, partly reflecting a cut in drug prices by the government, which caused shares to fall.

The owners of Charoen Pokphand Group (CP Group), the Chearavanont family, boast a bank balance of THB976.15 billion, or $27.7 billion according to Forbes estimation.

This is “only” $2 billion short from stealing the first place from South-Korean tycoons Lee’s. The Chearavanont family was in fourth place last year with a fortune of THB701.28 billion.

Among the top five families, business interests span technology, livestock producers, real estate and oil and gas. While the top 50 are rooted in Asia, their conglomerates have worldwide footprints. Collectively, they are worth $519 billion.

The second richest Thai family, namely Chirathivat, can still boast a decent 14th spot on Forbes top 50 list. The Chirathivat family owns Central Group, owner of most of Thailand’s large malls, with a fortune of THB486.26 billion or $13.8 billion according to Forbes.

Passenger traffic growth slowed to 3.6% in August, but Asia-Pacific up 8.5%