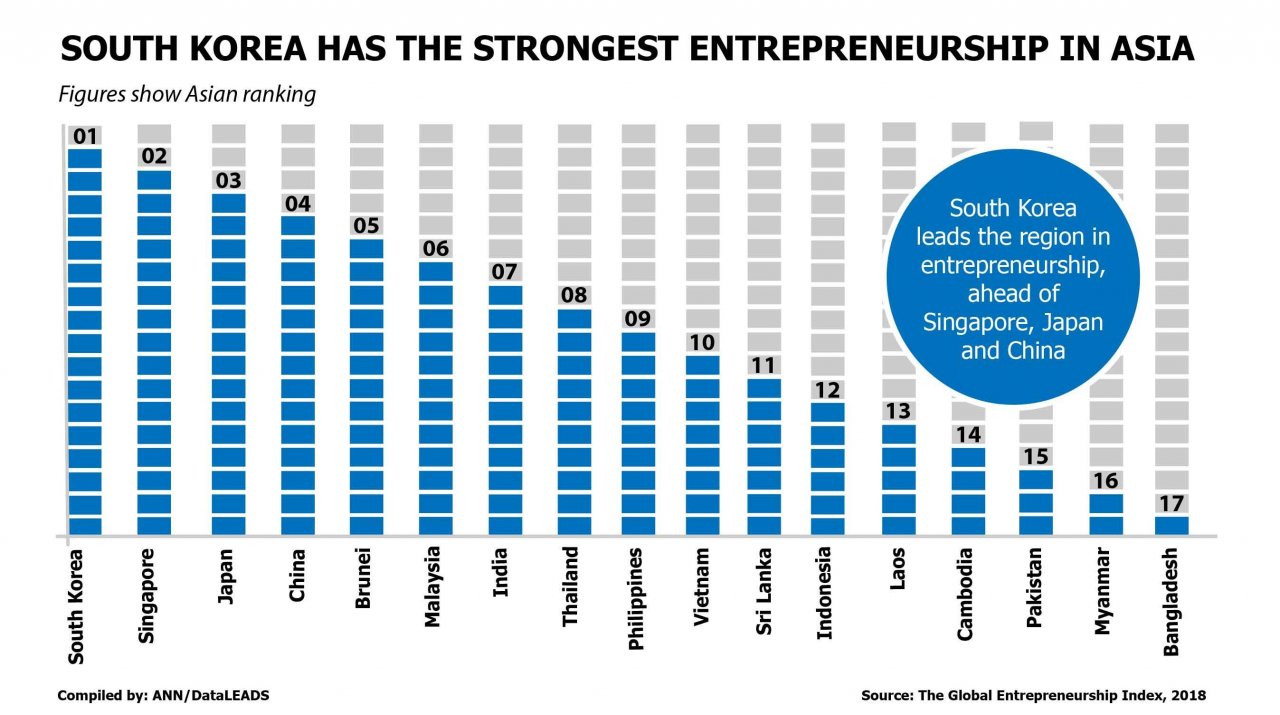 The country jumped three spaces up from the last year.

The tech giant has been ahead of producing new technologies and introducing new products to customers. It is closely followed by Singapore and Japan with a score of 53% and 52%respectively.

China’s physical infrastructure contributes to the country’s score followed by its market dynamics. It is followed by Brunei and Malaysia that have as score of 34% and 33% respectively.

Despite various initiatives of the current government like “Make in India” the country is far behind as compared to other established regional leaders.

According to the report the country’s strong areas are in product and process innovation, opportunity start-up, and robust competition in the marketplace.

It is followed by Thailand, Philippines and Vietnam.

South Korea has the strongest entrepreneurship in Asia