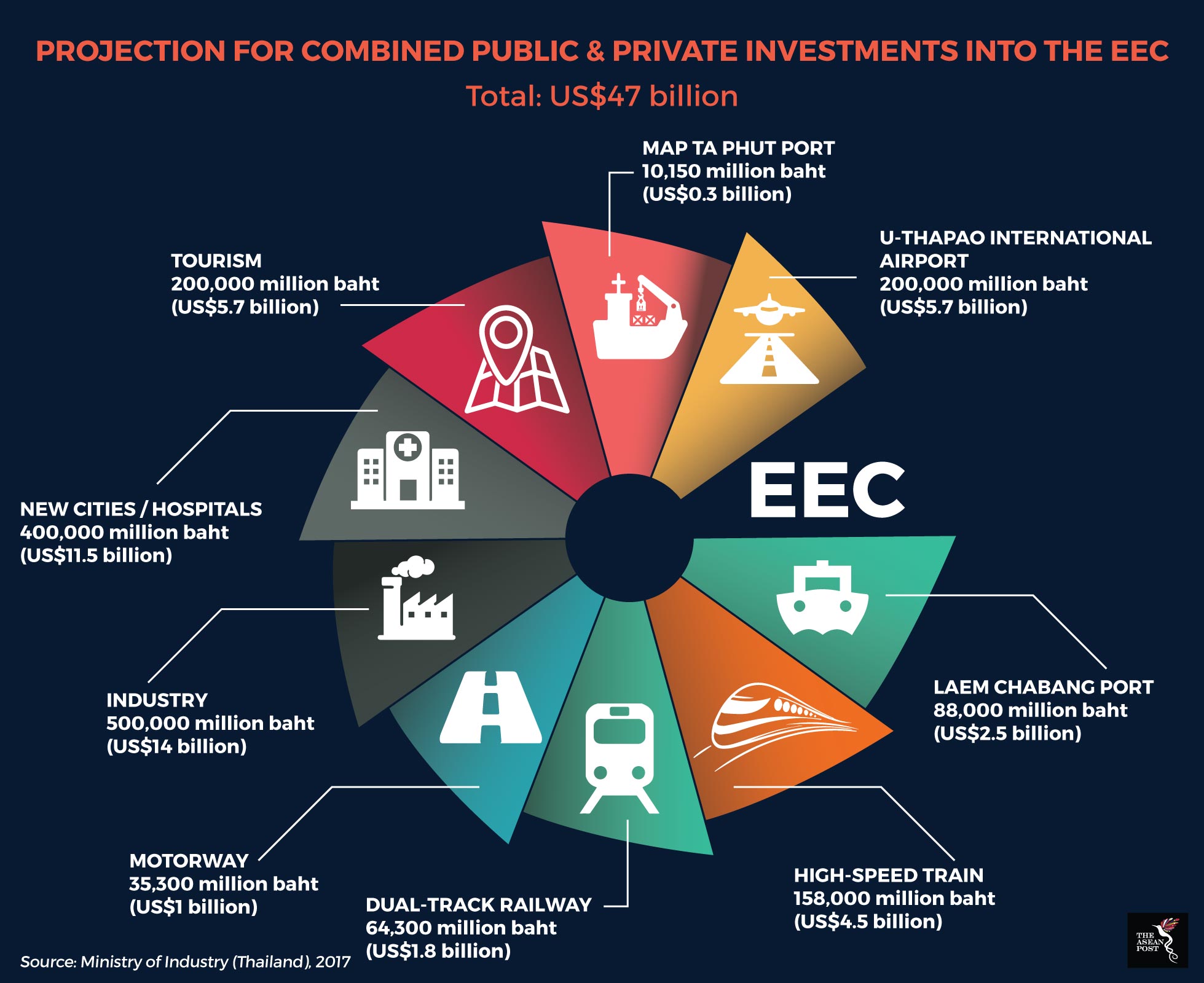 All projects will be able to be included in the joint venture signing in May. They will promote Thailand as an important trade hub in Asia.

The meeting reported on progress of four major projects, including a high-speed rail linking three airports.

After the appraisal of the proposal in late January, Charoen Pokphand Holdings or CPH submitted a proposal for investment and returns which has been approved by the committee.

The U-Tapao Airport and Eastern Aviation City Development Project is currently in the process of evaluating the proposals of the three bidders, consisting of BBS Joint Venture Group, Grand Consortium Group and Thana Holding Company Limited. The winning bidder is expected to be announced in May.

For the Map Ta Phut Industrial Port Development Project, Phase 3, a joint venture group of Gulf and PTT Tank submitted a proposal in mid-February. Negotiations with the private sector are expected to be completed this week.

Their proposals are being reviewed. The process is expected to be completed by May.

The government expects that the four projects will generate a cash flow for the country and will be able to develop links in transport as well as make Thailand an even more important trade hub of the Asian region.

Thailand to the Forefront of Asia and ASEAN’s MICE Industry