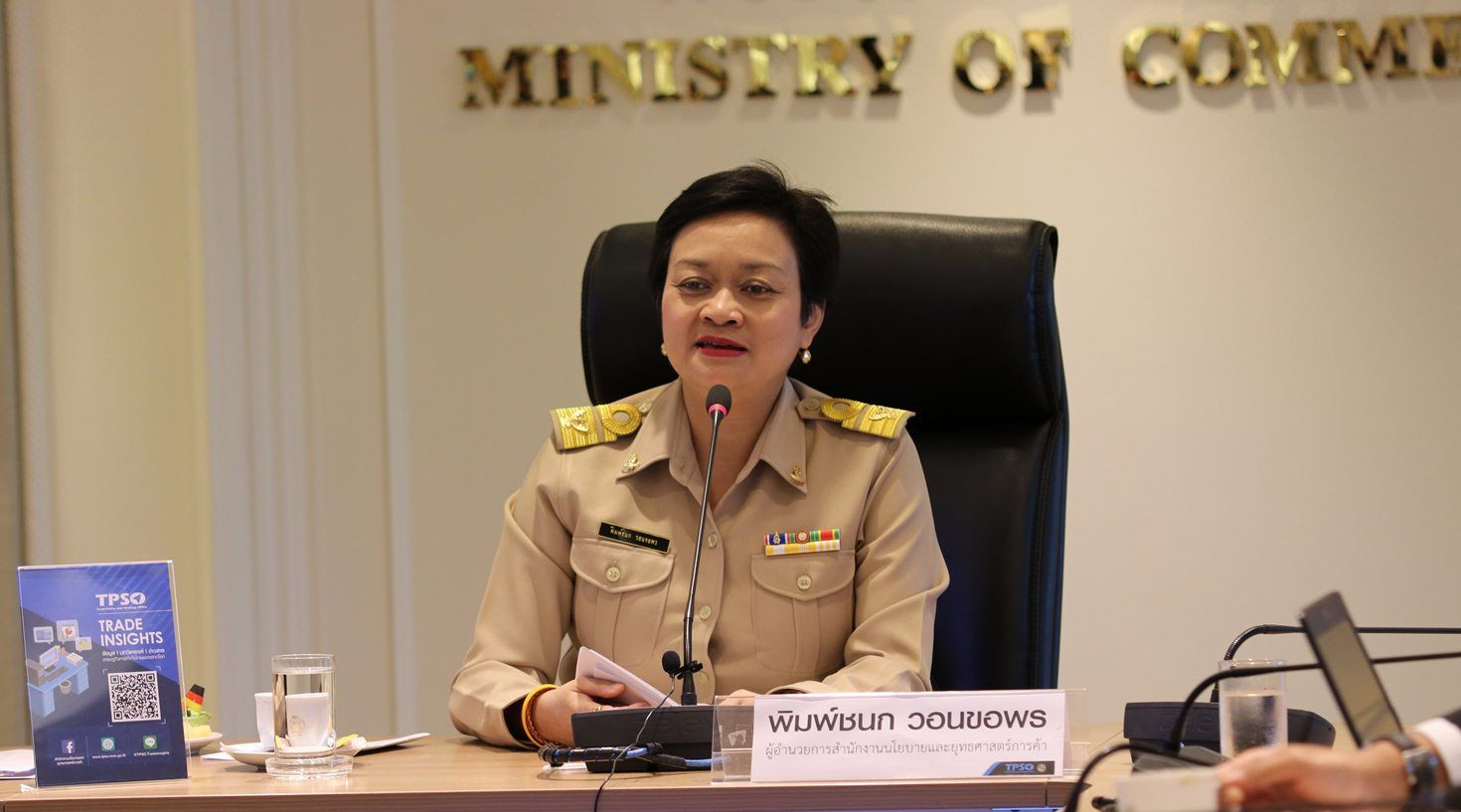 BANGKOK, 22nd July 2019 (NNT) – The ongoing trade war between China and the United States continues to affect Thailand’s export sector. Last month, exports were down 2.15%, causing the sector to contract 2.91% in the first half of the year.

The Director-General of the Trade Policy and Strategy Office, Pimchanok Vonkorpon, said today that Thailand’s exports fell for a fourth straight month in June, with an estimated value of 21.4 billion US dollars. Exports in May contracted 6.2%.

Trade tensions between China and the US

The decrease was attributed to the trade tensions between China and the US. Exports of Thai products that are dependent on China’s supply chain saw a decline. The key products include computer parts and components and electrical integrated circuits.

Exports in the first half of this year were estimated at 122.97 billion US dollars, down 2.91% year-on-year.

However, Thailand’s export sector performed well when compared to other countries in the region, as it still has room to grow and expand in many markets. Thailand also has alternative products that can be exported to various countries that have been affected by the trade measures.

The Deputy Prime Minister and Commerce Minister, Jurin Laksanawisit, has instructed relevant agencies to set up a joint public-private committee to exchange ideas and suggestions on ways to overcome various economic challenges and stimulate exports.