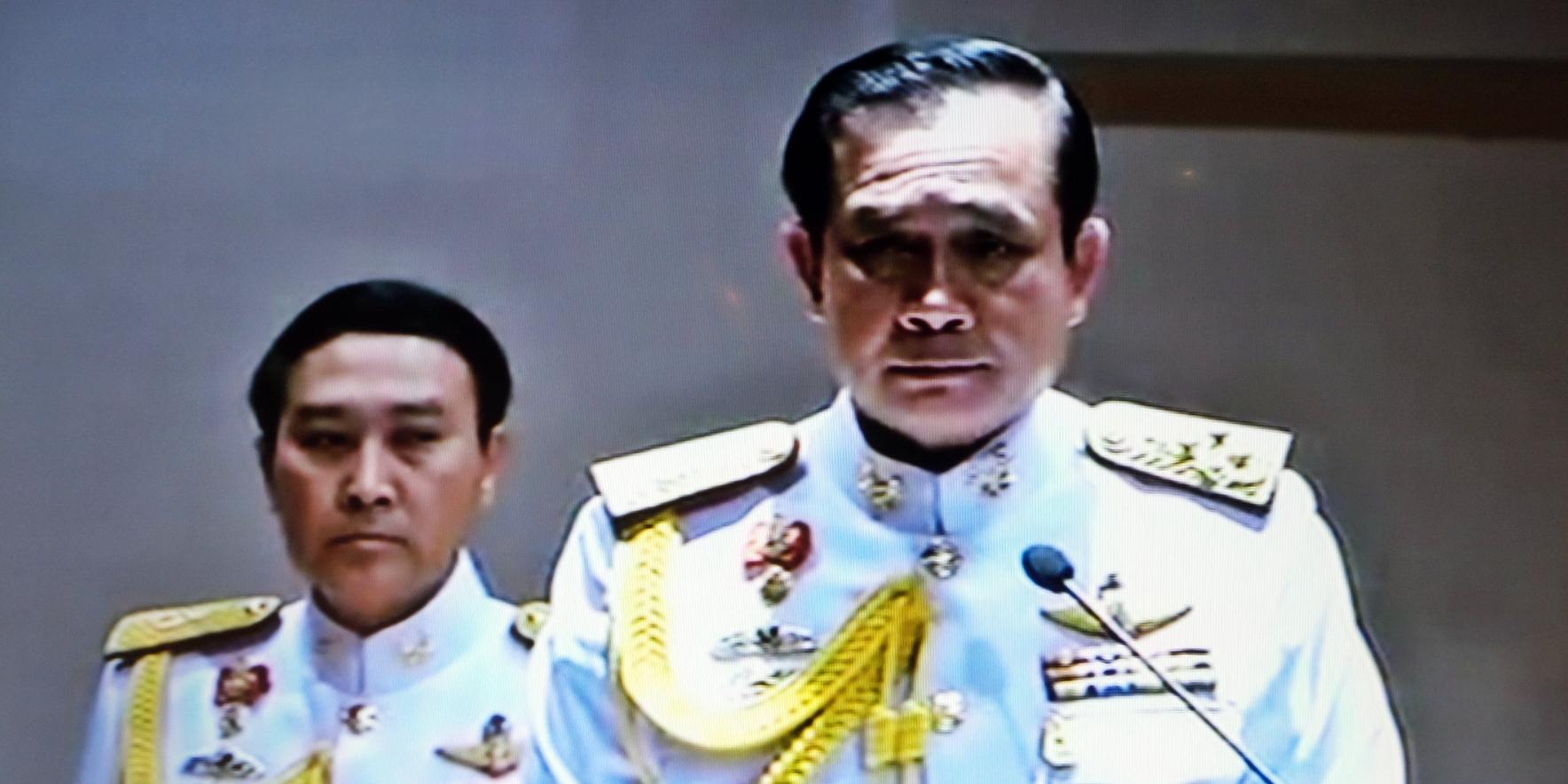 The stable rating outlook reflects the expectation that the recent military coup and the lingering political uncertainty will not undermine Thailand’s credit strengths to a material degree over the next 12 to 18 months.

Key drivers for the decision to affirm the rating at Baa1 are:

In a related rating action, Moody’s has also affirmed the senior unsecured Baa1 rating for the country’s central bank, the Bank of Thailand.

Rationale for rating affirmation at Baa1

First driver — The government’s unimpaired ability to manage its finances

The Thai government’s demonstrated ability to manage prudently its debt through times of political turbulence remains unchanged, even after the May 22 military coup d’état, and even against a backdrop of weakened investment and economic performance.

Thailand’s favorable debt structure mitigates foreign exchange and refinancing risks, given its reliance on local-currency denominated instruments and the comparatively long average time to maturity of the debt stock, at 7.9 years.

The share of foreign-currency denominated government debt as a portion of overall direct general government debt was below 2% at end-2013, indicating virtually no risk of a currency mismatch in light of the country’s ample foreign currency reserves.

Moody’s sees three entities as strong institutional anchors for Thailand’s rating: the Bank of Thailand, the Fiscal Policy Office and the Public Debt Management Office. The latter two entities are part of the Ministry of Finance.

For example, Bank of Thailand’s successful core inflation targeting regime has helped to keep government funding costs low and stable; indeed, current and past episodes of political turbulence have not led to sharp rises in benchmark bond yields

Although the share of non-resident investors in the domestic local currency government bond market has increased since 2009, it remains smaller than for other countries in the region, like Malaysia (A3 positive) or Indonesia (Baa3 stable). In addition, ample domestic liquidity mitigates the risk of interest rate volatility stemming from potential outflows, either from heightened political risk or the further normalization of monetary policy in advanced markets.

Moreover, Thailand’s external vulnerability indicator, which looks at short-term external liabilities in relation to official foreign reserves available at the end of the previous year, compares favorably to the similarly rated peers.

Rationale for the stable outlook

Bank of Thailand keeps rate at 2%