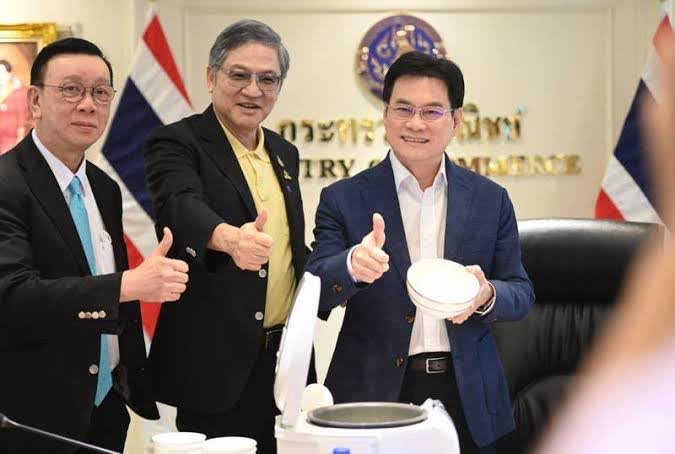 BANGKOK (NNT) – The government will sign a memorandum of understanding (MoU) to sell as much as one million tons of rice a year in a government-to-government (G2G) deal with Indonesia late this month.

According to Commerce Minister Jurin Laksanawisit, the MoU signing will be organized in the final week of March, covering no more than one million tons of 15% to 25% white rice a year for four years.

However, the rice sales also include conditions, depending on the rice production of the two countries and the world rice price.

Over the past five years, no G2G rice deals between Thailand and Indonesia were carried out, as the Indonesian government initiated a self-sufficiency policy with regard to rice and promoted domestic rice production.

Nonetheless, Indonesia has still faced a shortage of domestic rice supplies in some years due to natural disasters. The pandemic also prompted Indonesia to import more rice to serve domestic demand and to stabilize domestic rice prices.

Supporting the Halal Farm project on the southern border