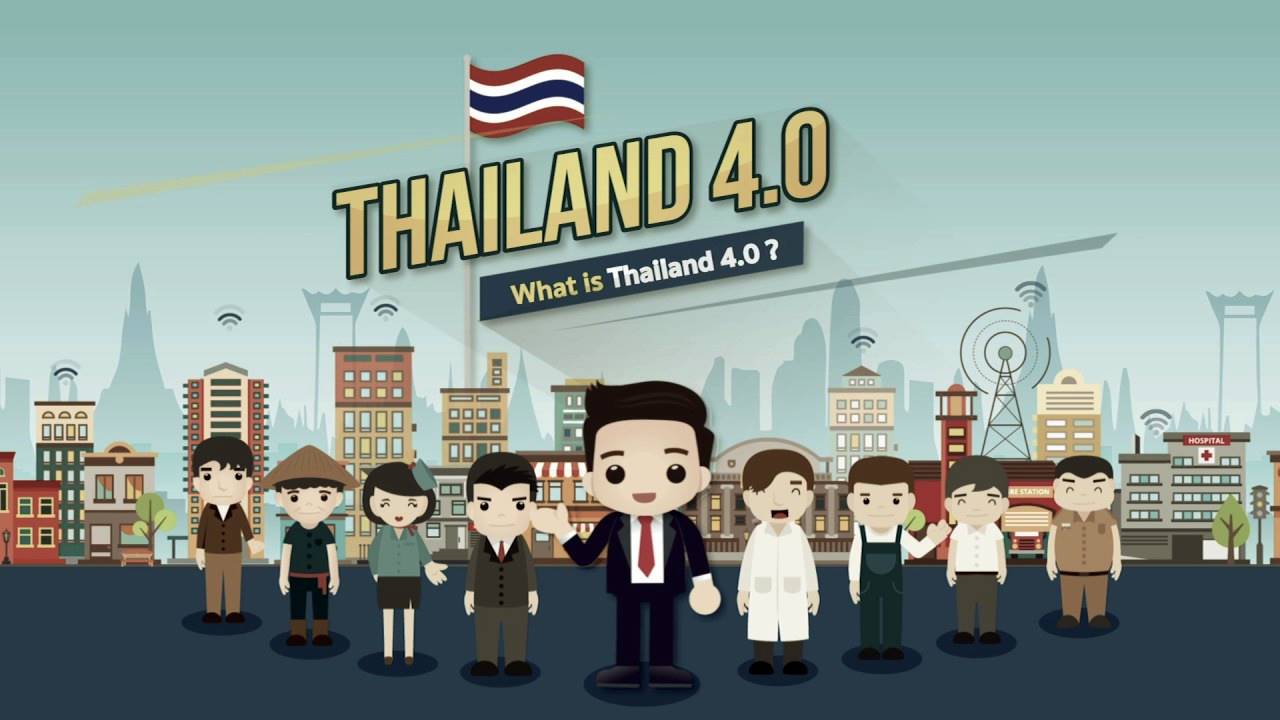 The Thai government is working hard to promote “Thailand 4.0” as a new gimmick and economic model aimed at pulling Thailand out of the middle-income trap, and push the country in the high-income range.

If you don’t know what is “Thailand 4.0”, don’t blame yourself. A survey by the Centre for Economic and Business Forecasting showed that slightly more than half of the businesses in Thailand knew little about Thailand 4.0.

When asked to rate their understanding on Thailand 4.0, 55% admitted they had little knowledge about it and only 1% responded that they knew it comprehensively.

In between, 27% of the respondents said they somewhat knew what it meant and 17% said they knew it pretty well.

In the first model, “Thailand 1.0,” emphasis was placed on the agricultural sector.

The second model, “Thailand 2.0,” focused on light industries, which helped upgrade the country’s economy from the low-income to middle-income status.

In the third model, “Thailand 3.0,” the country is currently emphasising heavy industries for continued economic growth.

During this period, Thailand has become stuck in the middle-income trap and faces disparities and imbalanced development.

What is the middle-income trap ?

The “middle-income trap” is a situation in which a country’s growth slows after having reached the middle-income levels.

In other words, Thailand is moving on from a country with abundant cheap, unskilled labour to an innovation “value-based economy”  to climb to the next step of the ladder.

Thailand 4.0, towards a value-based economy

Thailand 4.0 focuses on a “value-based economy,” as the country needs to deal effectively with disparities and the imbalance between the environment and society.

Prime Minister General Prayut Chan-o-cha explained that Thailand 4.0 has three elements, which mark a significant change in the country’s economy and production.

The first element aims to enhance the country’s standing to become a high-income nation through developing it as a knowledge-based economy. With an emphasis on research and development, science and technology, creative thinking, and innovation.

Move toward an inclusive society

In the second element, Thailand will move toward an “inclusive society” with equitable access to the fruits of prosperity and development.

Focus on a sustainable growth and development

Smart Visas are available for investors, executives, talented individuals and those involved in start-up incubators and accelerators to stay in Thailand for up to four years.

There is, however, one important requirement: at the moment, SMART Visa holders must be working in one of the 10 industries targeted by the Thai government as essential to advancing the Kingdom’s economy and level of development. Expanding the new visas to other industries, however, is under consideration.

These industries are the foundation of Thailand 4.0, a bold and visionary 20-year national strategy.

Thailand 4.0 endeavours to transform the Kingdom’s economy from one reliant on manufacturing existing products designed by others to one driven by innovation, research and development, creativity and the development of higher technologies and green industries.

During a press trip organised by the  Public Relation Department of the Foreign Office, members of the press were invited to witness a rural community as an example of Thailand 4.0.

Located in Cha-am district, Phetchaburi province, the Ban Huai Sai Tai Muslim Community is a royally initiated project, inspired by the Philosophy of Sufficiency Economy as a way of life.

Local residents stand on their own, without relying on financial support from commercial banks.

This community is interesting, as it has been selected by Silpakorn University as a model community for the development of Phetchaburi into a creative city.

The Silpakorn University researchers began their study on developing agricultural residue as energy by turning “lead tree” branches, normally used as goat food, into a biofuel.

The lead tree seeds can also be used to produce pieces of jewellery.

The goat meat is being processed into various forms of food, while the goatskin has fetched a higher price through an environmentally friendly tanning method.

The local residents are engaged mainly in raising dairy cattle and goats.

As for Ban Lat, this community possesses a strong agrarian lifestyle in the form of a cooperative. This enables local residents to stand on their own, without relying on financial support from commercial banks.

The solar dome technology has been used as one of the alternative techniques to help create a variety of products from this kind of banana.

The Thailand 4.0 new model will change the country’s traditional farming to smart farming. Traditional SMEs to smart enterprises, and traditional services to high-value services, under the concept of “less for more” rather than “more for less.”

Look to ASEAN for the most promising renewable energy markets