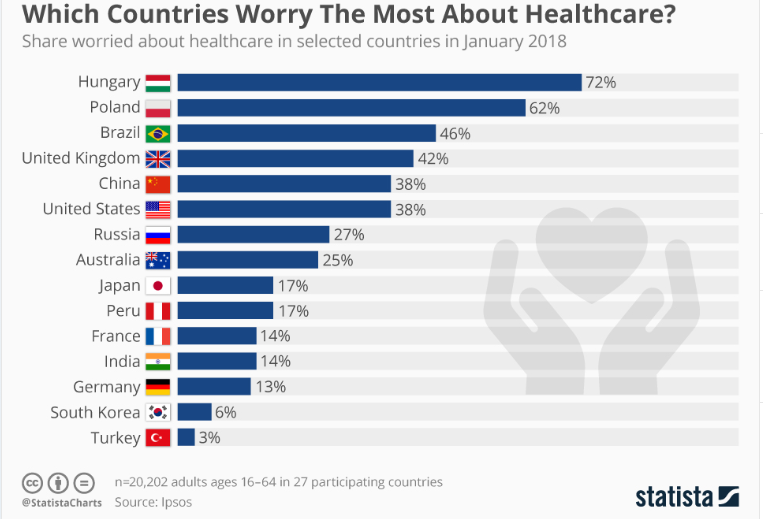 You only have to look at the highly politicized troubles around the introduction of the act known as Obamacare in the US to see how fraught overhauling a healthcare system can be.

The country’s Affordable Care Act looks to tackle the issue of high insurance premiums, which have left many Americans at risk of having no coverage should they get sick. But it has split America along political lines.

As a basic premise, the desire to ensure illness and injury do not drive people further into poverty might seem straightforward. But balancing that against the costs of providing a universal healthcare system giving cradle-to-grave care can become complex.

This problem is even more acute in developing countries, where the financial burden of universal healthcare systems alone can be an insurmountable hurdle.

Although it is not among the world’s richest economies, Thailand succeeded in introducing an affordable system that has had a dramatic impact on the health of its people.

Sweeping reforms in which healthcare is funded through taxation have turned the country into a poster child for universal healthcare systems in emerging markets.

Child mortality rates have been cut, while treatments such as antiretroviral therapies and renal replacement therapy have saved adult lives. Meanwhile, there has been a significant drop in “catastrophic health spending”, out-of-pocket payments (payments to healthcare providers at the time of use), and medical impoverishment.

Caring for a nation

Before the introduction of Thailand’s Universal Coverage Scheme in 2001, the insurance programmes in place had provided patchy and often unaffordable coverage. As a result, around a quarter of people in the country were uninsured.

The UCS provides coverage to three quarters of the population (approximately 47 million people) and accounts for 17% of the country’s healthcare expenditure. Funded through taxes, it places the biggest cost burden on those that are most able to afford it. Consequently, the biggest beneficiaries of the scheme have been those with the lowest income, in particular women of child-bearing age.

In the decade since the UCS was introduced, the correlation between poverty and infant mortality disappeared. Alongside this, there was a more or less immediate improvement in the number of people that were prevented from going to work through illness, particularly at the older end of the workforce. By 2011, 98% of the population had access to healthcare.

The Thai government has learned from other health systems internationally, and is able to use the sheer scale of the UCS as leverage to gain purchasing power and secure medicines at lower cost. And, of course, the UCS was not magicked out of thin air: it came after decades of wrangling the healthcare infrastructure to meet demand, including building up rural provision.

Thailand’s healthcare spending is almost four times as high as it was in 2000.

Government input to the UCS has increased steadily since its introduction, with per capita spending on healthcare overall in the country sitting at $217 per person in 2015 versus $62 back in 2000.

Despite its successes, the scheme is, of course, not without its faults and critics. There have been questions over the quality of care in hospitals under UCS contracts. A report also found that some people still sought care beyond the UCS network, “which implied a lack of universal access to policy services.”

What can we learn from Thailand?

The roll-out of Thailand’s system is evidence that universal healthcare provision is possible in lower-middle income countries given the right circumstances. And it is a model others are keen to learn from. The introduction of a universal healthcare system is a key medium-term priority for Kenyan President Uhuru Kenyatta, who has partnered with Thailand in a knowledge-sharing agreement to speed up implementation. As an advisory and technical partner, Thailand has already trained a number of Kenyans in evidence-based decision-making for the health sector.