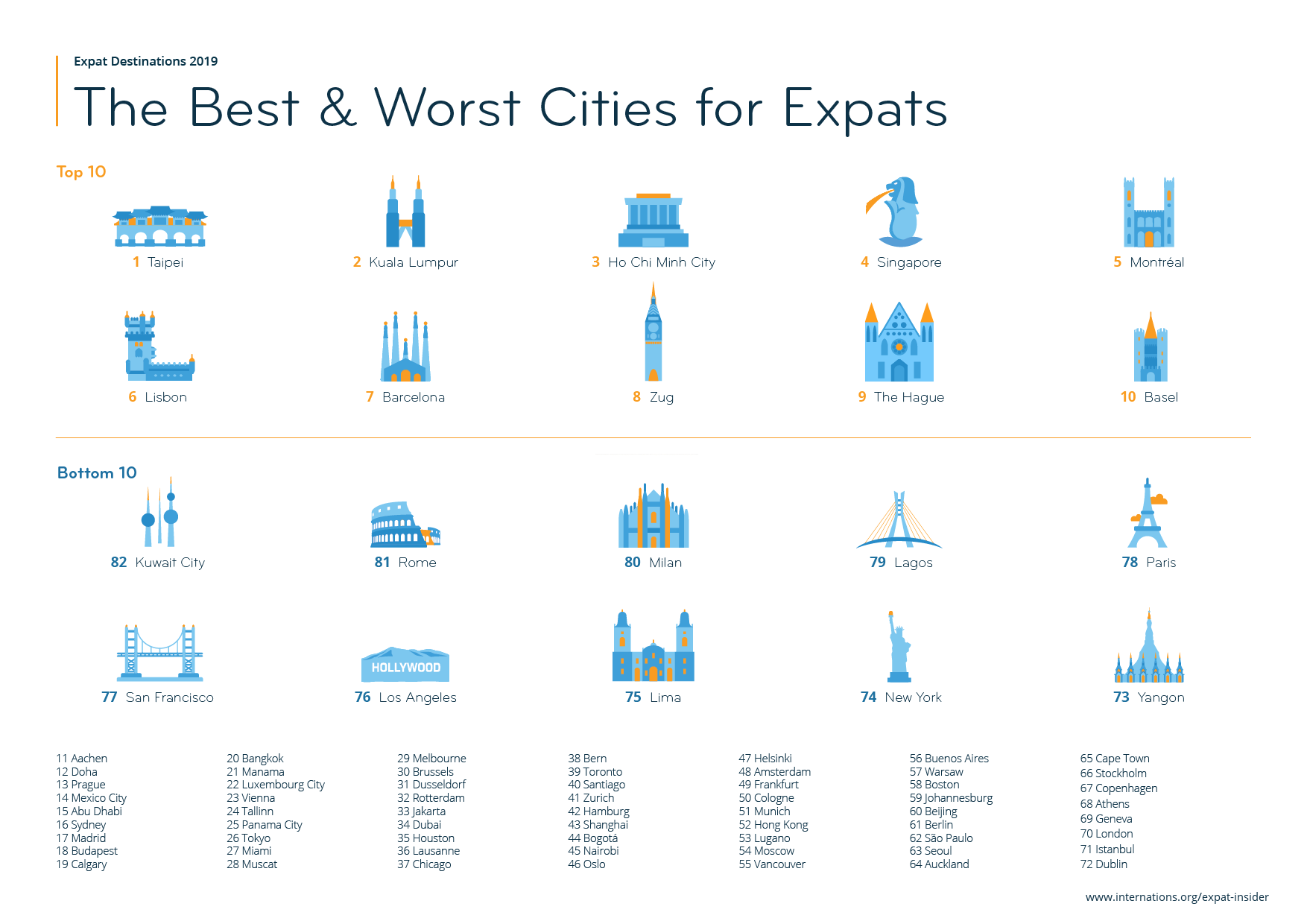 Asian cities dominate the global top 5 in the Expat City Ranking 2019, while Italian cities Rome and Milan join Kuwait City at the bottom of the scale.

Bangkok experienced a significant drop compared to the 2018 edition of the list, where Thailand’s capital ranked 5th worldwide and 4th in Asia. Poor environmental management and horrendous traffic conditions eventually took a toll on Bangkok ratings.

Ranking fifth out of all the cities surveyed in Asia, Bangkok ranks third in the Finance and Housing Index, but the city ranking was shot down by poor scores for environmental quality and political stability.

Singapore’s fourth place further adds to Asian destinations dominating the Expat City Ranking 2019. The four top cities all do very well regarding finance and housing, with Singapore receiving the “worst” result here, a 15th rank mostly due to the expensive housing in the city-state: 53% of expats rate this factor negatively (vs. 44% globally). All four Asian cities rank among the top 20 of the Getting Settled Index, though results in the Urban Work Life Index and especially the Quality of Urban Living Index vary greatly.

Bangkok, the Thai capital, stays in the top 3 in the Finance & Housing Index for another year running. Although the city has dropped from second place in 2018 to third place in 2019, the feedback from expats is still positive.

With regards to how easy it is to find housing in Bangkok, 80% of respondents give agreeable answers, and 35% even completely agree (vs. 50% and 17% globally). The ease of finding a new, reasonably priced home appears to be an attractive aspect for expats moving to Bangkok; 58% of respondents find that the housing in the city is affordable (vs. 36% globally).

For the local cost of living in general, 63% of respondents rate Bangkok positively, which is 20 percentage points higher than the global average (43%). An expat in Bangkok praises the city for having a “much lower expense comparing to the same level of living standard”. The results also illustrate the contentment of expats with their financial situation in Bangkok: 63% rate this factor positively (vs. 57% globally), though this is somewhat of a drop compared to 2018 when three-quarters (75%) were still of this opinion.

Following Taiwan’s ranking as the best expat destination worldwide in 2019, Taipei’s first place in the Expat City Ranking 2019 is not much of a surprise. In fact, the city already held this spot in 2018, when it first featured in the ranking. Taipei continues to impress when it comes to the local quality of life, ranking 3rd out of 82 cities in this index (for detailed results, see the Quality of Urban Living Index).

A Warm Welcome in Kuala Lumpur

With its second place in 2019, Kuala Lumpur at last makes it into the global top 3 after consistently ranking among the top 10 cities in the past few years. Expats rate Kuala Lumpur the city where it’s easiest to get settled (for detailed results, see the Getting Settled Index), as well as one of the best cities worldwide when it comes to finance and housing.

Following a 4th place out of 72 cities in 2018, Ho Chi Minh City manages to further improve its result to rank 3rd out of 82 in 2019. Expats rate Vietnam’s most populous city as the best place for finance and housing, with the city ranking first for all but one of the underlying factors: HCMC places second regarding the affordability of housing (for more details, see the Finance & Housing Index).

In the Expat Insider 2019 survey, over 20,000 participants were asked not only to rate their respective host country but also to share insights regarding their city of residence. Respondents rated more than 25 different aspects of urban life abroad on a scale of one to seven, with the rating process emphasizing expats’ personal satisfaction with these aspects. The individual ratings were bundled in various combinations for a total of 13 subcategories, and the mean values of these subcategories were used to draw up four topical indices: 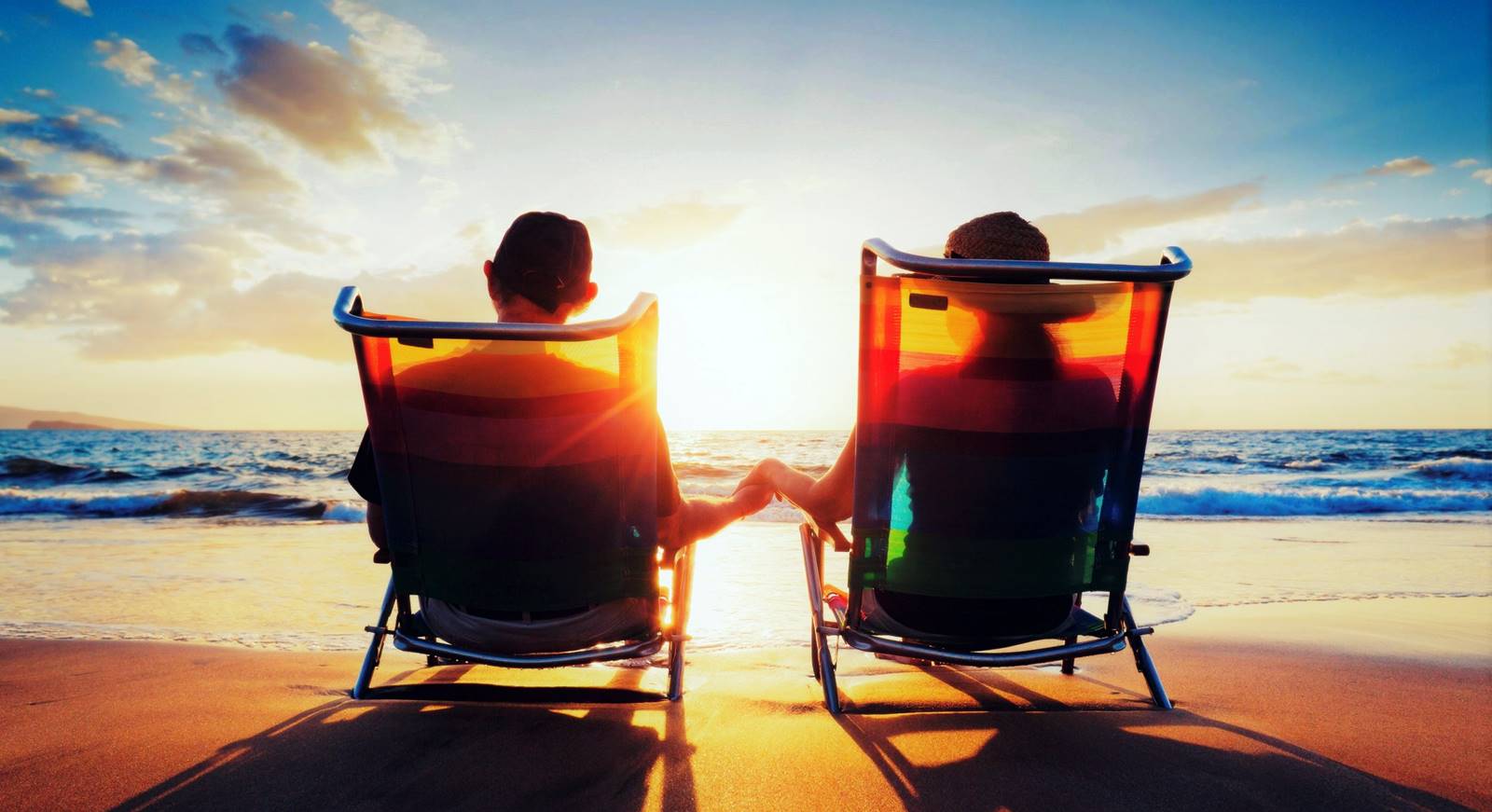 Choose the right style of remote work for you

Following global lockdowns and the biggest work-from-home experiment in history, remote working is set to become a defining feature of life today.

Remote working isn’t going away. Pre-pandemic, it was a growing trend, with remote employees making up anywhere from 5.3% (those who typically work from home) to nearly two-thirds (those who work remotely some of the time) of the US workforce.