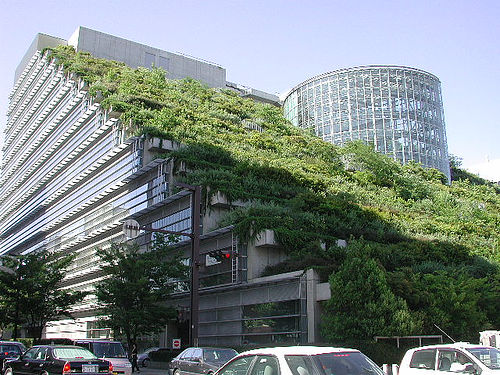 At the recent Green-CREP2 Summit in Shanghai, 260 plus delegates ranging from property developers to hotel management groups, architecture companies and consulting firms gathered to discuss key approaches to energy saving and sustainability.

Such conferences are becoming more frequent across the region with green building concerns now clearly seen as an important issue in Asia’s commercial property sector. In the residential sphere, however, such considerations remain something of a challenge, based primarily on the higher costs faced by developers and a seeming reluctance among investors to absorb that cost.

Some residential developers have begun to adopt green building practices, and certifications like LEED from the US and Singapore’s BCA Green mark scheme certainly set benchmarks.

Ultimately, however, it is the buyers and investors that legitimise such schemes through their purchase choices.

Taking the high-end hotel sector as an example, it is possible to see how environmental features can command a price premium and this is a direct a result of changing guest preferences.

If residential home buyers and property investors began to demand similarly high standards of sustainability, doubts regarding the ability of green design and technology to pay for itself through energy savings would soon be replaced by a more direct and effective process of supply and demand.

For information on the 6th annual APCREC Summit in May 2014 and the 3rd Green-CREP Summit in November 2014, visit the website.

Some observers are concerned that the 2008 global financial crisis may affect the Thai real estate market. Many see similarities between the current US crisis and the 1997 Thai crisis, particularly in the role played by an over-built real estate sector.

To properly analyze the 2008 global financial crisis’s impact on the Thai real estate market, we should first look at the current Thai real estate environment. The Thai real estate industry has grown significantly since the 1997 financial crisis. Although speculation is prevalent in some sectors, we have not experienced a 1997 bubble-like boom. Generally, a real estate bubble occurs when property prices rise quickly in a short period, primarily from speculation – resulting in a supply-and-demand imbalance. When property prices are rising faster than the cost of money and banks continue increasing loan-to-value ratios, funding becomes easier – propelling additional speculation.
Being a developing country, the cost of property in Thailand is much lower than in the more developed European markets. But, on the other hand, prices for Thai property, in general, are rising at a much faster rate.

Factors that indicate the 2013 Thai real estate market is not experiencing a bubble- like boom include:
1. Property prices have not changed dramatically in most areas.
2. Interest rates are continuously rising In the overall housing market, speculation is not significant even though there is some speculation in condominium markets and tourist area properties.
3.Low consumer confidence because of unstable political and economic environments.
4. Global Financial Crisis discourages overall property speculation

Falling consumer confidence : The slowing global economy together with unstable local political and economic environments will result in falling consumer sentiment and confidence in Thailand. Consumers will delay home purchases because they will be unsure of current and future incomes – directly affecting real estate demand. The general public will also begin losing confidence in the financial sectors, although not as severely as in foreign countries. Investors earn income from rentals.

If the economy turns bad, rental rates and occupancy rate in Thailand may fall, forcing many investors to become sellers. When speculators and investors become sellers, extra supply is thrown into the market. Demand and supply pressure are exerting negative sentiments on the Thai real estate market in 2008-2010. However, some developers view the situation as an opportunity. Small developers will react immediately to the negative consumer sentiment by reducing new housing construction, providing larger developers an opportunity to gain market share in the Thai real estate market for 2010. Large development companies with strong reputations, strong balance sheets, and higher operational efficiencies will the first to benefit once the market turns around.