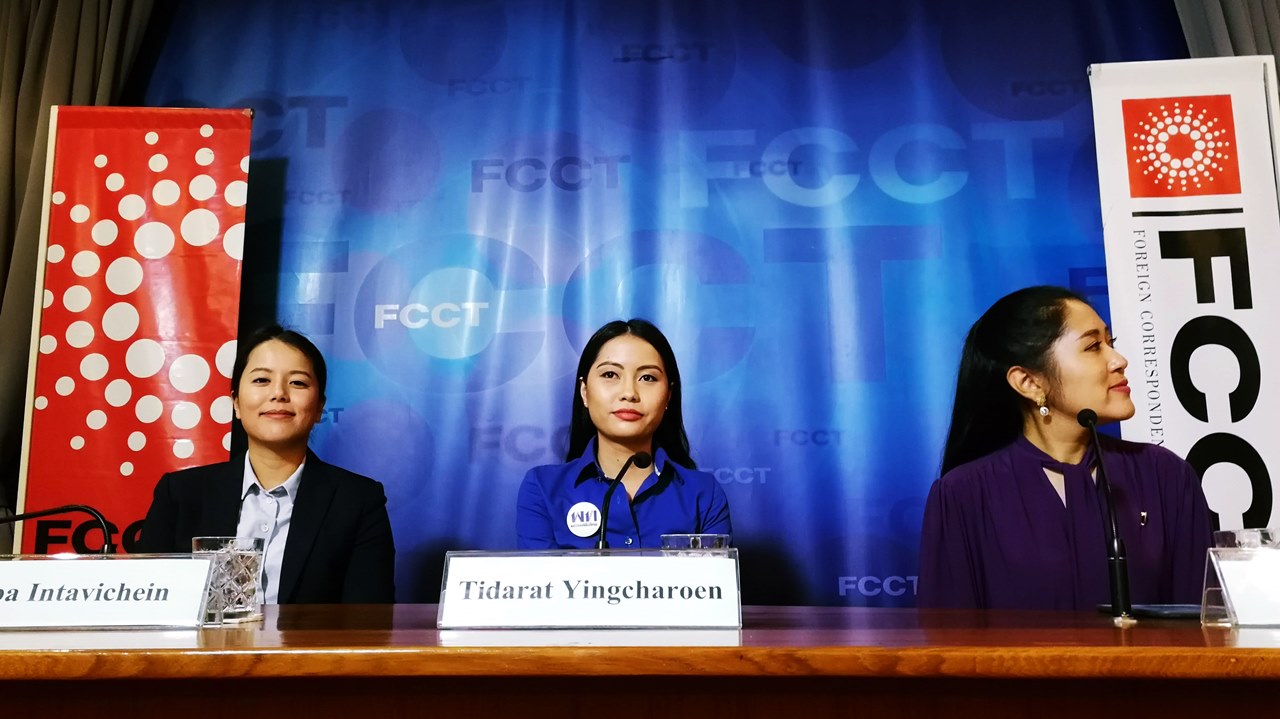 Three women enter higher education for every two men. Yet the country is near the bottom of the world ranking for female representation in parliament.

Only seven of about seventy candidates for Prime Minister in the 24 March poll are women, and one is transgender

Women in Thailand are strongly represented in top levels of business, occupying more than one-third of CEO and CFO positions, far higher than the global average.

Moreover in 1932 when Thailand was changed from the Absolute Monarchy to Constitutional Monarchy, in the first constitution of 1933 women were given the same voting rights as men, making Thailand one of the first Asian countries in which women acquired the rights to vote.

According to Pannika Wanich – a former TV anchor and an official at Thai Minisry of Foreign Affair, spokesperson and candidate for Future Forward Party

“As a journalist I never felt any kind of discrimination in my job, but in politics it’s different. Thai culture expects a woman to discuss only subjects like education, health care, to leave the serious part like defense, interior or justice to men”

To celebrate International Women’s Day, the Foreign Correspondents’ Club of Thailand welcomed women candidates from political parties contesting the 24 March election to discuss the obstacles facing women politicians and their prospects for playing a greater role in governing Thailand.

“The proportion of women in the Parliament has now reached an all time low of 3.3%, and this is mostly because the military appointed assembly (NLA) was never elected”

A low level of political representation not only hampers the achievement of gender equality, but also puts Thai women at a serious disadvantage.

I think the Parliament should mirror the different parts of the society and represent all kind of people, not only old male politician with big Rolex , big cars and drivers.

Attitudes of politicians and political parties

Cultural barriers remain strong in Thai society and reflect public attitudes towards women who in the media and elsewhere have often been stereotyped as weak, indecisive, emotional, dependent and somehow less productive than men.

Asian culture expects women to remain in the back seat and listen. Lot of people also think that politic is dirty and corrupted, and is not a good place to be for women.

The truth is that women are more educated than men in Thailand, but there is a lack of leadership capabilities among them because of cultural differences

The low number of women in politics in Thailand reflects a long tradition in which women have looked after the household while public matters have been taken care of by the heads of households – typically men.

But the low rate of participation of women in politics also reflects the fact that political leaders have little awareness or understanding of gender issues.

In the current National Legislative Assembly, only 8 of the 257 representatives are women (3%) and there are only 6% of women in the government.

In 2018 during the Democrat Party legislation we had a proportion of 15% in the Parliament and 10% in the Cabinet. Today one of every four candidates in our party list for the next election is a women.


Siripa Intavichein deputy spokesperson and a candidate from the Democrat Party

In the constituencies we encountered difficulties to find female candidates says Siripa Intavichein deputy spokesperson and a candidate from the Democrat Party.

Also a lot of women don’t want to take the risk of politics because they don’t have enough money of financial support, according to Tidarat Yingcharoen deputy spokesperson and a candidate for the Pheu Thai Party.