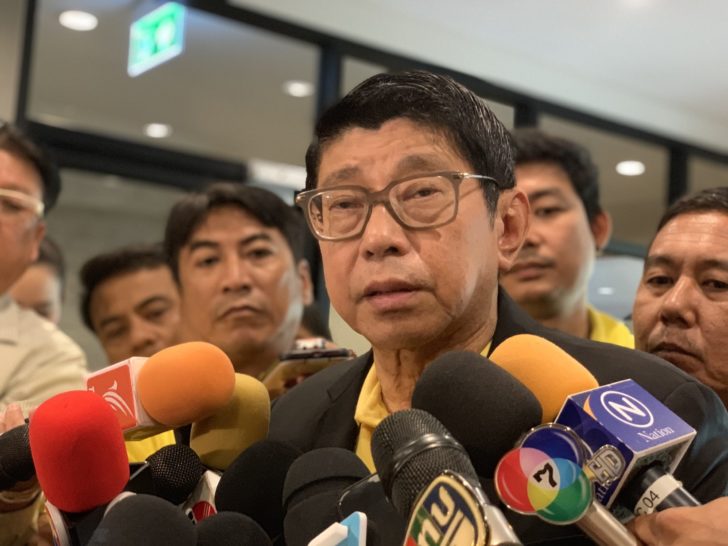 BANGKOK, 19th July 2018, (NNT) – The government is to submit its draft policy statement for consideration by members of parliament prior to an official announcement, with drought and economic issues being seen as urgent matters.

Deputy Prime Minister Wissanu Krea-ngam said today the policy statement to be declared before the parliament will have both general and urgent topics, including 12 urgent matters covering economic issues, public well-being, and disasters.

The government will be submitting the draft statement to parliament to be distributed to members within three days.

He said the government will immediately take action to realize these policies after the declaration to the house, while the opposition can raise questions or open a motion regarding the government’s efforts in the parliament.

As to whether the matter of a constitutional amendment will be included as one of the urgent policies as proposed by the Democrat Party, DPM Wissanu said he is unaware of a decision, adding that the Prime Minister must declare the statement and wait for feedback from the members of parliament before taking further action.

The new Cabinet is set to invite the National Anti-Corruption Commission to advise Ministers on the declaration of their assets within 60 days as required by law, which is also a requirement of Ministers who are not members of the parliament, as all MPs are considered to have their assets already disclosed.