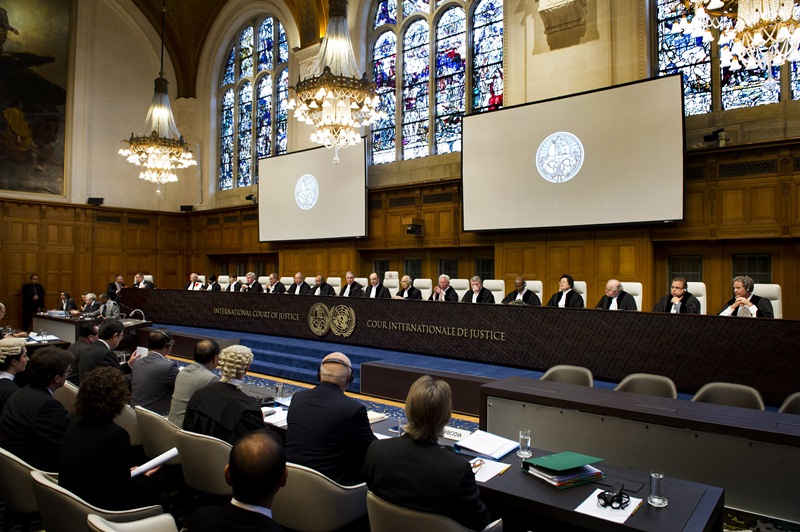 People living along the Thai-Cambodian border have been assured of peace and security following the International Court of Justice (ICJ)’s ruling on the Phra Viharn interpretation case.

Deputy Prime Minister and Foreign Minister Surapong Tovichakchaikul stated that Thailand and Cambodia were ready to seek the best solution for both countries, whatever the decision of ICJ might be.

In the weekly program “Yingluck Government Meets the People” on 9 November 2013, Mr. Surapong urged the people living in the border areas not to panic, saying that violent acts would not take place regardless of the outcome by the ICJ verdict.

He said that, in the post-ICJ verdict preparations, Thailand and Cambodia, both at the government level and the military in the border areas, agreed to maintain stability along the borders and prevent any untoward incident. In particular, he said, as the region heads toward the ASEAN Community, ASEAN members wanted to see peace in this region.

Mr. Surapong called on all parties not to politicize the ICJ judgment on the Phra Viharn dispute

saying that Thai people should come together and think constructively on how to live peacefully with Cambodians, as Thailand and Cambodia are neighbors and share a long common border.

He urged the people to be sensible in watching the live broadcast of the Phra Viharn interpretation case on 11 November 2013. The Government would listen to the views of the people and the National Assembly before taking any important step concerning this issue.

Mr. Surapong also explained that ICJ in 1962 ruled that the Temple of Phra Viharn was under Cambodian sovereignty. A dispute arose in recent years over the area around the temple. Then the Cambodian government has sought ICJ’s interpretation of its 1962 judgment in the case concerning the Temple of Phra Viharn by defining the terms “territory under the sovereignty of Cambodia” and the temple’s “vicinity.”

The temple stands on an area overlapping Kantharalak district in Si Sa Ket province and the Cambodian province of Preah Vihear.

In his inspection of Kantharalak and Si Sa Ket hospitals in Si Sa Ket province, Public Health Minister Pradit Sinthawanarong has instructed health personnel in the province to be alert in case of emergency. All 19 health centers and hospitals in the province were told to operate around the clock from 9 to 30 November 2013. A Medical Emergency Coordination Center has been set up at the Si Sa Ket Provincial Public Health Office.

In Bangkok, the Ministry of Public Health has set up a medical operation center at the Office of the Permanent Secretary for Public Health. The center serves as a coordinating unit to seek support from hospitals located in the Thai-Cambodian border areas. Nearby provinces, such as Surin and Buri Ram, are also ready to provide full medical assistance, if requested.

via Inside Thailand — Border Peace and Security Ensured Following the ICJ Verdict on the Phra Viharn Case.