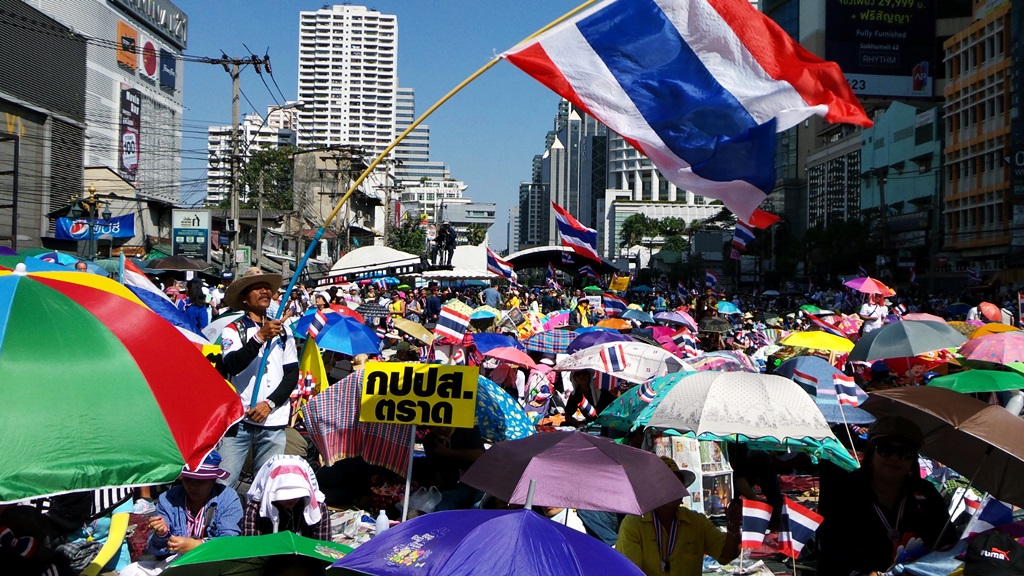 From a westerner point of view, Thailand ‘s recent upheaval has no foreseeable solution. On one side there is a government saddled with massive corruption and a growing part of the population thrown the streets by discontent. But on the other side it is not much better :  a hard headed opponent who wants nothing more than to seat on every democratic rules to have his own “good people” decide the fate of the country.

The protests, which have been gathering momentum for months, have weakened the thai baht country’s currency, underscoring the financial cost of political instability in the kingdom. The situation is likely to remain fluid during the next month as anti-government protesters have called to boycott elections scheduled for Feb. 2, raising the possibility of further turmoil. Suthep as also refused to negotiate anything with the government, and is calling the elected Prime minister Yingluck Shinawatra to resign.

But there is very little chance to see this happening as such a move would likely trigger even bigger demonstration of anger of the “Red shirts”, the rural masses of Thailand who have massively supported the ruling Prime minister during the 2011 elections.

Meanwhile Bangkokian and foreign visitors are learning to cope with the so called “shutdown” that is not a real one for the moment : you can still get around using the public transportation such as BTS and MRT. So far the protesters have remained peaceful, and foreigners are not designated targets (except some journalists) of the Suthep crowd.

Some part of Bangkok actually even look nicer now, while they are not packed with fuming cars standing idle for hours. Suthep might actually be a good option as a radical green governor for Bangkok.

Bangkokians this morning avoided commuting to protest areas, resulting in a smaller number of commuters than usual for public transport such as Skytrain and underground services.  Ronachit Yaemsaard, deputy governor of the Mass Rapid Transit Authority of Thailand (MRTA), said the subway is monitoring passenger safety, particularly at stations near protest sites.

He said usually some 200,000 persons commute by underground trains daily. However, the months-long ongoing demonstrations have resulted in an increased number of passengers to around 270,000 persons/day. The MRT underground can currently support as many as 300,000 passengers.

Authorities and the tourism industry have also prepared measures to facilitate travel of tourists to Bangkok during the planned massive anti-government demonstrations, starting from 13 January 2014.

The following measures have been lined up, starting from 13 January, 2014.

The Ministry of Tourism and Sports will set up a Tourist Care Center at the Sports Authority of Thailand at Hua Mak Stadium and a Tourist Care Unit at Suvarnabhumi and Don Mueang International Airports to coordinate with all concerned public and private agencies, including the Tourism Authority of Thailand, the Tourist Police, the Immigration Bureau, the Metropolitan Police Bureau, the Railway Police Unit, the Tourism Council of Thailand, the Thai Hotels Association, the Road Passenger Transport Association, and the Association of Thai Travel Agents.

A Tourist Help Desk will be set up at the BTS Skytrain Siam, Phaya Thai, Ekkamai, and Wong Wian Yai Stations and MRT subway Hua Lamphong Station. Each location will be manned by four Tourist Police officers.

A Shuttle Bus pick-up point will be set up at dedicated hotels in Bangkok in such areas as, Sathon, Sukhumvit, and Pathum Wan. Each location will have 1 bus, 2 vans and 1 boat on standby. For information on the exact location, contact the Tourist Care Center.

Frequencies of the State Railway of Thailand’s (SRT) train services from Don Mueang International Airport to Bangkok downtown, ending at Hua Lamphong Station, will be increased to enable visitors and air passengers to connect to their destinations, using the BTS Skytrain, MRT subway and Suvarnabhumi Airport Rail Link services.

The Thai baht rose to 33.94 baht per USD, a record high in the past two years after the Bank of Thailand (BOT) decided not to take measures to stop the rise of the domestic currency. END_OF_DOCUMENT_TOKEN_TO_BE_REPLACED 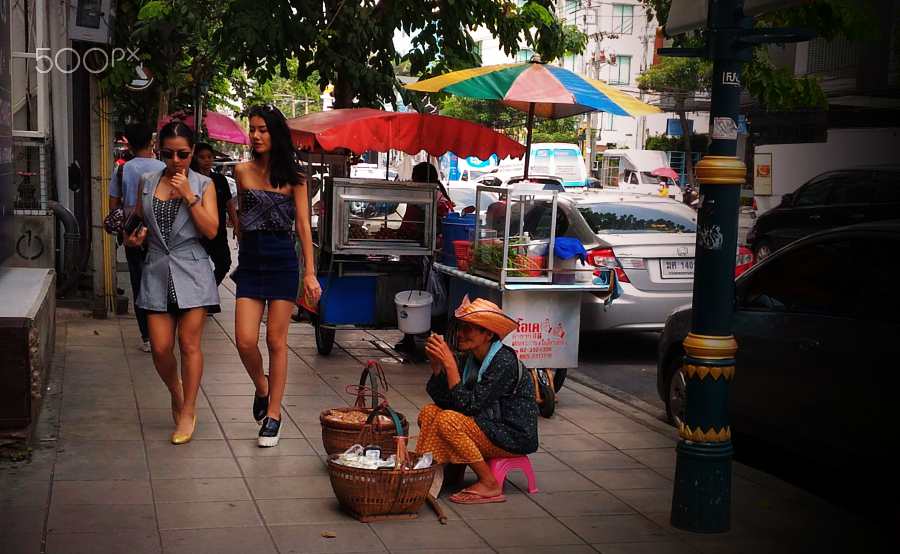 The world’s six largest pension systems will have a joint shortfall of $224 trillion by 2050, imperiling the incomes of future generations and setting the industrialized world up for the biggest pension crisis in history. END_OF_DOCUMENT_TOKEN_TO_BE_REPLACED