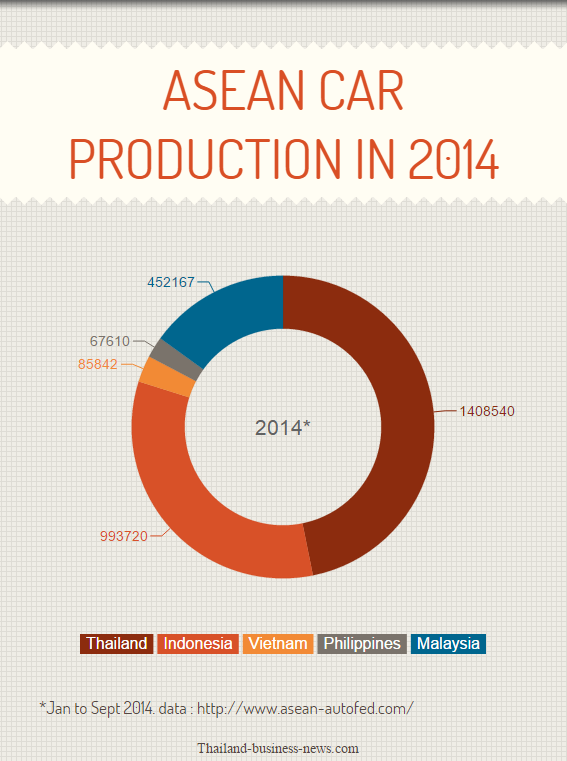 Indonesia carmakers are slowly making up with Thailand, as their production should reach 1.6 million units in 2014, when Thailand should produce around 2 mln unit in 2014 due to poor domestic demand.

The Jakarta Globe reported that carmakers in Indonesia expect to see a 93 percent rise in exports next year, thanks to a higher volume of production, quoting an official at the Indonesia Automotive Industry Association as saying. Noegardjito, general secretary for the association known as Gaikindo, said Indonesia could export up to 386,000 cars by 2015, up from this year’s estimate of some 200,000 units.

“Car production next year is targeted at 1.61 million units. Around 386,000 is likely to be exported,” Noegardjito said during an automotive workshop in Bandung.

This year, car production is estimated at 1.3 million units. Southeast Asia’s largest economy has seen its domestic car sales pass the one million milestone, a feat that has drawn automobile producers to invest in the country.

Though most carmakers limit their stake to assembly plants, some Japanese car brands, including Indonesian favorite Toyota, have begun investing in full manufacturing plants.

Car production down by 200,000 units in Thailand

He said that the dampened global economic situation has reduced car export to Thailand’s main export markets namely Australia, Asean and the Middle East with the exception of European market  where car exports have increased 14 percent.

MrSurapong the automobile sector would wait for the sale performance of the last two months of the year whether it would pick up or not and if not the production target might have to be revised down further.