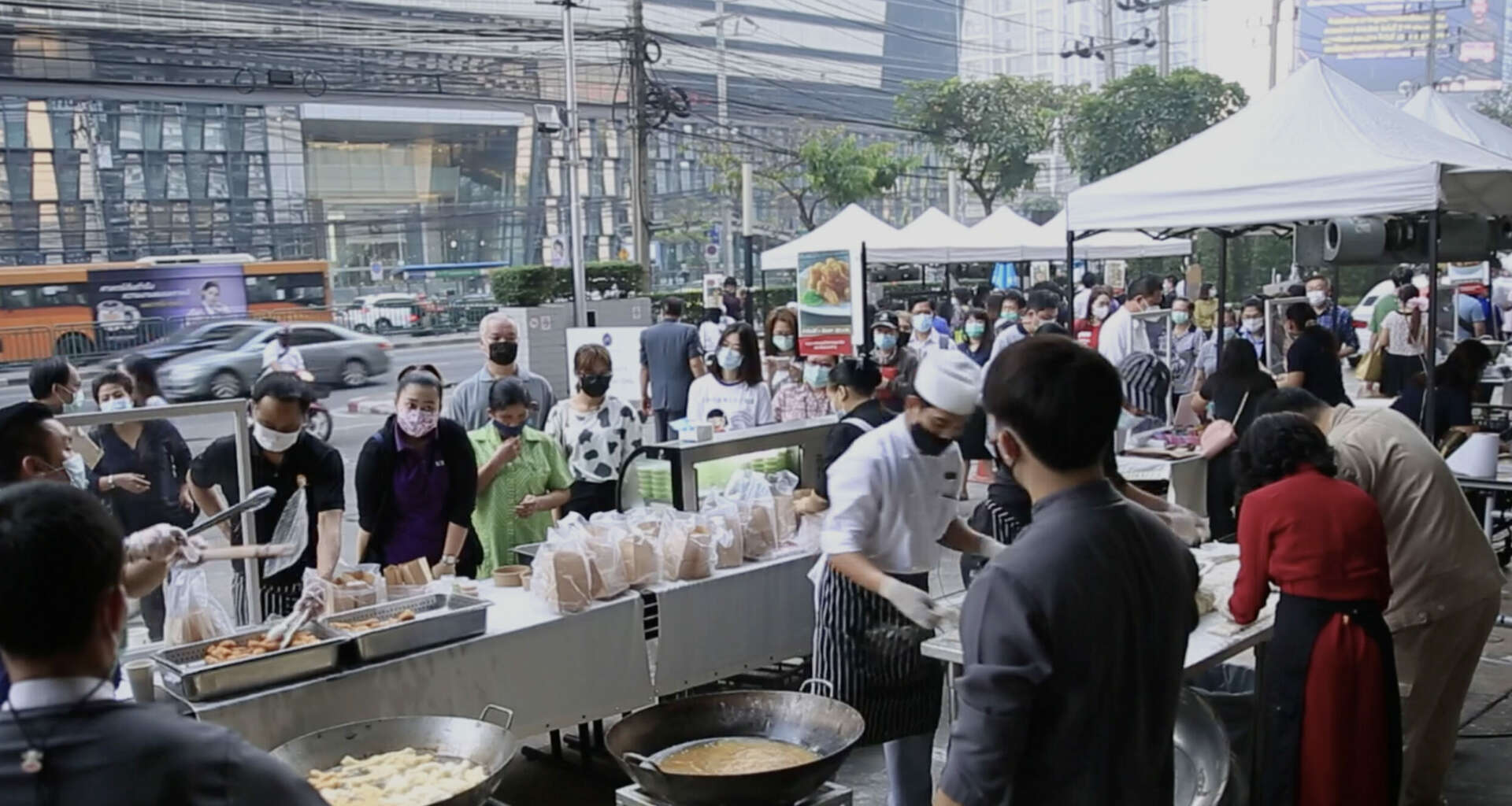 Previously, the government has introduced several relief measures to curb the economic impacts from the pandemic including (1) Monetary policy when BoT cut the policy interest rate and (2) Fiscal policies which are about tax break and government expenditure stimulus programmes e.g. “The 50-50 co-payment scheme”.

Despite the relief programme, the Thai economy hasn’t yet recovered and even slowed down now those schemes are over.

Not too far into the future the government’s remedial measures will be over e.g. current interest rates are already low.

Moreover, every policy has its cost, for example, implementation of fiscal policies causes the state to lose tax revenue.

Given the debt ceiling, it will be harder for the government to borrow more money. Therefore, the government should continue to look for other instruments to improve the economy.

We can learn from Japan’s experience which had a very long economic slowdown of over 10 years. In 2012, ex-prime minister Shinzo Abe’s government adopted a “three-arrow policy” known as Abenomics.

The first arrow represented monetary policy, and the second arrow was fiscal policy. However, implementation of both policies had limitations e.g. it may cause inflation from the excessive use of monetary policy, or there may be a debt ceiling problem in the case of excessive use of fiscal policy. Mr. Abe then needed a third arrow, which was a policy to eliminate regulations to improve private sector investment, which was used in parallel with the first two arrows as mentioned earlier.

In Thailand, the private sector and Thai people have to bear high annual costs to comply with government agencies’ regulations. In 2019, the TDRI studied and reviewed laws related to licences and permits to reduce unnecessary or obsolete laws and regulations called the “Regulatory Guillotine”.

The study found that 85% (1,026 procedures) of the reviewed procedures could be amended or abolished completely. If government agencies agree to do as suggested, it will save the private sector’s and Thai people’s compliance costs by approximately 133,816 million baht per year, or 0.8% of GDP.

The working method of the Regulatory Guillotine is conducted through the “checklist”, which was developed by the Organization for Economic Co-operation and Development (OECD). The checklist is a great tool to consider the necessity and appropriateness of regulations. It offers a systematic review and clear analytical process which the reviewer can apply to all the laws and regulations.

By applying the checklist to a particular law or regulation, the reviewer can propose a proper recommendation to fix the pain point or to reduce burdensome rules. It can also assess the extent of cost savings by comparing compliance costs before and after the reform.

(1) Legality, for example, does the law have a valid power base?

(2) Economic consistency, for example, is the law appropriate for the environment of the economy? Is it out of date?

By using the review process above, the government can then target the third arrow to the root causes of the problem or pain point. In this article, the author will give three examples:

Short-term goals: Focusing on solutions for vulnerable groups including: (1) reducing redundant processes to employ disabled persons and extending the provision to allow private agencies to access “the training disabled fund” under the Empowerment Of Persons With Disabilities Act, BE 2550 (2007); (2) solving the delay in access of the elderly to rights protection under the Elderly Person Act, BE 2546 (2003) by indicating the exact time period for the authorisation process by the related agency; (3) cancelling the educational qualifications condition for security guards under the Security Guard Business Act, BE 2558 (2015).

Medium-term goals: Focusing on helping to facilitate SMEs to recover faster: (1) cancelling privileges granted to government agencies in the securities business by repealing “an exception that a government agency does not require a security business licence” under the Security Guard Business Act, BE 2558 (2015); (2) solving overlapping legality problems by amending the ministerial regulations on the rehabilitation plan maker and rehabilitation plan administrator required by the Bankruptcy Act, BE 2546 (2003) by replacing the permission process with a notification process. Moreover, amending the pledge requirements of the rehabilitation plan maker and rehabilitation plan administrator to pledge only in specified cases by law. These would lead to fair provision promoting market competition.

Long-term goals: Improving the laws related to the tourism industry and tourism-related businesses: (1) improving the acquisition process of a spa business operating licence under the Health Establishment Act, BE 2559 (2016) by developing online services, reducing unnecessary documentation, and applying a post-audit process. In addition, in the case of operators in training institutes and the Department of Health Service Support, the information should link to reduce the time needed to verify identities and to get rid of the duplication issue of applicant documents. (2) for the issue related to the guesthouse, the committee system should be cancelled under the Hotel Act, BE 2547 (2004).

Besides, there should be cancellation of the building standard provision under the Hotel Act to be under the Building Construction Control Act, BE 2479 (1936) only to eliminate the duplication of regulations (3) remove all conditions that exclude small brewers or craft beer to promote small producers, encourage the use of local ingredients and creativity, and promote tourism among tourists who prefer to drink beer made from local ingredients that are not available or where the market size is not small.

Regulatory reform is not only an essential arrow for economic recovery but also an important piece of the jigsaw that would complement measures that the government has already launched. Whether it is injecting money into the system through various projects to stimulate spending (demand side) or using various measures to help entrepreneurs (supply side), the cost of doing business is still high and the rules and regulations are unfair; hence investment isn’t worthwhile. These are the exact reasons why the government should rapidly guillotine our regulations.

Phumjit Sri-Udomkajorn is a researcher, Tiensawang Thamwanich is a Senior Researcher and Nathchaya Pongakkarawat is a Senior Research Fellow at Thailand Development Research Institute (TDRI). Policy analyses from TDRI appear in the Bangkok Post on alternate Wednesdays.

The official Chinese position has remained consistent with the statement made by Chinese Foreign Minister Wang Yi in February 2022 at the outbreak of the war: China is concerned with the violence and wants it to stop. It maintains that the territorial integrity and security interests of all parties need to be respected.

Thailand looks trapped as a middle-income country, unable to get rich, and stuck between a younger, dynamic Vietnam and larger Indonesia

Applicants can apply and pay for their visa on the e-Visa website, and if approved,…

The company, which is ranked number two in Asia and among the top 10 pet food makers in…