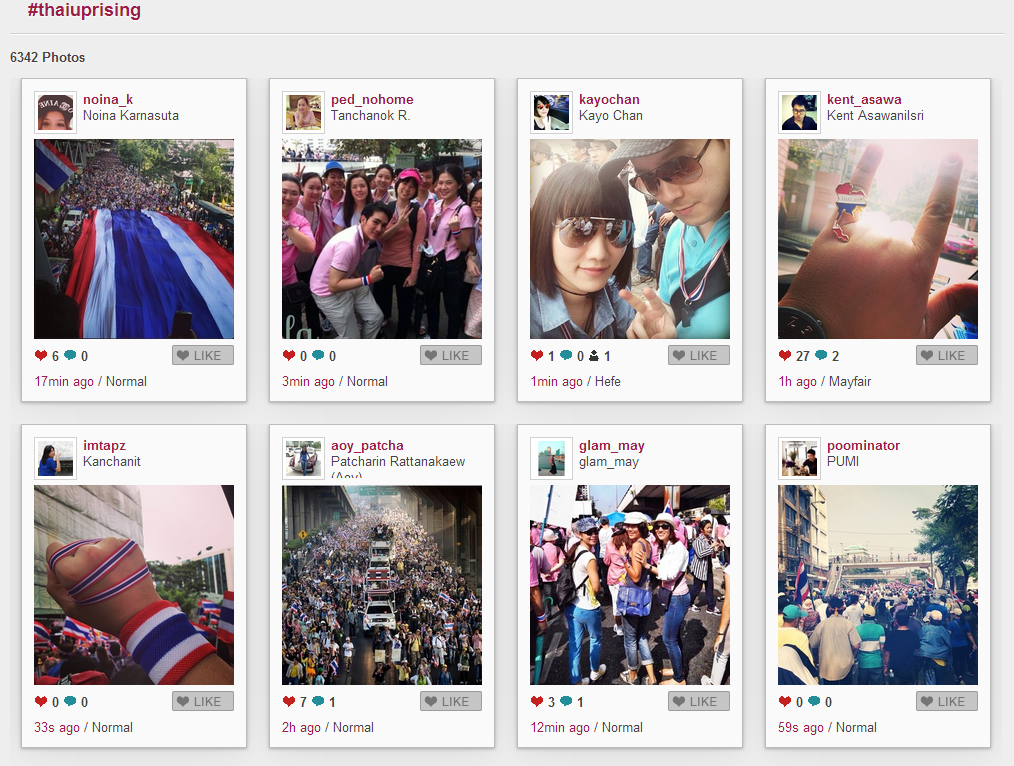 A large number of people joining the anti-government December 9 mass rallies are using the social media to communicate their actions to the world by using the hash tag; #Thaiuprising.

The hash tag, #Thaiuprising, is for everyone joining the marches on Monday. News agencies as well as members of the public, can gather realtime information about the uprising through this dedicated hash tag.

Many Thai Facebook users who were against the controversial amnesty bill had changed their profile picture in protest.

They have been changed their Facebook profile pictures into black sign with the message of “against the amnesty bill” to show their opposition to the amnesty bill, which has sailed through the third reading by the House.

Apart from the black-background photos, others, who are apparently red-shirt people, have started using red background with message saying: “opposed to the amnesty bill – murderers must be jailed, and people must be freed”.

More and more Facebook users have joined the uproar against the bill by changing their profile photos.

Apart from changing Facebook’s profile picture, Thai social media users also showed their stand against the bill by pressing ‘Like’ and ‘Share’ buttons whenever their friends posted something against the bill. They also kept on sharing messages that urged the people to take certain actions against the bill

What 2013 tablet is the best for gaming?