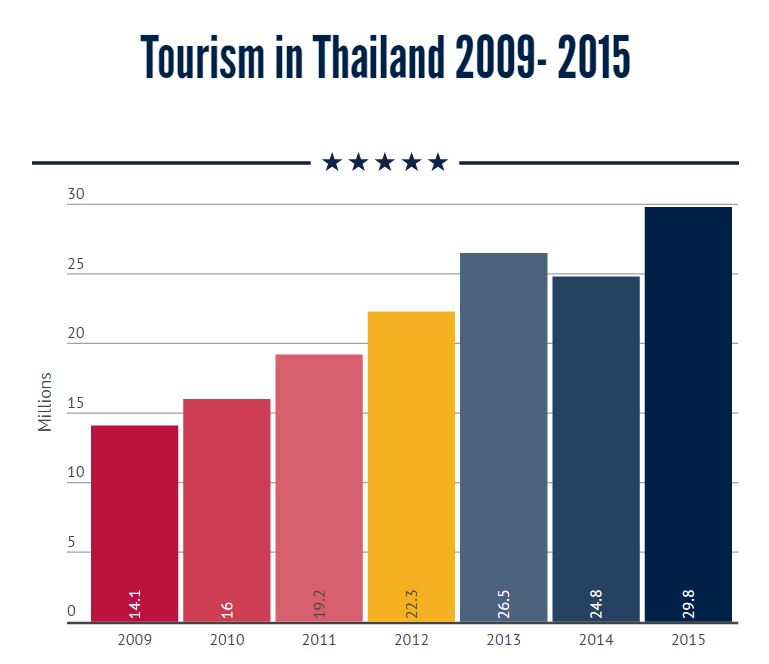 The Tourism and Sports Minister expects revenue from foreign tourists in the second quarter of the year will expand by 10.8%, while revenue from domestic tourism is expected to expand by 6.5%.

Tourism and Sports Minister Kobkarn Wattanavrangkul said tourism revenue in the second quarter of the year will top 560 billion baht, of which 355 billion baht was generated by approximately 7.46 million foreign tourists.

In the second quarter of the year, the ministry expects 2.18 million Chinese tourists will visit Thailand, a 9.3% increase from the same period last year.

Meanwhile, 36 million Thais are expected to travel in the country during the second quarter, a 4% increase year-on-year. Domestic tourism is expected to generate 205 billion baht in revenue, a 6.5% increase from the same period.

In total, the country will generate 1.24 trillion baht in tourism revenue in the first half of the year, accounting for 51% of the annual target for 2016. This year, the ministry expects a total of 32 million foreign tourists.

Source: สำนักข่่าวแห่งชาติ : Tourism revenue in the second quarter of the year to top 560 billion Baht