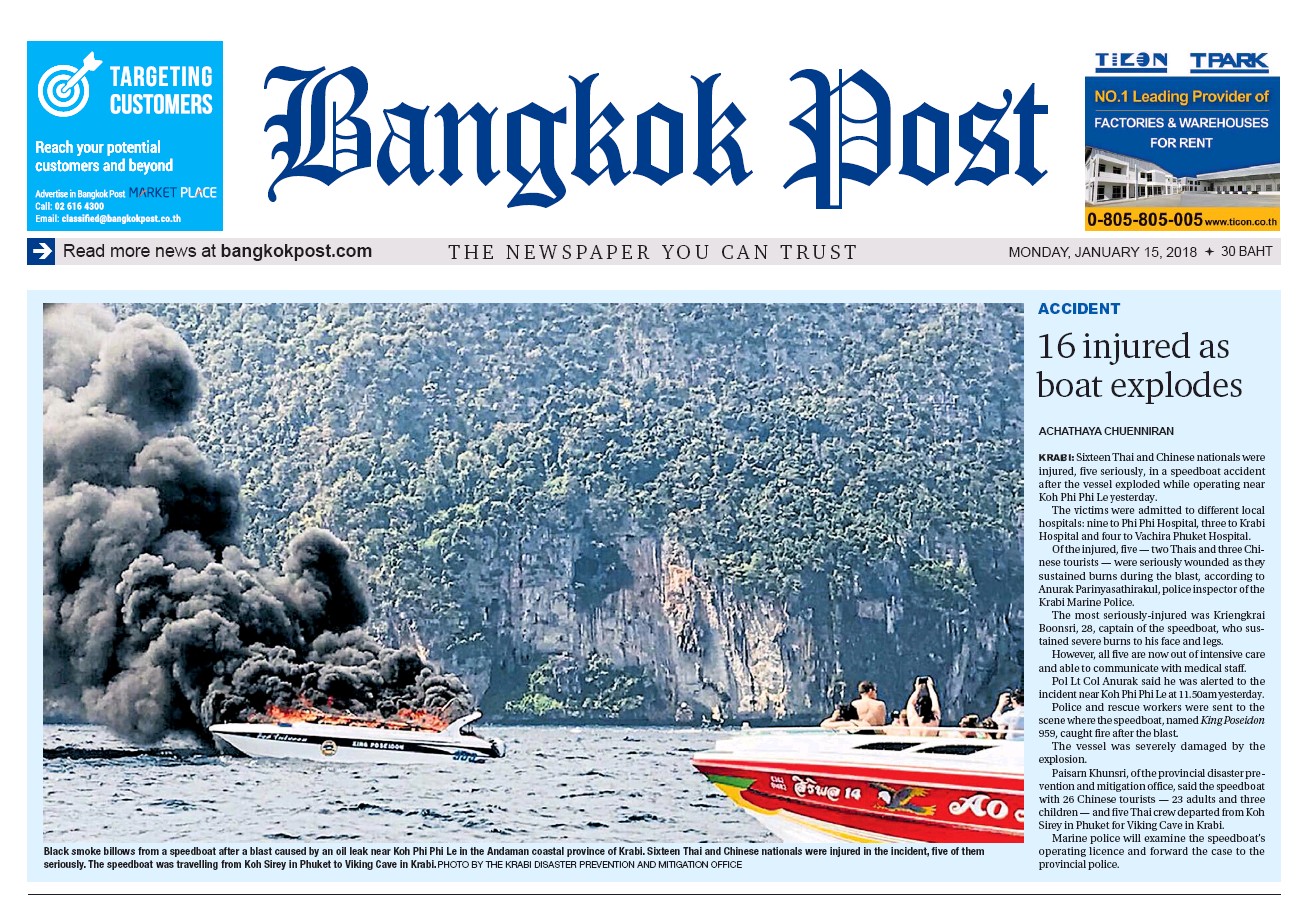 The Minister and officials rushed to the Andaman coastal province yesterday evening with the aim of reassuring all the injured passengers and crew of the speedboat incident and their relatives that everything possible is being done to ensure they make a swift and full recovery. They paid a visit to Krabi Hospital and Krabi Nakharin International Hospital where the majority of the injured are being treated.

Mr. Yuthasak Supasorn, Governor of the Tourism Authority of Thailand (TAT), also expressed his deepest sympathies to the injured passengers and crew,

Mr. Weerasak also held meetings with concerned authorities to ensure that all the injured people, be they tourists or local crew, receive the best possible medical treatment.

“I would like to extend my deepest personal sympathies to all those who suffered injuries and trauma. Upon reporting the incident to the Prime Minister, General Prayut Chan-o-cha, His Excellency also extended his sympathies and instructed all concerned authorities to help all the injured people get the best medical care for their injuries.”

According to preliminary police reports, the incident took place at about 11.30 a.m. on Sunday, 14 January, 2018, when the speedboat, King Poseidon 959, exploded off Phi Phi Island.

The boat was carrying 31 people, including 26 Chinese tourists (23 adults and 3 children). The authority is still investigating the cause of the explosion.

As the incident took place in busy waters, rescuers on nearby tourist boats as well as marine police and rescue units were able to reach the vessel within minutes.

According to the official report by the Department of Disaster Prevention and Mitigation, five people, including the captain and two Chinese tourists, were seriously injured while 26 other sustained minor injuries. The injured were taken to hospitals in Phuket and Krabi.

Mr. Yuthasak Supasorn, Governor of the Tourism Authority of Thailand (TAT), also expressed his deepest sympathies to the injured passengers and crew, and hoped that they recover from their injuries and make a swift and full recovery.