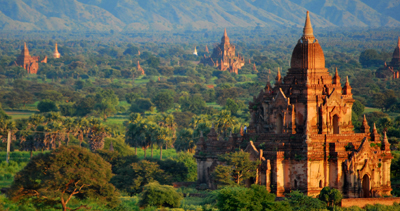 BAGAN, 5 September 2016: Bagan’s Department of Archaeology, National Museum and Library will collaborate with UNESCO experts to train volunteers to document the damage and clean debris from pagodas damaged in the recent earthquake.

Irrawaddy media reported that experts from UNESCO are visiting Bagan, this week, to provide training on emergency restoration work and techniques.

The department director, Aung Aung Kyaw, was quoted saying volunteer leaders will be trained on how to document damage, collect and clean debris without affecting the structures, and how to verify and handle broken pieces that came from ancient temples.

According to the department’s official figures, 397 pagodas and temples were damaged by a 6.8 magnitude earthquake when it hit the central Myanmar, 25 August.

Four people died and close to 400 of the 2,200 pagodas, temples, monasteries and other structures in the historical park were damaged.

Ministry of Hotels and Tourism has recently released  a list of don’ts for tourist visiting Bagan.

Bagan is an ancient city located in Mandalay Region, built between the 9th and 11th centuries, during an era when some 55 Buddhist kings ruled the Bagan Dynasty.