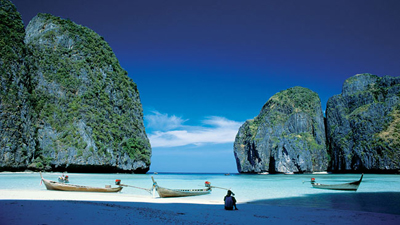 The bank’s think-tank unit said domestic tourism was crucial for the country’s economy  and the market should generate around THB800,000 million, or a share of 5.7% of the gross domestic product (GDP).

It kicks in when travellers purchase a domestic tour package, or hotel accommodation, during December and can be claimed in annual tax returns filed in late March for 2016.

The measure came into effect Thursday, 1 December and expires at the end of the year.

Travellers can only base their tax claim against official invoices and billings for travel and hotel services that are registered.

The Cabinet also agreed to reinstate hotel accommodation as a tax deductible item until the end of this year after the ruling expired 31 December, last year. The maximum deduction is also THB15,000 per person and must be supported by invoices from hotels that are registered  to offer hotel services.

Travellers have the right under the two schemes to deduct up to THB30,000 from their 2016 tax returns.

The bank estimates that the stimulus measure would help to generate an additional income for domestic tourism of around THB2,000 to THB4,000 million compared the same period last year when no tax breaks were available.

The centre forecasts that tourism revenue could reach THB82,000 to…

Passenger traffic growth slowed to 3.6% in August, but Asia-Pacific up 8.5%