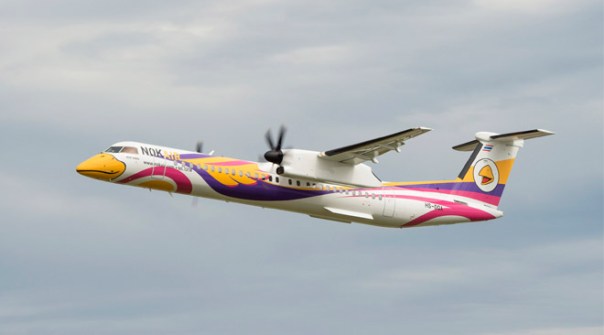 Nok Air is launching a new international direct flight between Mae Sot and Yangon, starting from 29 October. The airline began accepting reservations on the route from 19 September.

From October to December, this year, Nok Air will operate three return flights per week on Tuesday, Friday and Sunday.

From January to February, next year, the frequency will be increased to four return flights per week, with an extra flight on Thursday.

From March 2018 onwards, there will be a new return flight every Saturday, bringing the frequency on the Mae Sot – Yangon route to five flights per week.

Nok Air will operate on the route using its new Bombardier Q400 aircraft with 86 seats.

Mae Sot is Thailand’s westernmost district, located about 86 kilometres from the city of Tak. Facing Myanmar on the opposite bank of the Moei river, Mae Sot is a major trading spot for jade and gems and for general shopping for Burmese clothing, decorative items, original Burmese blankets and slippers, and so on.