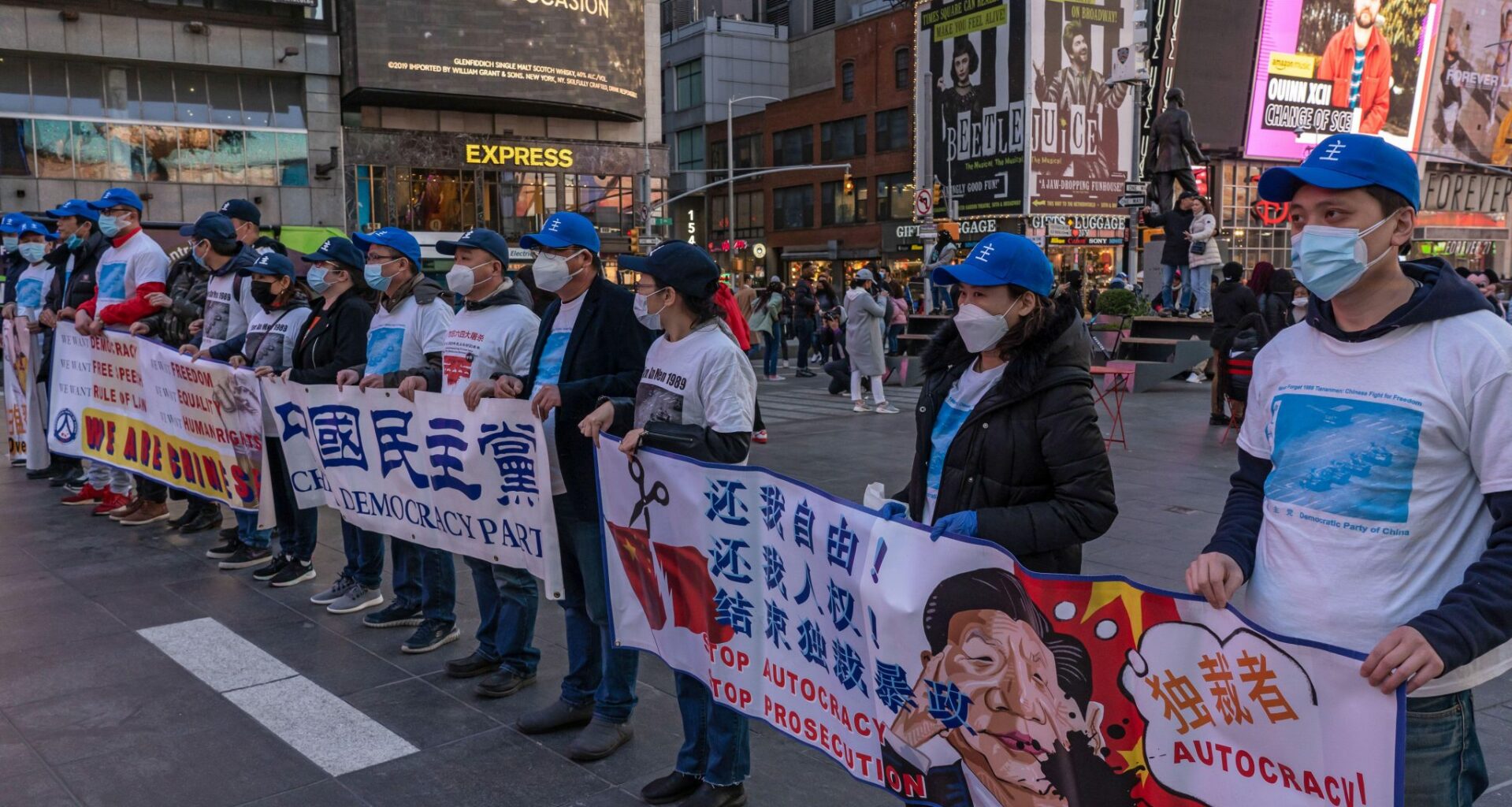 Why China cares about the label of democracy

The most important problem facing China is a lack of alternative concepts to legitimise the state. Although contemporary China is the heir to a socialist revolution, beyond nostalgic leftist circles, orthodox Marxism cannot capture the public imagination as an alternative to liberal democracy.
Share
Tweet
Share
Share
Share

If you access any Chinese state media or pro-state social media published in late 2021, you will be bombarded with attacks on US President Joe Biden’s ‘Summit for Democracy’ and relentless insistence that China is the world’s largest democracy.

Beyond the fear of geopolitical containment, it is puzzling why China cared about Biden’s democracy summit.

It is not initially clear why China would insist on being a democracy when claiming democratic status risks falling into a rhetorical trap.

While most Western media dismisses China’s claim to democracy as simply a cynical propaganda ploy, some ‘democratisation optimists’ in the West have suggested that China’s reaction to Biden’s summit shows China’s commitment to some vague notion of eventual democratisation. These observations miss the point.

China’s reaction to the summit — clinging onto the concept of democracy — largely reflects a lack of a conceptual alternative, geopolitical fear and some genuine domestic perception that the country is democratic.

The most important problem facing China is a lack of alternative concepts to legitimise the state. Although contemporary China is the heir to a socialist revolution, beyond nostalgic leftist circles, orthodox Marxism cannot capture the public imagination as an alternative to liberal democracy.

Granted, there is growing intellectual interest in critiques of democracy such as meritocracy and the Schmittian notion of self-justifying authoritarian state power. Eric Li is perhaps the most eloquent critic of democracy in China offering universal critiques of liberal democracy, such as institutional vulnerability to being captured by elites and the tendency to be gridlocked in unhealthy partisanship and identity politics.

Yet, so far, none of the alternative concepts of legitimisation have gained official endorsement. You will not find meritocracy or citation of Carl Schmitt in the plethora of documents produced by China Communist Party plenums. These alternative concepts are rare sights even in the less rigid Chinese media propaganda targeting foreign audiences.

There are also geopolitical concerns. Embracing any legitimisation concept other than democracy by China, even one that is not explicitly anti-democratic, may unite the Western world in a democratic alliance against China. There are anti-democratic leaders and anti-democratic movements all over the world, usually referred to as ‘populists’, who do not have a systematic anti-democratic ideology. Most of these populists also take up anti-China foreign policy positions. Some even treat China as a scapegoat for their domestic grievances. There is little chance for anti-democratic solidarity between China and the international populist right.

It is advantageous for Beijing to cling to the democratic label to avoid contributing to the formation of a united Western democratic coalition against China. Plenty of people in China genuinely believe their country is democratic. One historical reason behind this is the presence of so-called ‘people-oriented (minben)’ thought in traditional Chinese political culture, which emphasises governance ‘for the people’, rather than government ‘by the people’. Mencius outlined the classic Confucian ideal of state–society relations, under which ‘the people come first, the state comes second, [and] the ruler comes last’.

Yet a state that works for the benefit of the people is not necessarily democratic. People-oriented governance often means a paternalistic but responsive form of authoritarianism. Elites and the public in China often use performance metrics, rather than procedural and institutional criteria, to measure how legitimate or ‘democratic’ the state is. These performance metrics include economic growth and also Beijing’s ability to avenge China’s century of humiliation and reclaim China’s great power status.

The primacy of performance metrics over procedural ones is also reflected in survey data. Pollsters repeatedly find that a majority of Chinese respondents consider China a democracy. It would be self-deceiving for Western observers to dismiss these survey results as a simple reflection of public quiescence under state pressure. A more nuanced interpretation is that ‘democracy’ is simply what the public calls a state that functions well enough to live in.

Despite skepticism aboard, China’s endeavour to redefine democracy in its image has a receptive audience domestically. As long as enough of the Chinese public recognise their country as a ‘democracy’, there is no urgency for Chinese leaders to seek out risky alternative concepts of legitimisation.

While it remains advantageous for China to cling to the label of democracy in the short term, China’s claim to the label is risky. It is difficult for Beijing to redefine democracy in its own image internationally. And claiming to be a democracy makes China’s political system more vulnerable to Western critiques. By clinging to the democratic label, China risks falling into the rhetorical trap of having to keep defending how democratic it is.

Unless the Chinese state offers official backing to an alternative theory of legitimacy for its political system and provides more space for political theory and alternative discourses within China to flourish, it is unlikely that China can escape this rhetorical trap anytime soon.

A shadow economy worth billions of dollars a year is formed by illegal casinos, internet betting shops, underground lotteries, and pop-up bookmakers that accept wagers on everything from cockfighting to Muay Thai.

An analysis of GlobalData’s Company Reports Database reveals that seven companies out of the top 50 reported an increase of over 40% in their revenue and three companies reported a decline of more than 3%. The list included 28 companies from China, all of which, registered year-on-year growth.