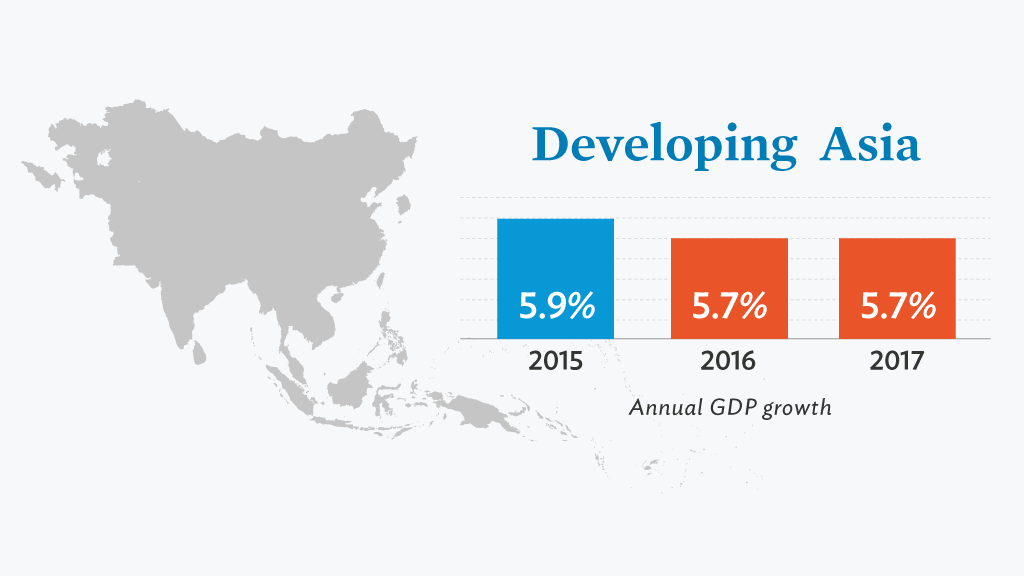 Modest recovery in Southeast Asia and sustained growth in India will partly offset continued moderation in the People’s Republic of China and the associated spillover into neighboring economies, said ADB in its latest Asian Development Outlook 2016 report.

Risks to the growth outlook tilt to the downside: future US interest rate hikes that may intensify global financial volatility; a sharper-than forecast growth slowdown in the People’s Republic of China that would hurt regional exports and growth; emerging producer price deflation that may undermine growth in some economies; tepid prices for oil and other commodities; and El Niño.

Asian Development Outlook 2016 report highlights the need to invigorate developing Asia’s potential growth, whose decline since its peak explains much of the region’s growth slowdown since the global financial crisis.

The ADB report says economic recovery in Thailand will gradually move forward over the next two years, bolstered by public investment.

Senior ADB economist for Thailand Luxamon Attapich said the economic growth projection for the country in 2016 was at 3% instead of 3.5% as earlier projected.

It is based on the assumption that inflation will stay at 0.6%, the exports contract by 1% and current account surplus will come in at 7.5% of gross domestic product.

Regional growth will be led by Indonesia as it ramps up investment in infrastructure and implements policy reforms that spur private investment.

Output will increase 6.5% in 2016, down from the 6.9% increase in 2015, but within the government’s growth target. In 2017, growth will slow to 6.3%. Due to its outsized linkages, estimates suggest the drag from the growth moderation in the PRC may be as much as 0.3 percentage points across the region.

India will remain one of the fastest growing major economies in the period ahead. Growth will reach 7.4% in 2016 before picking up to 7.8% in 2017.