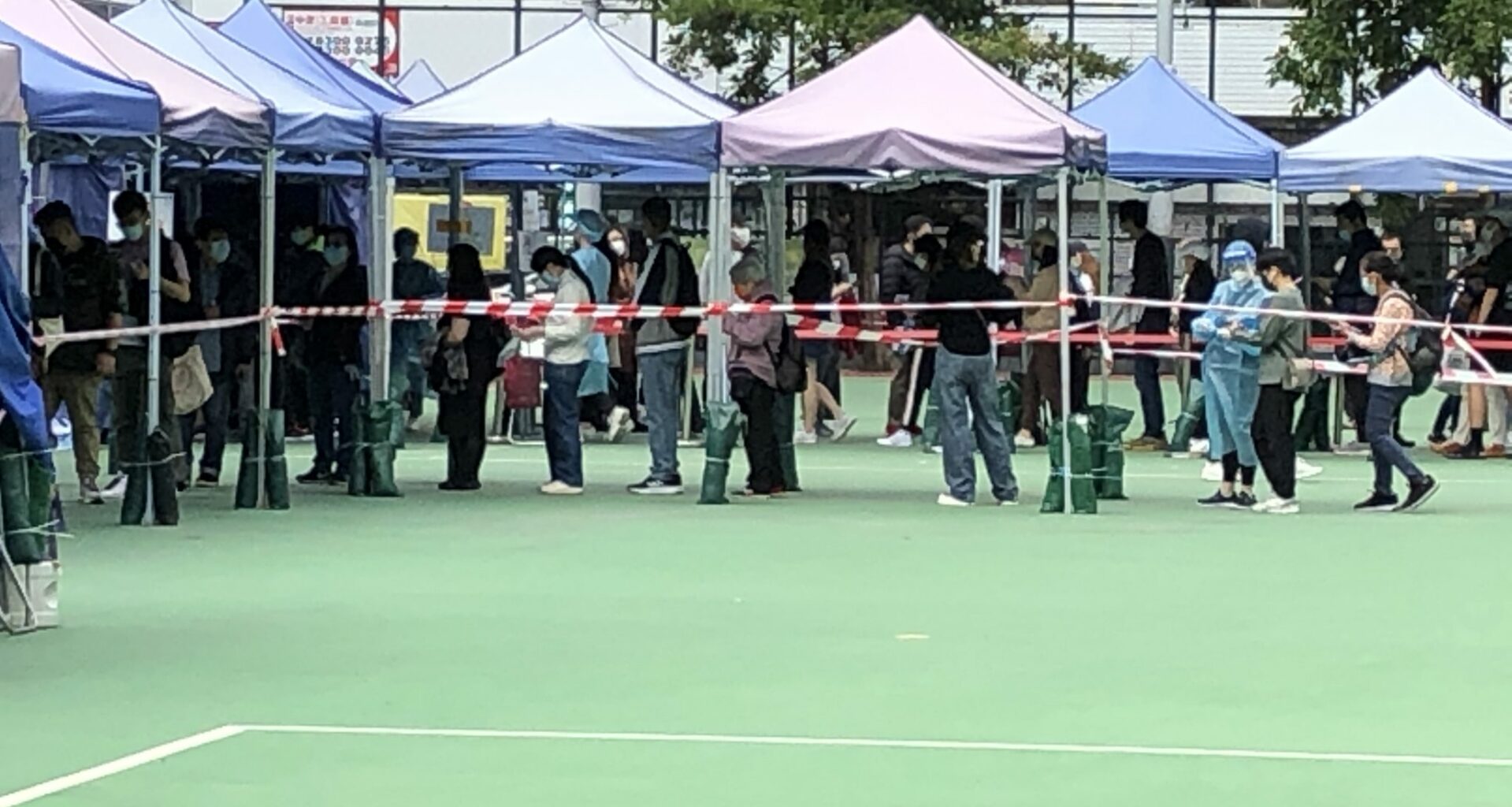 The start of 2022 has seen Hong Kong’s COVID-19 pandemic firewall well and truly breached. Months had passed with only isolated community cases, but by the end of January there were hundreds of new cases being identified weekly.

The rapid spread of COVID-19 caught officials off guard, leading to harsh lockdowns and mass testing.

How did Hong Kong, a poster child for zero-COVID with some of the harshest quarantine measures in the world, see such a massive increase in infections within such a short period of time?

The first major breach occurred in December 2021 but the rate of infections accelerated in January 2022. In the first week of January 2022, over 200 of Hong Kong’s political elite attended a birthday party for Witman Hung, a delegate to the National People’s Congress. Among the attendees were several people infected with the Omicron variant of COVID-19. This outbreak significantly impacted public trust in the government and revealed a previously unknown spread of the Omicron variant in Hong Kong.

In the second week of January 2022, an unidentified transmission of the Delta variant tied to a pet shop revealed a cluster of imported hamsters that were infected. Though it is well established that the animals could be reservoirs for the virus, this was the first time that hamsters were found to transmit the virus to humans.

But the origin of this transmission chain remains unknown. The animals were independently tested twice, before being released with a clean bill of health. Assuming no breakdown of testing protocols, the most likely source of their infection is from within Hong Kong, suggesting undetected chains of the Delta variant in circulation.

As Hong Kong debated culling its hamster population, Omicron re-emerged in housing estates. These were large-scale outbreaks, affecting tens of thousands of people. In this case, COVID-19 spread through direct and vertical transmission. The numbers of infected and close contacts precluded mass quarantines, as had previously been used. Instead, entire estates were locked down in a style usually seen in mainland China. Although health personnel were quick to deploy resources, the scope of the lockdown and testing highlighted shortcomings in technical and policy capacities.

By mid-February, Omicron had spread throughout Hong Kong. A city where single cases in a week was previously cause for alarm now saw over 1000 daily cases. Case reports no longer included personal information as there were too many to process. Mild cases were sent from hospitals to the Penny’s Bay quarantine site, which quickly reached full capacity. New temporary testing facilities were erected and plans to deploy mainland healthcare workers advanced as Hong Kong labs were overwhelmed.

As of February 2022, large Wuhan-style lockdowns of entire districts are being mooted as the next stage of the government’s response against a viral foe that has sidestepped all other containment measures to date. These outbreaks and the increasingly harsh measures highlight the difficulties in sustaining a zero-COVID strategy to reopen cross-border trade and travel with mainland China.

Hong Kong has prioritised reopening its border with China over the rest of the world. Editorials in the People’s Daily and the pro-China Wen Wei Po have made it clear that to do otherwise is unacceptable. President Xi Jinping has also made it clear that it is ‘the major responsibility’ of the Hong Kong government to control the current outbreaks. Any changes to the zero-COVID strategy would be considered tantamount not only to local resistance but to opposition from the central government.

Reopening the border is predicated on zero infections in Hong Kong and China. Both conditions must be met, or the virus could enter Hong Kong from China just as easily as it could enter China from Hong Kong. The wide geographical spread of the Omicron and Delta variants in China suggests that the mainland will battle throughout this year and that Hong Kong’s own struggle will continue for at least the same period.

This creates a Catch-22 for Hong Kong’s zero-COVID response. Hong Kong wants to open up but cannot do so without infections, but any infections means that it cannot open up.

Caught in the middle is Hong Kong’s future as a global city. Hong Kong’s prosperity has always been predicated on open borders and the unrestricted movement of people, particularly by air travel. Its ongoing isolation — enforced by some of the world’s strictest quarantine and testing regimes — threatens its global status.

Hong Kong’s zero-COVID strategy has been out-maneuvered by the virus. Reopening with mainland China remains the government’s central priority, but the continued global spread of the virus means that such a policy is not viable unless Hong Kong remains walled off from the rest of the world.

While reopening would expose Hong Kong to further inflows, 65 per cent of the population wants to live with the virus. The cul-de-sac that policymakers have driven the territory into is a dead-end, characterised by an ongoing strangulation of the local economy and an unsustainable delinking from global society. This dead-end needs to be exited by allowing science to lead policymaking.

If Hong Kong is to rejoin the international community, it must take the necessary steps to live with the virus.

Nicholas Thomas is Associate Professor in the Department of Asian and International Studies and coordinates the One Health research cluster at the City University of Hong Kong. He is also a Fellow at the Royal Society for Public Health, United Kingdom.

A weighted justice system and prevalent hostile attitudes toward women shut out all consideration of pursuing legal recourse for many, if not most, victims of sexual harassment and assault

Indonesia is looking to foreign investors to help build its sovereign wealth fund, in a bold experiment to address the country’s infrastructure needs.

Cities across Thailand and the Philippines have all seen drops in this year’s rankings.…