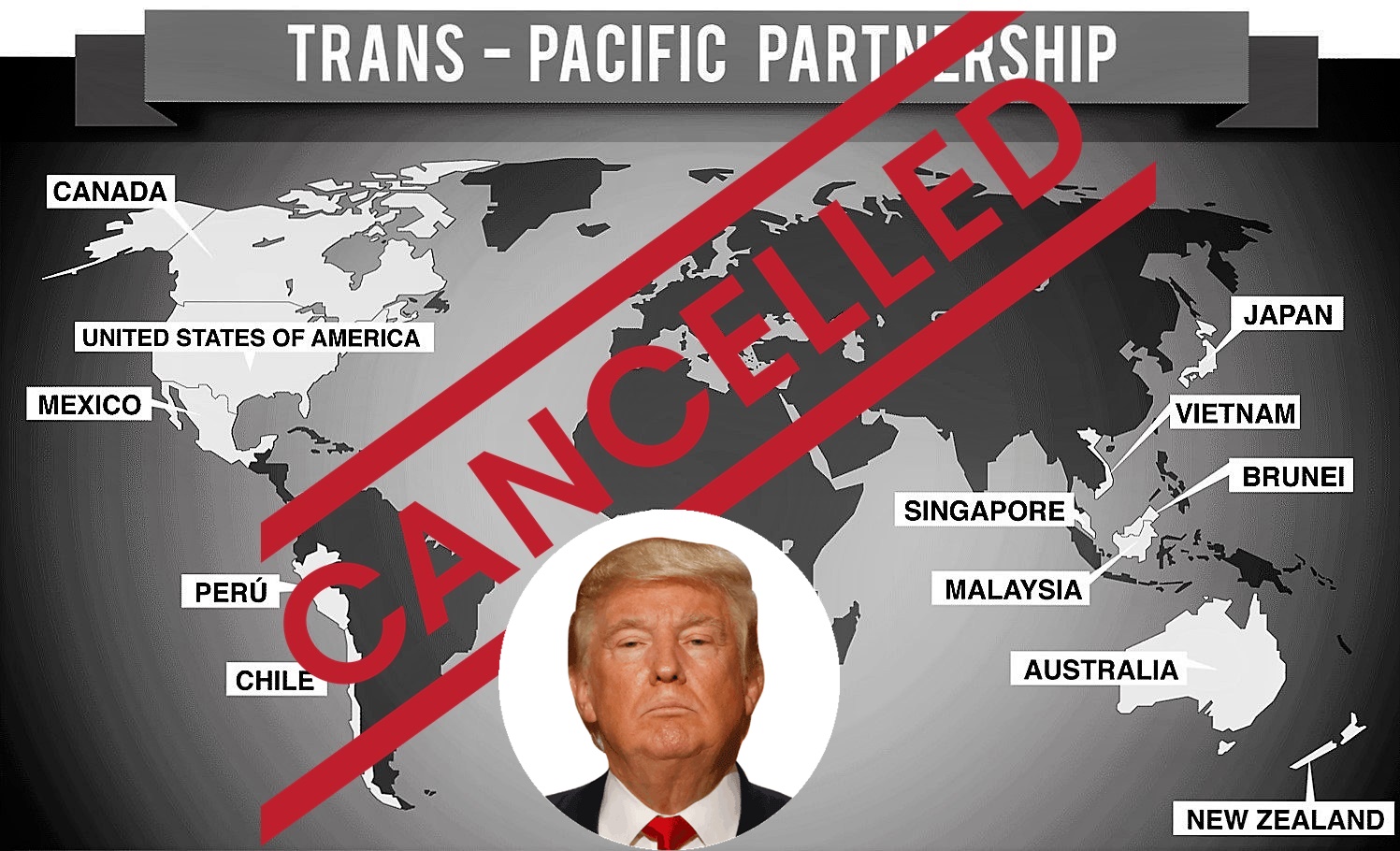 On Jan 23, 2017, US President Donald Trump signed a Presidential Memorandum to withdraw the US from the TPP, throwing into limbo 11 other countries.

As an immediate consequence of the abrupt withdrawal, the TPP was no longer viable without the US, as it accounts for 60 per cent of the combined GDP of the 12 TPP members.

Japan then led a scramble to keep the deal alive, with the hope of enticing the US to return at a later date.

The 11 countries of the Trans-Pacific Partnership (TPP) are now set to sign their pact without an original partner, the United States, in March in Chile.

Thailand wasn’t part of the initial TPP deal that was initiated by ex-president Obama, but  is considering applying to join the revamped version of 11-nation trade deal previously known as TPP and abandoned by President Donald Trump on his first day in office.

“Thailand will not rule out the idea of joining,” he said at a media briefing last week. “We are making a study of the impact on Thai private sectors.”

Each member can expect the Comprehensive and Progressive Agreement for Trans-Pacific Partnership to provide additional growth in national income of about 1% on average by 2030, according to an analysis by Professor Shujiro Urata of Waseda University in Tokyo.

As Thai analyst Thitinan Pongsudhirak argues, ASEAN member countries can provide large markets and complementarities in terms of trade and investment and add compelling value to the TPP mix through their supply-chain networks.

Adding the more advanced ASEAN economies to the TPP and leaving out the U.S. would reduce trade friction and divisions due to the divergence of trade patterns. For instance, Thailand’s automobile and auto parts industry, which accounts for about 12% of the country’s economy, could lose out substantially to Vietnam if the U.S. were readmitted.

What’s new with the revised TPP

More than 20 provisions have been suspended or changed in the final text ahead of the deal’s official signing in March, including rules around intellectual property originally included at the behest of Washington.

The deal will reduce tariffs in economies that together amount to more than 13 percent of the global GDP — a total of $10 trillion. With the U.S., it would have represented 40 percent.

“The big changes with TPP 11 are the suspension of a whole lot of the provisions of the agreement. They have suspended many of the controversial ones, particularly around pharmaceuticals,” said Kimberlee Weatherall, professor of law at the University of Sydney.

Thailand is also actively involved in a separate agreement, the Regional Comprehensive Economic Partnership (RCEP), led by China. It is a proposed free-trade agreement initiated by the Association of Southeast Asian Nations and China that would also include India and Japan.

How does the CPTPP compare with RCEP?

The RCEP was conceived in 2012. If approved, the free trade agreement will be the largest trade bloc in terms of population. The RCEP countries make up 46 per cent of the global population and are worth 24 per cent of global GDP.

It is a China initiative that seeks to bring into its fold China, Japan, India, South Korea, Australia and New Zealand and Asean countries.