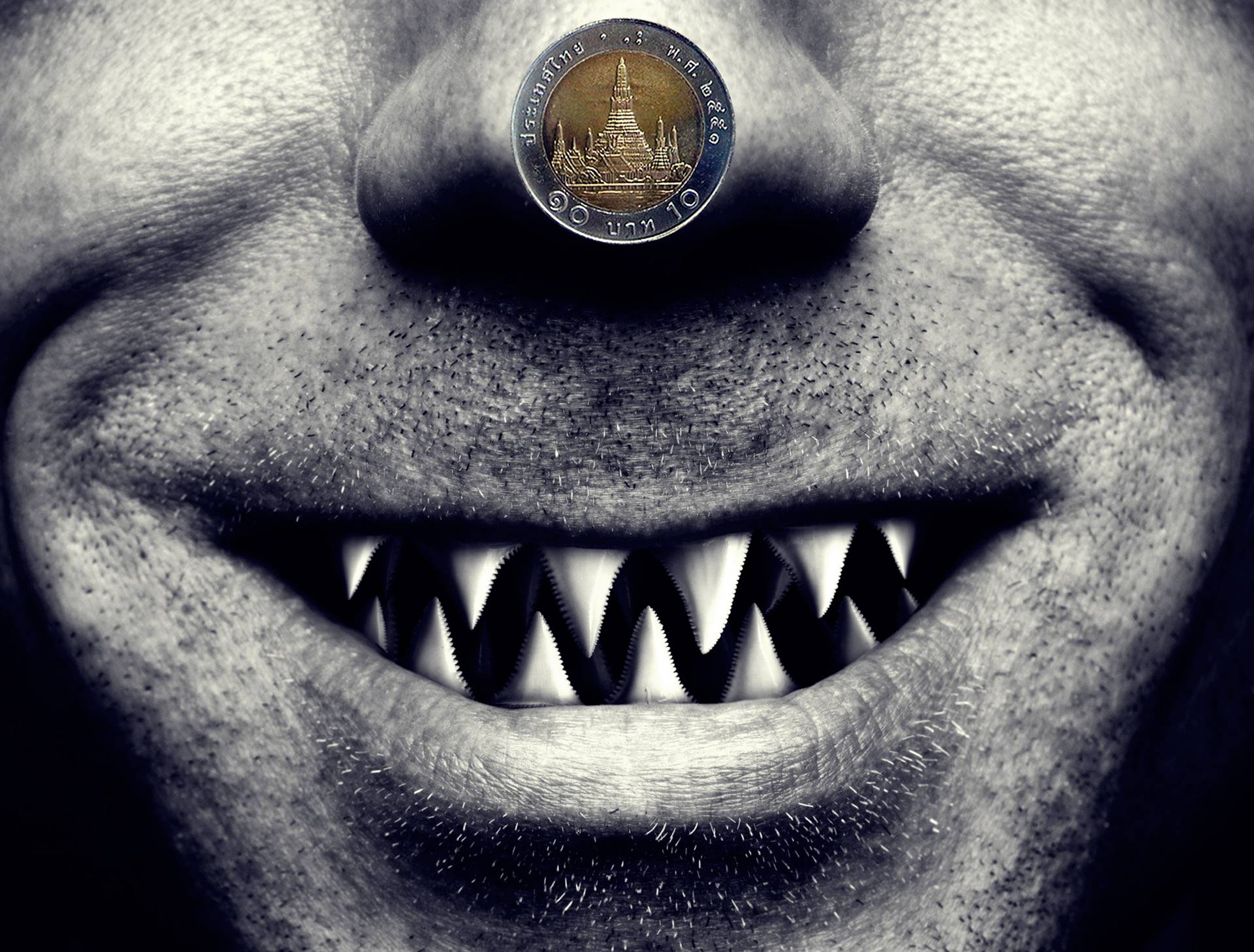 According to the University of the Thai Chamber of Commerce (UTCC), Thailand is currently reaching the highest rate of household debts in 8 years, with debts averaging around 119,000 baht per family.

About 60 per cent of debts among working people is believed to be borrowed from loan sharks for general payments, as well as to buy house or car.

Of all the people asked, 95.9% were in debt incurred mainly by daily expenses, buying vehicles and household purchases.

The survey also found that working people want the government to increase minimum wage from 300 baht a day to 356 baht, cut contributions to the social security fund and stimulate economic growth.

And even more worrying, loan sharks are getting the lion share of households debt in Thailand : around 60%.

The ratio of household debt to nominal GDP jumped to 81% from 45% during that period.

Indonesia and the Philippines have negligible household debt — at 9.9% and 7.1% of GDP, respectively. But Malaysia’s figure of 85% is surprisingly close to Thailand’s.

So is higher income associated with higher household debt? Not necessarily. Household debt in wealthy Singapore is just 60% of GDP.

The composition of household debt in Thailand is worrying

In Thailand and Malaysia, half is consumption-related with credit-card, personal loans and auto loans.  The assets underlying consumption-related loans depreciate in value quickly. In contrast, house prices usually go up, so a house is considered an investment.

So one type of loan makes borrowers poorer, while another type makes them richer. Unfortunately, Thai and Malaysian consumers are holding a lot of the former.

Sources indicate that many who resort to borrowing money from loan sharks do so because they lack access to formal sources of funds : out of 38 million people between the ages of 20 and 59, 18 million are presumed unable to access loans from recognized lenders (banks mostly).

Some people resort to loan sharks to supplement their income when it is insufficient to support their families, but the interest rates charged by loan sharks as “extortionate”.

Loan sharks main target are desperate people, providing they are willing to sign away what amounts to all their earning power. Loan terms are always expressed in percentage per week or month, but usually amount to well over 100% annual interest.

Some of the interest rates reported by sources are 10 percent per month, and according to the Ministry of Justice’s permanent secretary, cited by the Bangkok Post, some loan sharks may charge up to 3 percent interest per day, the equivalent of 1,095 percent a year.