The end of the Cold War was supposed to inaugurate Europe’s age of reconciliations, when the continent, finally at peace with itself, would be able to exist as a unified whole.

But reconciliation worked perhaps too well: the disappearance of the Iron Curtain also meant that Europe struggled to differentiate itself from the lands to the east.

The decade that brought down the Berlin Wall was also responsible for opening China to global capitalism. Deep value chains were quickly established, together with the infrastructure – both physical and digital – necessary to make them work.

It is frequently forgotten that this infrastructure was first developed by Western multinationals and financial institutions.

In recent years, Chinese authorities have increasingly taken on this task and with the Belt and Road Initiative, a development project of unmatched ambition, they intend to be firmly in control.

Spanning some 70 countries and requiring investment approaching $4 trillion, the initiative is deliberately intended to reshape the global political and economic order. China’s trade with countries along the Belt and Road rose 17.8% year-on-year in January 2018. 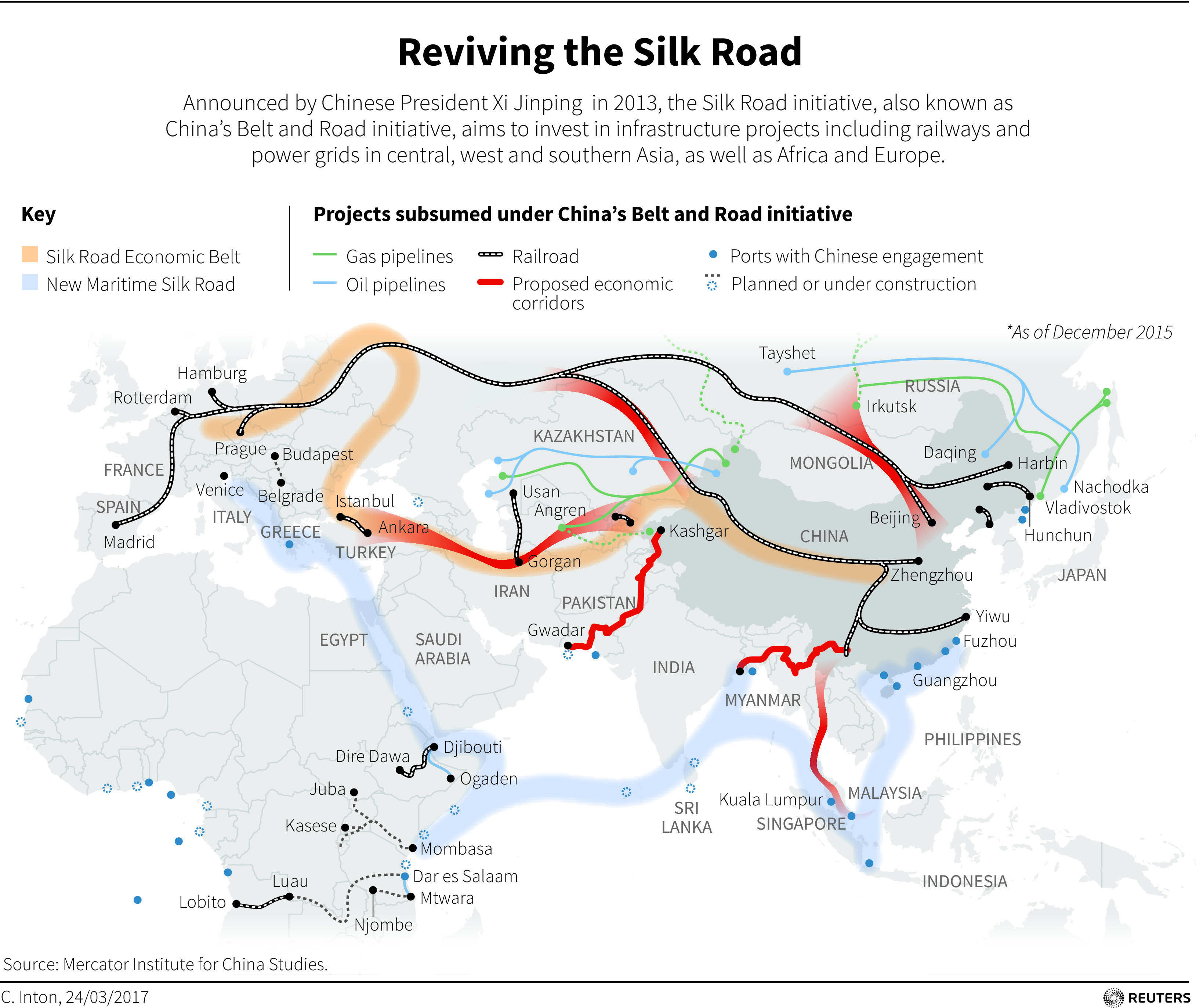 With the disappearance of old, ideological battle lines and the establishment of new trade links, a new geographic entity has started to emerge: Eurasia, the supercontinent extending from Lisbon to Shanghai or even Jakarta.

One could argue that this is a return to an older time, but the dawn of a new age would be a more exact description.

Romantic images of the Silk Road or Marco Polo’s adventures cannot hide the fact that trade along those routes was insignificant and almost no one made the whole journey from sea to sea.

As for Genghis Khan’s empire, practically limitless as it was to become, it still obeyed the iron laws of empire and was organized around a power centre. A genuine meeting between east and west is a creation of our own time.

One immediate consequence of the new political geography is how Russia will define its position in the world. Traditionally, Russian elites see their task as that of bringing about a gradual but complete integration with a more advanced Europe.

That vision is now being replaced with a new self-image as the centre and core of the Eurasian supercontinent. In this position, Russia can reach in all directions and provide a bridge between Europe and China on both ends. Asia, long associated with historical backwardness in Russian minds, is emerging as a pole of attraction.

Author, The Dawn of Eurasia

Eurasia, the supercontinent that will define our century | World Economic Forum

This article answers key questions around the US-led Indo-Pacific Economic Framework (IPEF), implications for member countries, and whether it will be able to counter China’s economic dominance in the Indo-Pacific region.

China’s economy looks set to enter a structural slowdown. We forecast GDP growth will slow to an annual average of around 4.5% this decade, down from 7.7% per year in 2010-2019.