While China’s biggest corporates are increasingly flexing their global muscle as the country’s economic and geopolitical influence accelerates, Bangkok is the 10th most popular destination for mainland firms expanding overseas.

The report analyses 12 mainland cities and their transformation into major hubs of innovation and global interaction. It also dives into the country’s emerging wave of influential corporates and the impact that this group of dynamic Chinese companies have beyond their domestic market.

“The China12 are home to a growing group of highly dynamic and ambitious new generation firms that will drive the next wave of globalisation,” says Jeremy Kelly, Director of Global Research, JLL. 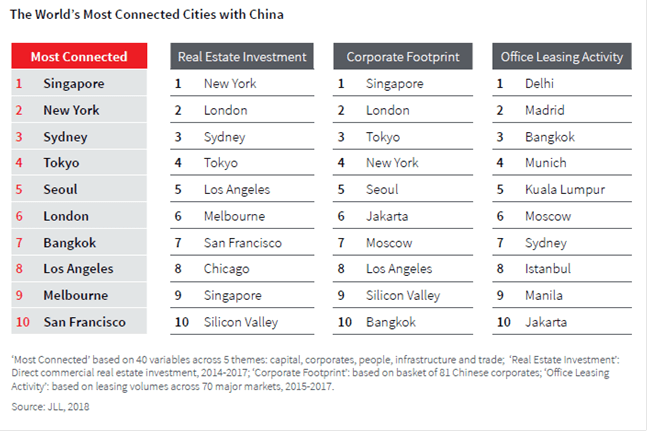 China’s largest companies are leading the charge overseas and emerging as some of the world’s most innovative brands. In terms of scale, Baidu, Alibaba and Tencent rival Google, Amazon and Facebook while hardware giants like Huawei, ZTE and Lenovo have become some of China’s most internationalised firms.

Amongst the global network of cities, Asian markets such as Singapore, Tokyo, Jakarta, Bangkok, Seoul and Delhi are featured prominently. Leading the pack is Singapore as the top destination for mainland firms expanding overseas.

Not only is it Asia’s most stable and transparent market and a global financial services hub, Singapore also carries strong links to China and is geographically well-placed to act as a gateway into Southeast Asia.

According to a report by The Nation Nexus Property Marketing says the property market in Bangkok has been adjusted to serve foreign investment, while more mid-sized players and new developers tap into the market.

The market for luxury homes in central Bangkok would continue to grow in the second half of this year, managing director Nalinrat Chareonsuphong forecast.

During the first quarter of 2018, 14,094 condominiums had become available in Bangkok from both large and small developers, Nalinrat said.

In the first quarter, around 20 per cent of condominiums in Bangkok were developed by large Chinese companies without investing as joint ventures with Thai developers. The combined value of these projects was over Bt30 billion, she said.

Thailand and Japan continue to be the two hottest outbound destinations for Chinese travelers according to Ctrip (Nasdaq: CTRP), the largest online travel agent in Asia and the second largest in the world.

Chinese make up the largest group of visitors to Thailand and, on average, they spend more than other tourists – more than Bt5,000 per person a day, according to Yuthasak.

The TAT plans to kick off the promotional campaign on Fliggy, a leading Chinese online travel service provider, after June, Yuthasak told The Nation in an interview. 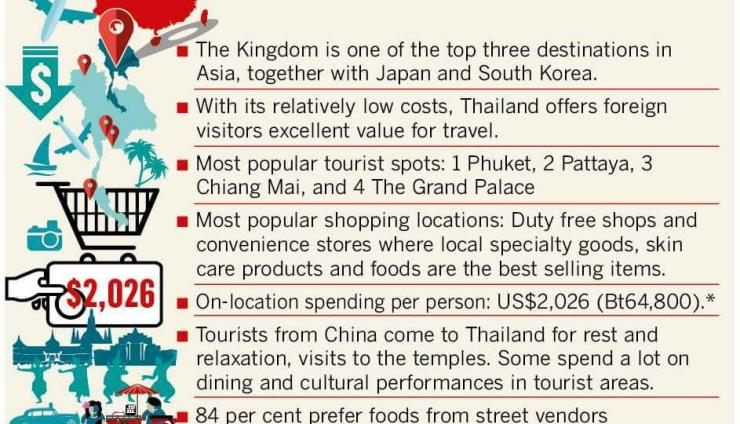 US China trade war : What does it mean for real estate?