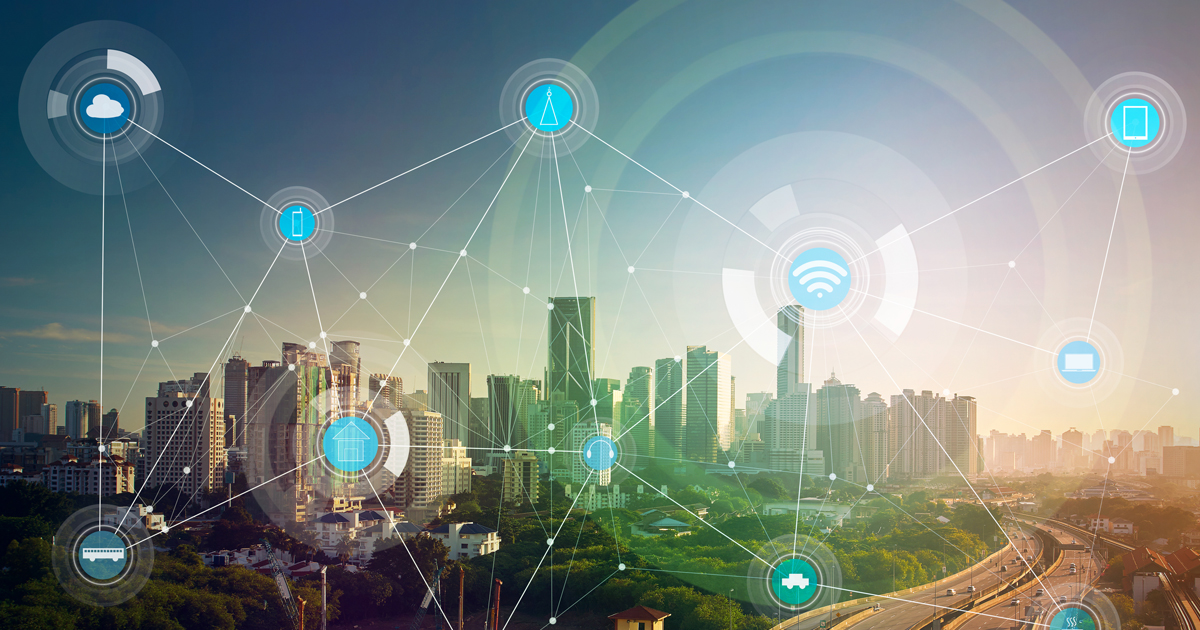 Thailand is the second largest economy in the 10-nation ASEAN, following Indonesia. Service is the largest sector of the economy with a GDP share of 55%, followed by 36% in industry, with agriculture constituting 9% of GDP.

Thailand is the second largest economy in the 10-nation ASEAN, following Indonesia

The Thai economy expanded by 3.7% year-on-year (YOY) in Q2 2017, accelerating from 3.3% YOY in the previous quarter, thanks to a robust growth in the agriculture sector and major service industries including hotels and restaurants; transport and communication; and trading.

For the whole year of 2017, GDP growth is expected to grow by 3% due to higher public investment and private consumption as well as a recovery of the export sector.

Following the death of King Bhumibol Adulyadej in October 2016, Thailand has entered a one-year mourning period. With the royal succession handled smoothly and Crown Prince Maha Vajiralongkorn officially taking the throne in December 2016, attention has now turned to the upcoming general election, which is pledged by Prime Minister Prayuth to be held by end-2017 at the earliest following the approved new constitution in August 2016.

To yield more concrete results in stabilising the country, the Thai government has accelerated the implementation of national reform, including the “Thailand 4.0” policy in modernising the economy.

Ten industries focussed on innovations will be the new growth engines to help create a smart and digital economy, including next-generation automotive, smart electronics, biotechnology, robotics, biofuels, digital, medical and healthcare, and high-income and medical tourism.

Aside from improving national broadband network, building SME digital parks, and nurturing innovative start-ups, the government is developing the Eastern Economic Corridor (EEC), which spans the three provinces of Chonburi, Rayong and Chachoengsao.

The EEC is designated for developing high-tech industry clusters and becoming a hub for industrial, infrastructure and urban development in ASEAN. The Thai government expects the EEC to draw in 1.5 trillion baht (US$43 billion) worth of investment in infrastructure and industrial projects.

Thailand intends to build a rail line of some 870km to link its border with the Laos-China railway (which is being constructed) to the eastern ports and industrial zones in the EEC. In June 2017, the Thai government indicated it would invoke Article 44 of the Constitution to grant legal exemptions to the construction of one section of the Thai Chinese High-speed Rail (HSR) project, under which Thailand is to fund most of the project with China to provide technical assistance.

Thai-China rail project is seen as a key element of cooperation between the two countries under the Belt and Road Initiative.

The Thai government increased the daily minimum wage rates by an additional five to 10 THB for 69 provinces with effect from January 2017, while retaining the rate of THB300 per day in the eight provinces of Sing Buri, Chumphon, Nakhon Si Thammarat, Trang, Ranong, Narathiwat, Pattani and Yala. This was the first adjustment in the country’s minimum wage rates since January 2013.

Thailand’s exports of goods recorded 5.2% YOY growth in Q2 2017, accelerating from 2.6% in the previous quarter, with the increase supported primarily by strong rice exports to Africa, China and Iran as well as improved global demand for electronic products and electrical appliances. In the same period, imports expanded by 9.1% YOY, thanks to an increase of animal and fishery products and intermediate goods.

In the first half of 2017, Thailand’s top three trading partners were China, Japan and the US. During the same period, Hong Kong became Thailand’s fourth largest export market.

Thailand maintains pro-investment policies to encourage foreign direct investment (FDI), which is allowed in all sectors except for projects related to national security, agriculture and fisheries, and mass media, while there is restriction on foreign ownership in specific sectors, such as telecommunications, banking, or insurance, under specific laws.

In Thailand, the principal government agency responsible for promoting investment is the Office of the Board of Investment of Thailand (BOI). To promote inward FDI, the BOI offers a range of tax incentives, including an eight-year CIT exemption and 50% tax reduction for five years after tax holidays, double deduction from the costs of transport, electricity and water supply, a 25% deduction on the cost of installation or construction of facilities as well as exemption of import duty on raw or essential materials imported for use in production for export. Eligible investments include seven sectors, namely agriculture and agricultural products; mining, ceramics and basic metals; light industry; metal products, machinery and transport equipment; electronic industry and electrical equipment; chemical, paper and plastics; services and public utilities. More information on Thailand’s investment environment and regulations can be found at the website of the BOI.

In 2015, the BOI launched its 2015-2021 Investment Promotion Strategy with the aim to enhance national competitiveness by promoting high value-added industries, investment clusters, development in the southern provinces, special economic zones (SEZs) in border areas and Thai overseas investment. Under the new strategy, tax incentives and non-tax incentives (e.g. guarantees or protection measures) are granted to investors. Priorities are given to investment in high-tech and creative industries, service industries that support the development of a digit economy and industries that utilise local resources.

The country’s Civil and Commercial Code was amended in 2008 to facilitate investment, cutting the company registration process from nine to one day, and reducing the minimum number of shareholders from seven to three. In the World Bank’s Ease of Doing Business Report 2017, Thailand ranked 46th globally and fifth in East Asia & Pacific.

According to the BOI, approved foreign investment (FDI inflow) plunged 27% to THB 358 billion (US$10.4 billion) in 2016. Japan was the largest FDI source, followed by China, Netherlands, the US and Australia. The bulk of FDI was invested in the manufacturing of electrical appliances and electronics as well as metal products, machines and transport goods.

Hong Kong’s cumulative FDI in Thailand reached US$10.9 billion in 2016, making it the fifth largest FDI contributor. In the same period, China’s FDI stock stood at US$3.6 billion.

To meet its WTO commitments, Thailand has been reducing tariff rates and the number of items subject to import tariff. In January 2005, the government significantly cut import duties on a wide range of items. For example, the import tariff for raw materials was reduced from 7% to 1%, intermediate products from 12% to 5% and finished products to 10%.

Thailand is a member of ASEAN, which signed an agreement with China to establish the China-ASEAN Free Trade Area (CAFTA) in 2010. A concrete step towards establishing CAFTA came in November 2004, when China and ASEAN hammered out the Agreement on Trade in Goods (TIG) to remove tariffs on a range of agricultural and industrial products. The TIG agreement, which covered tariff-lines representing more than 95% of China-ASEAN trade, took effect from July 2005 to phase in tariff reductions. The Trade in Services Agreement also came into force in July 2007. CAFTA was formally established in January 2010, and over 90% of the products traded between China and Thailand are now tariff-free.

In November 2015, ASEAN and China concluded an upgraded agreement on CAFTA that expected to raise bilateral trade to US$1,000 billion (from about US$480 billion in 2014) and ASEAN-bound FDI to some US$150 billion by 2020. Aside from trade in goods and services, the upgraded CAFTA deal also covers technological cooperation.

In November 2007, the free trade agreements (FTA) between Thailand and Japan came into effect. This FTA allows 97% of Japanese exports to Thailand and 92% of Thailand’s exports to Japan to be tariff-free within 10 years.

In 2015, Japan was Thailand’s second largest import source and ranked 3rd among the country’s export destinations. In addition, Thailand has secured FTAs with China, Australia, Japan and New Zealand. Besides, Thailand has embarked on negotiations of FTAs with several economies, including the US, India, the EU and European Free Trade Association (EFTA). The Thailand-Peru FTA came into effect since January 2013 while FTA with Chile was signed in October 2013. An FTA between Thailand and Pakistan is expected to be concluded by 2017.

Thailand has signed double taxation agreements (DTAs) with 60 countries/territories, including Australia, the Chinese mainland, France, Germany, the US, Japan, Korea and Hong Kong. It has also entered into a Comprehensive Double Taxation Agreement (CDTA) and Investment Promotion and Protection Agreement (IPPA) with Hong Kong.

Thailand was Hong Kong’s 11th largest export market and the 9th largest import source in the first seven months of 2017. Hong Kong’s exports to Thailand increased by 12.1% YOY to US$3,998 million, while imports from Thailand expanded by 7.7% YOY to US$6,396 million. Hong Kong ran a trade deficit with Thailand amounting to US$2,399 million.

As of 1 June 2016, there were 27 local offices and 5 regional offices set up by Thai companies in Hong Kong. For example, Bangkok Bank has a local presence to facilitate Chinese customers in doing business with Thailand and the rest of Asia. In addition, there are many small and medium enterprises (SMEs) established by Thai people in Hong Kong, mainly engaging in retailing business of electronics, processed food and furniture.

More information on the Belt and Road countries’ economic and investment environment, tax and other subjects that are important in considering investment and doing business are available in The Belt and Road Initiative: Country Business Guides.