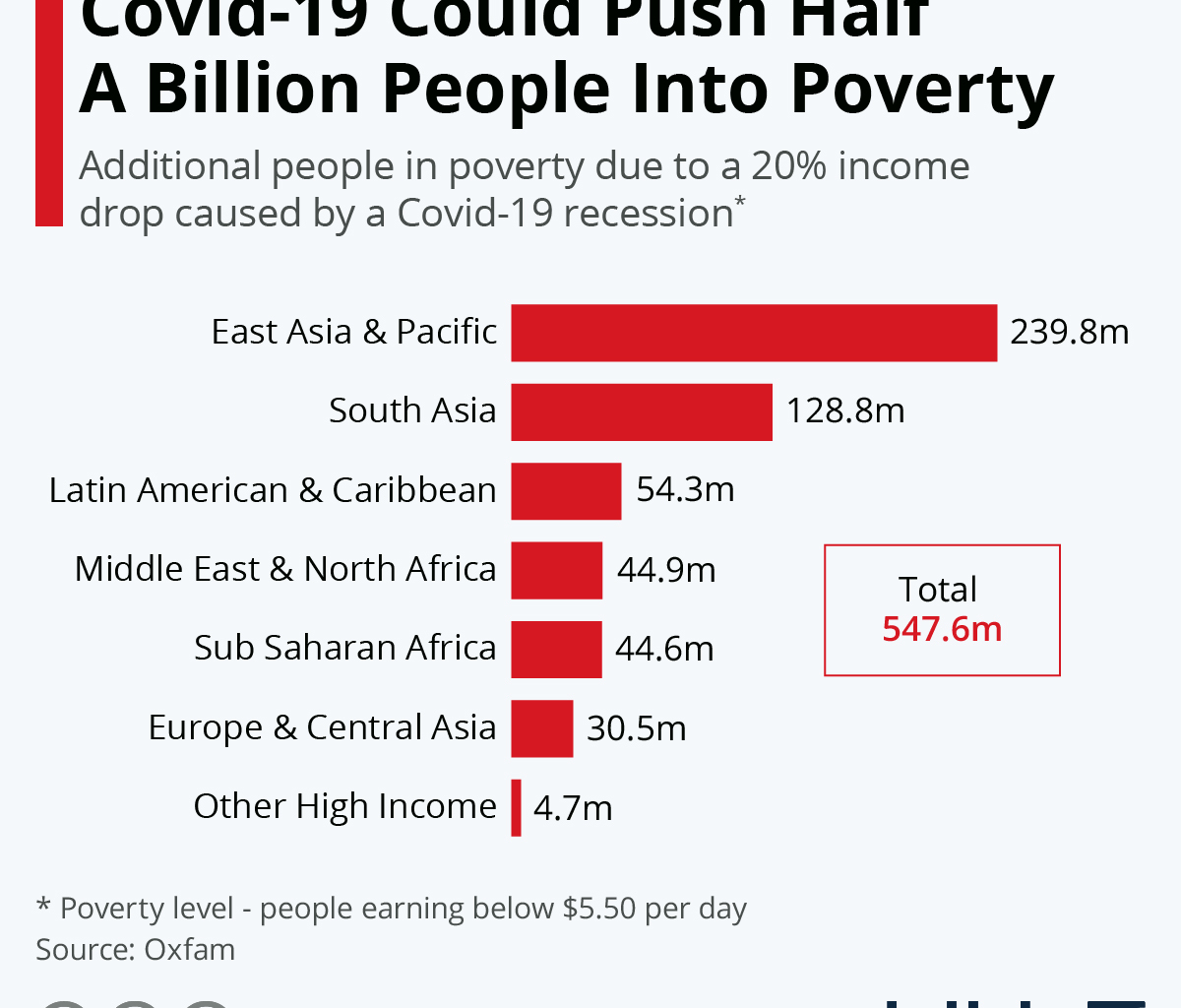 Covid-19 Could Push Half A Billion People Into Poverty

Charity group Oxfam has warned that a recession caused by Covid-19 could push an extra half a billion people into poverty – 8 percent of the world’s population – unless urgent action is taken.

A global recession could reverse up to three decades of improvements in living standards and, according to one estimate, push 420-580 million people worldwide into poverty. The World Food Program, has warned that COVID-19 will likely double the number of people suffering from acute hunger, to 265 million.

The most serious scenario involves a 20 percent fall in income which would result in an additional 548 million people earning less than the World Bank poverty threshold of $5.50 per day.

Between 2015 and 2018, the poverty rate in Thailand increased from 7.2 percent to 9.8 percent, and the absolute number of people living in poverty rose from 4.85 million to over 6.7 million. The increase in poverty in 2018 was widespread – occurring in all regions and in 61 out of 77 provinces.

Although lockdowns are being eased in many places, the daily number of new COVID-19 cases worldwide recently reached its highest level yet, while the pandemic’s devastating economic toll continues to mount as new epicenters arise in the emerging and developing world.

We are at a critical moment, because the poorest countries in Africa, Asia, and Latin America are facing economic and public-health emergencies that demand immediate action. A diverse group of middle-income economies need help, too. Together, these countries represent nearly 70% of the world’s population and account for approximately one-third of global GDP.

This year’s target at 7.5 million tons, which is lower than the 7.69 million tons exported last year.

UTCC President Thanavath Phonvichai reported September’s CCI stood at 44.6 and has now risen for the 4th consecutive month. The index is at its highest level in 8 months.

A Chinese economic slowdown, particularly in the industrial sector, could pose challenges for emerging markets, especially those that export a significant amount of goods to China or who rely on Chinese manufacturing inputs.