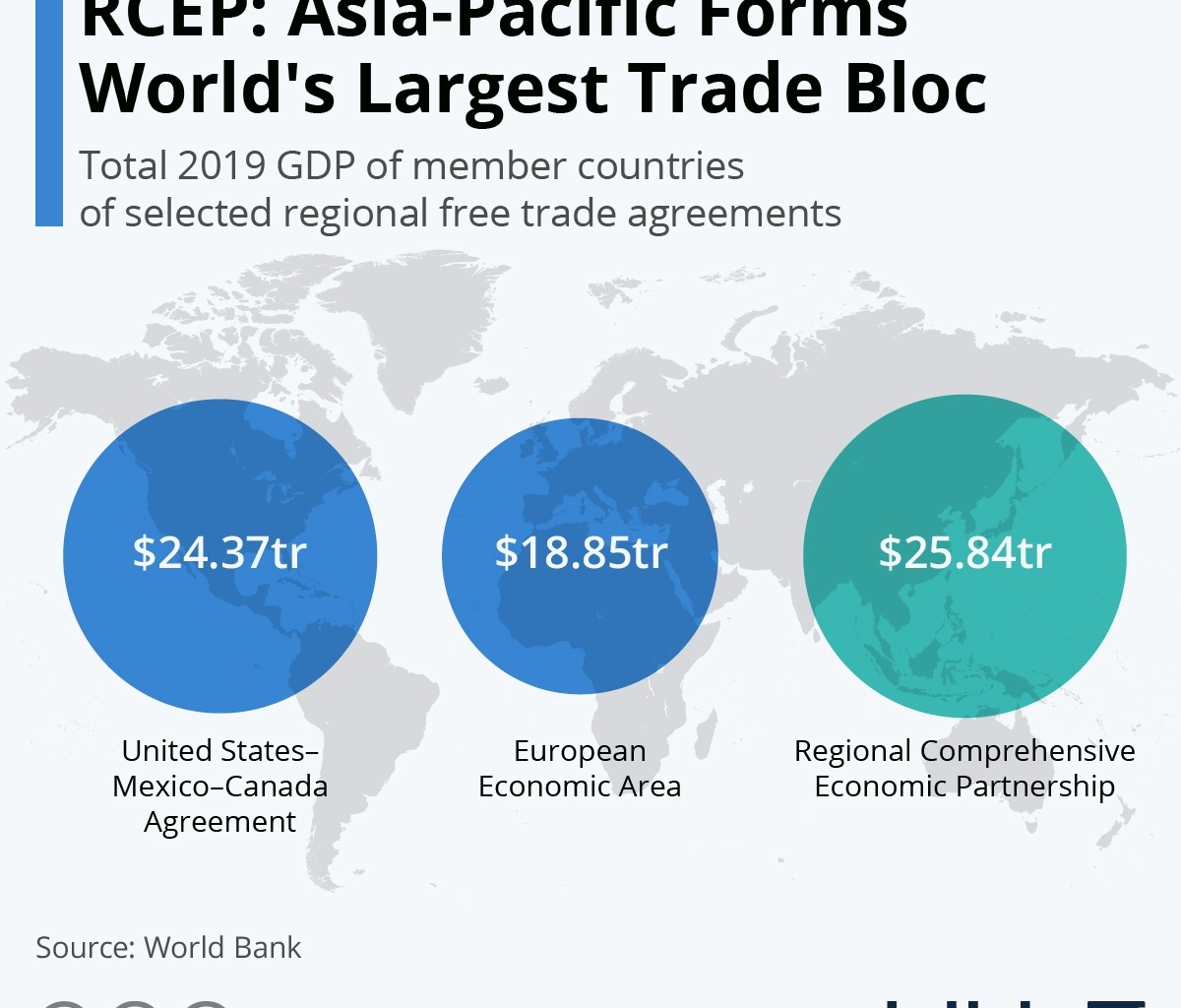 The Regional Comprehensive Economic Partnership (RCEP) could eventually usher in an era of much deeper regional integration: for corporates doing business in the region, their future success may well hinge on how adeptly they manage to navigate the evolution of Asia’s trade landscape under the RCEP.
Share
Tweet
Share
Share
Share

In the below piece, H+K Greater China takes a look at how the emergence of the world’s newest and biggest economic club in Asia may shape the regional trade order, geostrategic rivalries, and the future of globalization. Key highlights include:

• The RCEP is the largest free trade pact in history, with its 15 member states currently encompassing about one-third of the global economy and projected to account for 50% by 2030.

• While not pioneering major breakthroughs in trade liberalization – its provisions are generally more modest compared to Asia’s existing multilateral and bilateral trade deals – the RCEP’s significance lies in its sheer scale, success in bringing together a hugely diverse set of member nations, and potential to ultimately create a much more unified trading zone in the world’s fastest-growing region.

• What’s more, the new multilateral compact underscores the extent to which Asian economies are increasingly rallying together to build the region’s future trade architecture themselves and assume a role in global governance that better reflects their rising economic clout and dynamism.

• China looks set to be a major beneficiary of the new treaty, whose signing marked an important economic win as well as a diplomatic coup for the RCEP’s heavyweight. China will be well-placed to leverage the new multilateral framework as a vehicle to bolster its regional leadership and secure new and deeper free-trade arrangements with other participating countries.

• America is now left outside Asia’s two main trading groups, the RCEP and the CPTPP. For the world’s largest economy, the near-term ramifications will be minimal, but the long-term consequences could be grave if the U.S. remains marginalized from the region’s top multilateral frameworks.

• Companies’ future success in the region may well hinge on how adeptly they navigate the evolution of Asia’s trade landscape under the RCEP. While the new economic zone is not expected to enter into force until late next year or early 2022, the time to start getting RCEP-ready is now

Nearly a decade in the making, the RCEP creates a massive new pan-Asia economic bloc that is larger than both the U.S.-Mexico-Canada Agreement and the E.U. The mega-pact currently encompasses about one-third of the world’s economy and population, covering a market of 2.2 billion people and US$26.2 trillion of global output.

More importantly, the Asia-Pacific region’s economic weight is expected to continue to grow rapidly in the years ahead as the center of economic gravity continues to shift ever eastwards. By 2030, the 15 RCEP economies are projected to expand to account for roughly 50% of the world’s GDP, according to HSBC.

Before taking effect, the RCEP still needs to be ratified by the national governments of at least six ASEAN countries and three other member states. This could be a slow process, and even after ratification it will then take years for the RCEP to go fully operational.

While the immediate economic benefits will be limited, the eventual creation of a more unified and cohesive regional trading system is expected to set the foundation for participating countries to pursue much deeper economic cooperation and integration in the future.

Economists at the Peterson Institute for International Economics estimate that the RCEP could add nearly US$200 billion annually to the global economy within the next decade.

For corporates doing business in the region, their future success may well hinge on how adeptly they manage to navigate the evolution of Asia’s trade landscape under the RCEP. It will probably be a year or so before the vast economic zone is officially launched, but the time to start getting ready is now.

Companies are encouraged to first acquire an in-depth understanding of the new multilateral treaty and then carry out strategic assessments about how it may impact their operations across various time horizons – beginning from the day it takes effect through the short, medium, and long run. Taking a forward-thinking approach will be critical to effectively maximize the benefits available to their businesses while minimizing any potential risks as the world’s largest free trade pact takes shape in the coming years.

Thailand has seen higher demand for its rice as countries seek to ensure food security and replace wheat and corn in the animal feed industry.